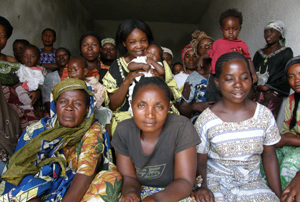 Caritas statement to the ILC

Caritas has been advocating for legal rights for domestic migrant workers with its “Under one roof, under one law” campaign. Migrant workers, especially women and children, are often vulnerable to exploitation and abuse.

Caritas wants Article 7 of the proposed Convention concerning migrant domestic workers to be given full recognition. The Convention is being proposed by the International Labour Organisation. If adopted at the Conference, it would move then to ratification and implementation in national and international law.

Caritas will be participating in a side event on 3-4 June alongside its partner organisations at the Geneva Ecumenical Centre.

Caritas is also highlighting issues which it believes are vital to protecting migrant workers.

Children under 18 should not be professional domestic workers. Caritas is especially concerned that those who are also migrants face a higher risk of abuse. They are isolated, separated from their families and almost totally dependent on their employers. If they need to work, their right to education must be protected.

Migrant workers who have suffered abuse must have genuine access to justice and redress. While this is ongoing Caritas believes they must be allowed to remain in the country they have migrated to.

Effective monitoring of employment agencies to end abusive practices. Some charge high fees without putting into place any protective measures or access to justice. Agencies should have to renew their licenses periodically. Abusive ones should be prevented from operating.

Governments should allow migrant workers to benefit from the contributions paid during their working life in their host country, in the form of portable pensions.

A training and a diploma system needs to be put in place and domestic work officially recognised as a profession.

Migrant domestic workers should be able to bargain collectively and to share their experiences to support one another. Their vulnerability to isolation and psychological suffering should be recognised.