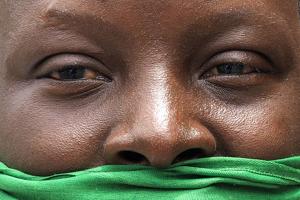 The Durban COP17 summit ended with governments agreeing to work towards a legal treaty that will bind developed and developing countries to cutting greenhouse gas emissions.

Caritas welcomed the progress made during talks, but says science shows it’s not enough to stop widespread droughts and the creation of millions of migrants as food production collapses.

Caritas Internationalis Director of Advocacy and Policy Martina Liebsch said, “We are all polluting the environment now and everyone, every country should take responsibility for that.”

Caritas says it was important to get the commitment at Durban towards a legally binding deal on reducing greenhouse gas emissions.

The agreement was in large part due to leadership from a progressive alliance including the European Union and poorer countries against the United States, Canada, Japan and Australia.

It keeps a narrow pathway open to avoid a 4C rise, but lacks the ambition needed to safeguard millions of lives from the future impact of extreme weather caused by manmade climate change.

Caritas welcomed steps towards setting up a ‘Green Climate Fund’ for poorer countries vulnerable to the impact of climate change. Every $1 spent now in mitigation and adaptation will save $7 spent on emergencies.

But Caritas regrets that countries have not lived up to their pledges. Martina Liebsch said, “Money is urgently needed to help the most poor and vulnerable to adapt to Global warming and its effects.

“We need to look at innovative funding resources such as a tax on maritime transport and aviation as well as a financial transaction tax.”

Caritas is urging governments to move beyond the lowest common denominator deal in Durban and to use the Rio20+ meeting to deliver a step-change in climate action.