A dream of peace justce and freedom for South Sudan 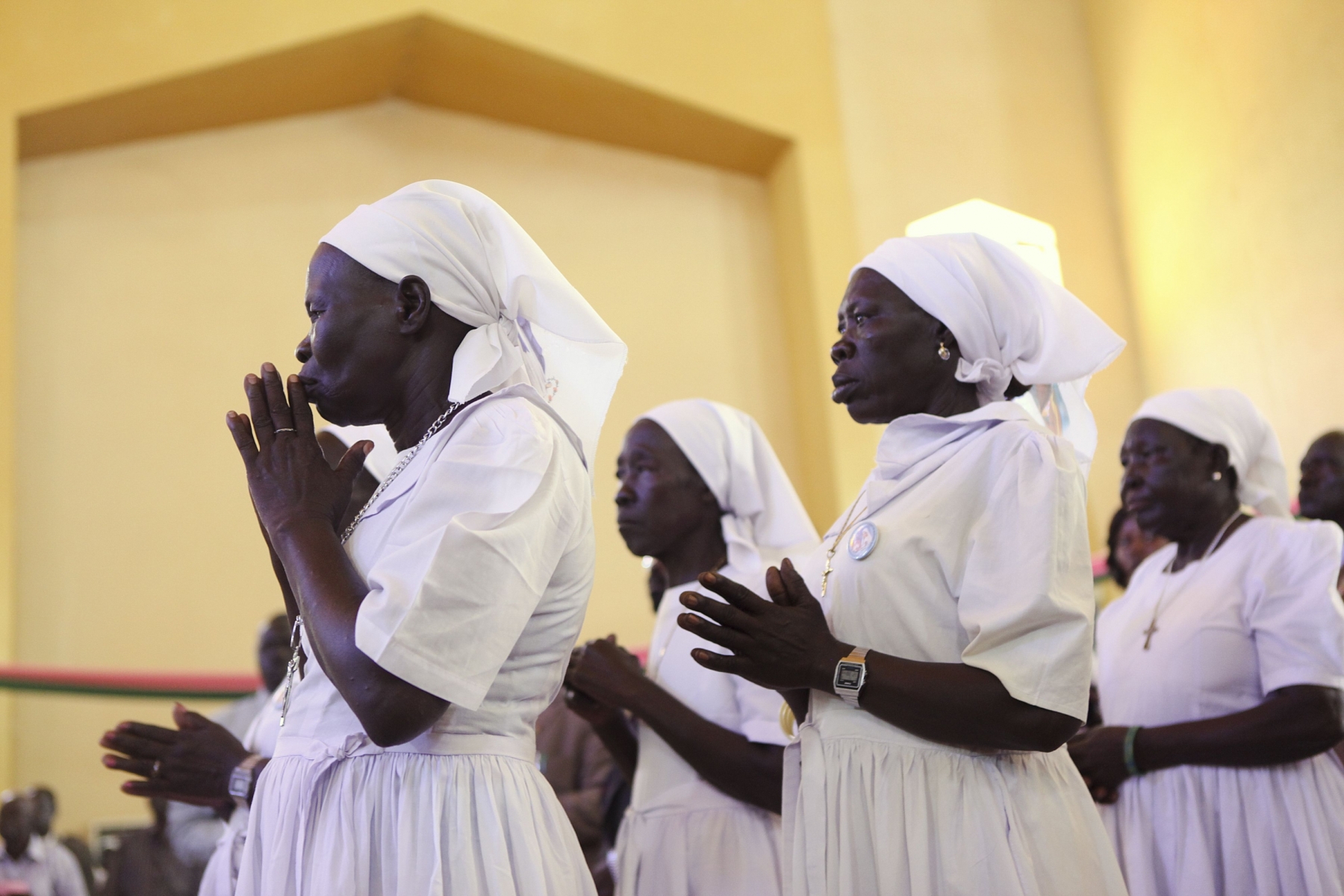 Worshipers at the cathedral in Juba, South Sudan. By Sara Fajardo/CRS

MEETING OF THE EPISCOPAL AND CATHOLIC BISHOPS OF SOUTH SUDAN

“WE HAVE A DREAM OF PEACE, JUSTICE AND FREEDOM”

Blessed are the peacemakers; they shall be recognised as children of God (Matthew 5:9)

[YEI, SOUTH SUDAN, 11th MAY 2012]: Fourteen bishops representing the Catholic and Episcopal Churches of South Sudan, led by Archbishop Paulino Lukudu Loro and Archbishop Daniel Deng Bul, met in Yei, South Sudan, from 9th – 11th May 2012, to pray and reflect together on the relationship between the two Churches, their wider ecumenical responsibilities, and the role they can play in bringing peace and understanding between Sudan and South Sudan. Their brother bishops from the Republic of Sudan were unable to attend the meeting due to the current political situation.

The bishops received with gratitude a message of support from the Archbishop of Canterbury. The Most Reverend John Sentamu, Anglican Archbishop of York, and facilitators from the Southern African Catholic Bishops’ Conference, attended the meeting in a demonstration of solidarity by the Universal Church.

The Special Representative of the UN Secretary General, Ms Hilde Johnson, visited the bishops, who expressed to her their appreciation for the work of UNMISS, particularly in the Jonglei peace process. The bishops welcomed the peace accord signed by leaders of the six communities of Jonglei State and urged all stakeholders to implement the resolutions and recommendations.

The bishops released a Message of Peace entitled “We have a dream” (attached):

“We dream of two nations which are democratic and free, where people of all religions, all ethnic groups, all cultures and all languages enjoy equal human rights based on citizenship. We dream of two nations at peace with each other, cooperating to make the best use of their God-given resources, promoting free interaction between their citizens, living side by side in solidarity and mutual respect, celebrating their shared history and forgiving any wrongs they may have done to each other. We dream of people no longer traumatised, of children who can go to school, of mothers who can attend clinics, of an end to poverty and malnutrition, and of Christians and Muslims who can attend church or mosque freely without fear. Enough is enough. There should be no more war between Sudan and South Sudan!”

They analysed the events which led to the current crisis between Sudan and South Sudan. While thanking the International Community for all its support over the years, the bishops nevertheless called for greater understanding of the aspirations of the South Sudanese people as they build a new and sovereign nation.

The bishops welcomed UN Security Council Resolution 2046 and called for its immediate and full implementation. They expressed their concern about the situation of South Sudanese and other marginalised peoples in the Republic of Sudan, and condemned the continuing aerial bombardment of civilans by Sudan Armed Forces.

The bishops recommitted themselves to work ecumenically, and considered how they could strengthen the Sudan Council of Churches in this period of transition and crisis between the two nations.

The Church will, as always, be in the forefront of the struggle to bring about a just and lasting peace in which the human dignity and human rights of each person are respected.

Read an editorial in the Irish Times by Bishop Macram Max Gassis of El Obeid Diocese who wants unhindered humanitarian access to people trapped in the violence on the border between North and South Sudan. And here is an interview with Bishop Gassis on RTÉ, an Irish radio station