Death of an activist: killings of environmentalists mount in Philippines 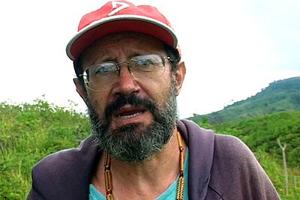 Fr. Tentorio is one of many environmental campaigners killed in recent years in the Philippines. There have been 36 recorded killings of activists since 2007 in the Philippines, including seven in 2011. Credits: PIME

Fr. Fausto Tentorio was shot eight times as he was getting into his pickup truck parked by the Church of Mother of Perpetual Help in Arakan, North Cotabato last October.

The 59-year old Italian missionary had come to the Philippines in 1978. Affectionately called ‘Tatay Pops’, he was well known for his love of planting trees and protecting the indigenous people of Mindanao. He was described by colleagues as “a gentle man, evangelically simple and prudent” but “fiercely courageous” in his advocacy for the marginalised people, especially the indigenous.

An outspoken voice against the damage mining companies were doing to their ancestral lands, he had been threatened before. On one of his visits to an indigenous village in 2003, he said armed men “threatening to cut off his head” came to kill him. The villagers helped him escape that time.

Jimmy Liguyon was shot dead in his home in San Fernando Bukidnon in March this year. He led an organisation of indigenous peoples who work to defend and promote land rights and the sustainable use of environmental resources.

Francisco Canayong was cycling home on 1 May in Eastern Samar when he was ambushed and stabbed to death. A leading figure on the need for environmental protection, in the past he had refused bribes to stop opposing the mining companies and received death threats.

On 9 May, Margarito Cabal, 47 years old and married with three children, was shot at his home in Bukidnon by two armed men on a motorcycle. Cabal was a local government official well known for resisting the building of a mega-dam that will affect a huge area of Bukidnon and North Cotabato in Mindanao.

The Catholic Church in the Philippines says there is a culture of impunity in the Philippines. It says the government doesn’t provide protection or justice to the peace builders. “No human rights defenders should ever live in fear because of what they believe in,” said Bishop Broderick Pabillo, President of Caritas Philippines-NASSA. 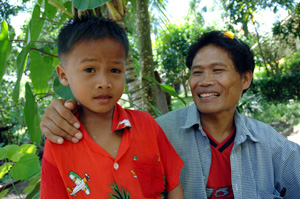 Fr. Tentorio killing remains unsolved up to this day. Francisco Canayong killers remain unidentified too. Armin Marin, a staunch environmental activist in Sibuyan was shot dead in October 2007 while leading a picket of hundreds of anti-mining advocates. After five years of investigations and court hearings, Mario Kingo, the man accused of killing Marin, only received a three-year sentence in May this year.

Jimmy Liguyon’s widow and children search for justice has led them to join other families in occupying a makeshift camp in Bukidnon in protest against the continuing militarization of their communities. On 21 March, Liguyon’s daughter Jasmine gave birth to a baby boy inside the family tent. They named the boy Justice Jimmy.

“Beyond the usual expressions of condolences and condemnation, the government and state authorities have not really done anything that will reverse the trend of senseless killings in the country,” said Bishop Pabillo. “The victims, their families and friends don’t need these futile words. Rather, we desire to see these killings stop than be consoled by the platitudes they give in exchange of our grief”.

The Philippines is thought to have the third largest global gold deposits and the fourth largest of copper. Much of the land marked for mining expansion is the ancestral territory of indigenous peoples. The country’s 1997 Indigenous Peoples’ Rights Act gives legal protection for indigenous communities, but critics, including the UN Special Rapporteur on Indigenous Rights, say that it is contradicted by other legislation and is not always properly enforced. 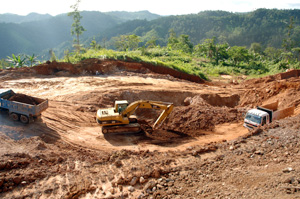 In many parts of the Philippines mining has had a disastrous impact on the lives of the indigenous. They have been forced from their land, seen their sacred sites destroyed and their communities riven by conflict. The wealth of natural resources have generated huge profits for mining companies, but a quarter of the population live below the poverty line, a figure unchanged in the last five years.

These concerns have motivated the Catholic Bishops of the Philippines to condemn the government’s mining policy. They also want to see an end to the killings and those responsible to be brought before the courts.

In 2008, the Geneva-based UN Human Rights Council recommended that the Philippines “intensify its efforts to carry out investigations and prosecutions on extrajudicial killings and punish those responsible.” The Philippines government accepted those findings, but subsequently has only successfully prosecuted four cases of extrajudicial killings, say Human Rights Watch.

UN Human Rights Council is set to review the government’s commitment on human rights in first week of June. Caritas’ Fr. Edwin Gariguez says that with no decisive effort made to address extrajudicial killings of environmentalist and anti-mining activists, “it will not be a surprise if the Philippine Government will not get a favourable review”.

Long before his murder, Fr. Fausto Tentorio had asked to be buried in a coffin made out of his favourite mahogany tree, one he had planted in the 1980s. As a sign of honour, his parishioners cut down the tree and made the casket. Fr. Tentorio got his wish, his friends, colleagues and parishioners now demand theirs: no impunity for the murderers, an end to the killings and a halt to environmental destruction of the land.