Governments must give hope to domestic workers 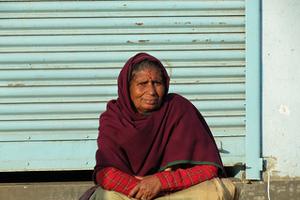 Many employment agents come to this area of western Nepal, offering well-paying jobs in return for a fee. Sometimes villagers work abroad for years, are not paid, and are abused. Caritas Nepal and other NGOs run programmes to encourage safe migration. Caritas urges people not to surrender documents like their passport and not to trust all employment agents. Caritas also gives women small loans so they have income-generation options at home and don’t have to leave their families.
Credits: Sheahen/Caritas

Caritas urges governments to ratify the international convention which encourages the better treatment and protection of domestic workers. The call comes as the International Day for Decent Work is marked on 7th October.

The International Labour Organization’s Convention 189 protects domestic workers’ rights by limiting working hours, ensuring they have holidays and regulating international employment agencies among other things. But the Convention is only effective if it is ratified by countries with communities of domestic workers.

To be ‘decent’, work should be an opportunity for the individual to contribute to society, while achieving personal development. It should be performed according to a set of fair rules, starting with the respect of the person performing tasks.

Domestic work is done by poor women, many of them migrants or even minors, in private households. This means the workers are at risk from exploitation regarding over-work, poor pay and sometimes physical and mental abuse.

Convention 189 has been ratified by Uruguay and the Philippines. Ratification is almost complete for Mauritius while Italy and Costa Rica are expected to be next. Yet many countries are not ready to adopt the convention and give hope and rights to thousands of domestic workers worldwide.

“It needs a change of mentality and of the perception of domestic workers and their important role as carers. Many of us can only go to work because somebody else is taking care of our children, our elderly and our homes,” says Maria Suelzu, International Advocacy Officer at Caritas Internationalis.

Caritas does advocacy work for migrant domestic workers’ rights and encourages its members to join the International Trade Union Confederation (ITUC) campaign called 12 by 12. The campaign aims to have 12 ratifications of the convention in 12 months.

Read some stories about migrant domestic workers in Jordan