World AIDS Day: “Where have we gone, where are we going? 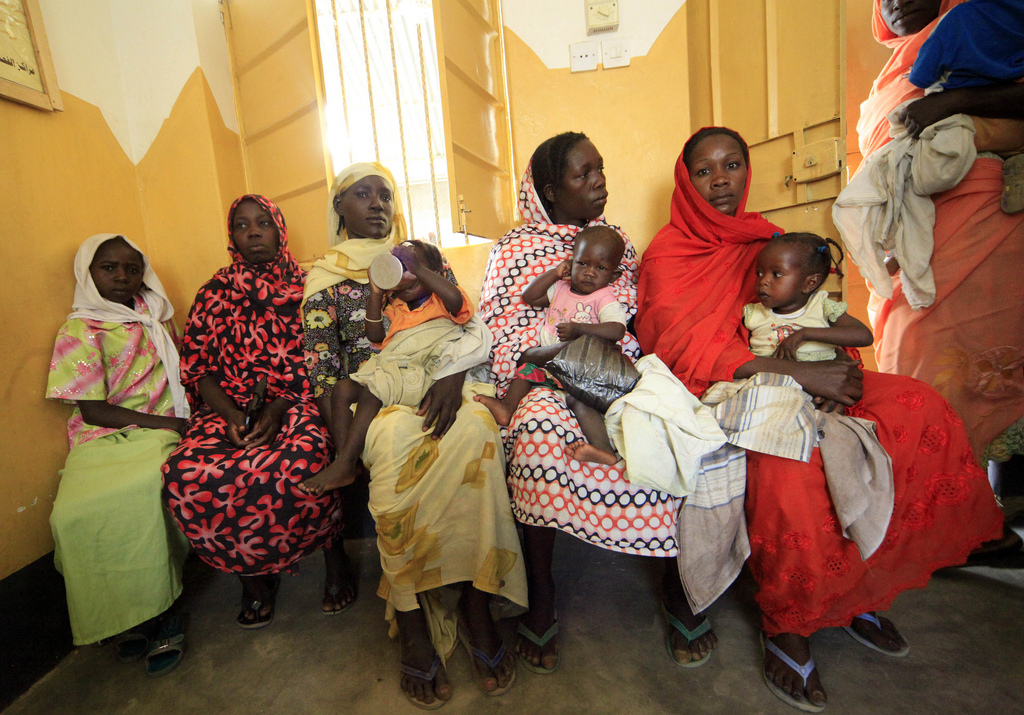 HIV: Much progress but still many challenges

World leaders gathered at UN headquarters in June 2011 to assess progress in the global AIDS response. They noted that global HIV incidence was declining, access to combination anti-retroviral treatment was expanding, and a global movement had been mobilized to respect and protect the dignity of all affected by HIV. They affirmed that the HIV response had changed our world by elevating global inequities in health onto the political agenda and placing people at the center of health and development efforts. They cautioned, however, that such accomplishments might be in grave jeopardy due to aid fatigue and an enduring global economic downturn, which were posing threats to future support for essential initiatives.[1]

As we prepare to observe World AIDS Day once again on the first of December, UNAIDS recently released its estimate that 34 million people were living with HIV at the end of 2011; this represents an estimated 0.8% of all adults aged 15-49 years. However, the burden of the epidemic continues to vary considerably between countries and regions. Sub-Saharan Africa remains most severely affected, with nearly 1 in every 20 adults (4.9%) living with HIV and accounting for 69% of seropositive people worldwide. Women and girls comprise 60% of infected people in this region.

After sub-Saharan Africa, the regions most heavily affected are the Caribbean and Eastern Europe and Central Asia, where one percent of adults were living with the virus in 2011. Although the regional prevalence of HIV infection is nearly 25 times higher in sub-Saharan Africa than in Asia, almost 5 million infected people are living in South, Southeast and East Asia combined.

The number of people newly infected with HIV continues to decrease, with infections in 2011 estimated to be 20% lower than in 2001. Here, too, variation is evident. Since 2001, the greatest progress in decrease of new infections occurred in the Caribbean (42%) and sub-Saharan Africa (25%).

In some other parts of the world, increases in new infections, both for children and for adults, should raise a cry of alarm. Since 2001, the number of people newly infected in the Middle East and North Africa has increased by more than 35%. Evidence indicates that new infections in Eastern Europe and Central Asia began to increase during the last decade.[2]

Young people between the ages of 15 and 24 years account for 40% of all new adult HIV infections. Moreover, infection rates are twice as high among young women as among young men of the same age.

I cannot conclude this overview of global epidemiology related to HIV, however, without making special note of seropositive children. Last year 330,000 such children were newly infected with HIV. This represents a 43% decrease since 2003, but let us not forget that, because of excellent Prevention of Mother-to-child Transmission (PMTCT) Programmes and ongoing treatment of HIV-positive mothers, such infections virtually have been eliminated in high-income countries such as those in Western Europe and North America. Since 2009, Caritas Internationalis has been engaged in a strong advocacy campaign to promote early diagnosis and treatment of both HIV-positive pregnant women and their children, most especially those living in low- and middle-income countries, and to encourage pharmaceutical companies to develop better formulations of medicines for use with infected children, 50% of whom will die before their second birthday if they do not have access to such medicines.

I feel privileged to serve as a member of the Global Steering Group for the Implementation of the Global Plan to Eliminate New HIV Infections among Children by 2015 and to Keep their Mothers Healthy, which was launched by UNAIDS and the US Government’s PEPFAR Program.  I can report that much progress has been made, in the 22 focus countries, 21 of which are in Sub-Saharan Africa plus India, where governments and civil society organizations are working in collaboration to scale up Early Diagnosis of Pregnant Women, to provide them with anti-retroviral treatment in order to prevent transmission to their children while in utero, during the birth process, and throughout the breastfeeding period, and to diagnose and treat as early as possible those children who do become infected – but we continue to race against the clock in order to reach our goal by 2015.

In this same regard, during an address to African Ministers of Health convened by the Comunità Sant’ Egidio in Rome, Cardinal Tarcisio Bertone, Secretary of State to Pope Benedict XVI, passionately appealed for Universal Access to early diagnosis and treatment for mothers living with HIV in order to keep them healthy and to prevent vertical transmission of the virus to their children:

“I would like to address an appeal to the International Community, to States and to donors: … May universal access to treatment be agreed!

“Let us do so beginning with the mothers and children.” [3]

For the first time in the history of the HIV epidemic, more people are receiving anti-retroviral (ARV) treatment than those waiting to gain access to these medicines.  With ARV coverage now at 58%, as reported by UNAIDS, over 8 million people in low- and middle-income countries are receiving treatment. This trend places the goal of 15 million people on treatment by 2015 within achievable range.  These efforts are especially pertinent to HIV prevention since the HPTN 052 Study, conducted in thirteen sites in Africa, Asia, and the United States, demonstrated, in May 2011, that early treatment (when an infected person has a CD4 cell count of 350 to 550) reduced the risk of sexual transmission to an uninfected partner by 96 percent when compared to the transmission rate in the delayed arm of the study among which treatment was started once CD4 cell count was less than 250.[4]

In his plenary speech to the 2012 International AIDS Conference, the Director of the National Institute of Allergy and Infectious Diseases (USA), Dr. Anthony Fauci, lauded the availability of 30 antiretroviral drugs at prices within reach of low-resource settings.  Optimizing drug regimens continues to be an ongoing effort primarily aimed at manufacturing drugs as fixed-dose combinations with minimal toxicity.  The most impressive growth in coverage has been in sub-Saharan Africa, where the need is highest and where now 56% of people living with HIV are on ARV treatment, according to UNAIDS.[5]

Scientific evidence also has demonstrated that change in sexual behavior is possible and feasible. In its 2011 report on the state of the HIV epidemic, UNAIDS reported that, in countries with generalized epidemics such as those found in sub-Saharan Africa, a combination of behavior changes, including reduction in the number of sexual partners and delay in the age of sexual debut, have reduced new infections (incidence) in several countries. HIV incidence in urban Zimbabwe, for example, fell from an extremely high peak of almost six percent in 1991 to less than 1 percent in 2010.[6] Eleven country reports received by UNAIDS indicated significant decreases in the percentage of young men with multiple sexual partners, and eighteen countries reported significant declines during 2010 in the percentage of young women and men who had engaged in sexual intercourse before age fifteen.[7]

Thus, after years of criticizing the Church’s teaching that has promoted effective HIV risk avoidance rather than the quick fix of mere “risk reduction” through promotion and distribution of condoms, or, in the case of injecting drug use, of clean syringes and needles, the public health world seems to be catching up to values promoted by the Church for time immemorial.

Special efforts have been made in countries with generalized epidemics to encourage voluntary medical male circumcision, since studies have demonstrated that circumcised men are more than 60% less likely to contract the virus from their female sexual partners. Catholic Relief Services and Catholic Medical Mission Board, both based in USA, but serving in various parts of the world, have made great efforts to encourage more male involvement in both HIV prevention and treatment efforts within families and local communities.

HIV is becoming a “Chronic Disease” but that brings more challenges …

As access to antiretroviral therapy expands, the HIV response is evolving from a disease-specific emergency response to a chronic disease management challenge that needs to be addressed within the context of other chronic health conditions. This development is linked to a larger phenomenon – the quickly growing number of people with other chronic diseases and the considerable burden being placed on health systems and societies.

Non-communicable diseases (NCDs)––in particular cardiovascular diseases, cancers, chronic respiratory diseases and diabetes––are the biggest cause of death worldwide. More than 36 million people die annually from NCDs, including 9 million people who die before the age of 60. More than 90% of these premature deaths occur in developing countries and, for the most part could be prevented.

In October 2012, Caritas Internationalis and the World Health Organization co-sponsored a consultation, in Vatican City, on the role of religious organizations in response to the global and local challenge posed by NCDs. We look forward to an ongoing learning and experience exchange and especially want to encourage integrated primary health and person-centered development programming to prevent and treat NCDs.

Experience in addressing HIV and non-communicable diseases shows that many of the challenges are common: organizing and delivering adequate prevention services; chronic treatment and care; addressing the social and environmental determinants, including the need for positive and responsible behaviour change, related to these health issues; and reaching people without access to services. In both cases, a community-based, primary health care approach is most effective and thus should encourage integrated services rather than a “silo”, single disease approach”.

The Catholic Church: A Key Stakeholder in Response to HIV and AIDS

The Church’s response to HIV includes doctrinal guidance provided by its hierarchical leaders in various papal messages, synodal exhortations, and the pastoral statements of Episcopal Conferences throughout the world. It also is rooted in the daily ministry and services provided by countless members of the clergy, religious orders, professional staff, and faithful lay volunteers. This wide array of services includes education, health care, social care, emergency response, income-generating activities, and integral human development. In fact, the Vatican’s Pontifical Council for Health Pastoral Care estimates that the Catholic Church is responsible for more than 25% of the care of people with HIV and AIDS in the world. Caritas Internationalis estimates that its member organizations either sponsor or support HIV programming in some 116 countries of the world.

In his address to a Vatican-sponsored conference, held in 2009, the Executive Director of UNAIDS, Mr. Michel Sidibé, called for more intensive Church-inspired action in response to this pandemic:

“My friends, we in the AIDS movement look to the Church for leadership. The Church’s uncompromising position on the need for social justice—to do what is right— and on the inherent dignity of individuals, inspires us to champion for universal access to comprehensive HIV prevention, treatment, care and support as a moral imperative.”[8]

Our Holy Father, Pope Benedict XVI, in his World AIDS Day appeal of 2012, touched the very core of the Church’s mission in response to the HIV pandemic:

“HIV/AIDS particularly affects the poorest regions of the world, where there is very limited access to effective medicines. My thoughts turn in particular to the large number of children who contract the virus from their mothers each year, despite the treatments which exist to prevent its transmission. I encourage the many initiatives that, within the scope of the ecclesial mission, have been taken in order to eradicate this scourge.”[9]

[2]The above statistics are taken from UNAIDS Report on the Global AIDS Epidemic, Geneva, November 2012.

[8] Michel Sidibé, “Virtual elimination of vertical transmission of HIV—a moral imperative of our era,” Address to a conference on “Access to early testing and treatment for children living with HIV or HIV/TB and to prevention of mother-to-child transmission of HIV” cosponsored by Caritas Internationalis and the US Embassy to the Holy See, 14 October 2009.