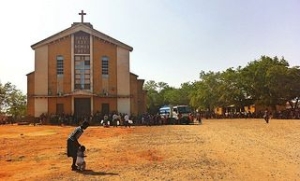 People cling to the shade as they receive aid from Caritas in Juba in the early days of the conflict. Credit: Caritas

A huge humanitarian crisis is now affecting the majority of South Sudan with close to one million people forced from their homes as they flee violence. These questions and answers on South Sudan are aimed at explaining the crisis.

Why did the conflict happen?

In the past year there have been growing tensions within the government and the ruling SPLM political party.

The failure to address these differences internally within the party contributed to the escalation of tension that led to the violence that erupted on the 15 December 2013 in the capital Juba.

There is also a history of violence between communities in South Sudan that has never been properly addressed. Because there was not adequate reconciliation or healing it has resulted vicious cycles of violence continuing and exacerbating the current conflict.

People engaged in conflict and violence as a means to address their grievances either political or personal.

There is a political opposition group that has taken up arms, led by the former vice president, Dr. Riak Macher. He was part of a group calling for reform within the party in early December.

After one month of fighting on 23 January they signed a ceasefire with the South Sudanese government led by President Salva Kiir. It is hoped that peace talks in Addis Ababa, Ethiopia between the two parties will continue soon. The ceasefire has been followed by further outbreaks of fighting.

Other less organised elements, both groups and individuals have also engaged in fighting and acts of violence. While sometimes aligning themselves or being used by certain players in the conflict, their motivation to participate is more complicated.

Regional players are also involved in the conflict, with Ugandan troops in the country and other countries involving themselves in the meditation process between the two main parties.

How has this affected the people of South Sudan?

Besides the initial fighting in the country’s capital Juba; three state capitals (Bor, Malakal and Benitu) have experience fierce fighting. Thousands of people have been killed in the crisis, official numbers are not clear but on 9 January the International Crisis Group estimated over 10,000 had died.

Those who have fled are now either in IDP camps or UN Bases or have left the country. It is now estimated that 3.2 million people are in need of assistance. Humanitarian needs include ensuring those displaced are projected from further violence; have food, shelter, clean water, adequate sanitation, health and psychosocial services.

What is the position of the Catholic Church in South Sudan? 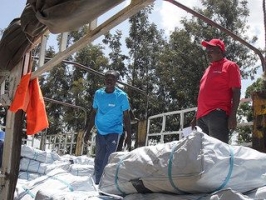 The Catholic Bishops of Sudan and South Sudan held an Extraordinary Plenary Assembly of the Sudan Catholic Bishops’ Conference in Juba, South Sudan, from 21 to 31 January 2014, and shared a Pastoral Exhortation, entitled “Let us refound our nation on a new covenant”.

They stated they believe the way forward must include: truth and reconciliation, inclusive negotiations, governance and democratic institutions, responsible media, reform of the armed forces, education and building a new South Sudan.

How is Caritas helping?

It is the hope that these efforts can be scaled up in the coming months with the support of the Caritas Internationalis Appeal for South Sudan, a three-month rapid response to support those affected by the crisis across the country.

Director of Caritas South Sudan, Gabriel Yai, said, “Our people our suffering and need your help during these difficult times”.