Caritas urges governments to protect the rights of victims of trafficking

Caritas urges governments to increase efforts to protect the rights of trafficked people on the first ever World Day of Trafficking in Persons (30th July).

“Caritas sees first-hand the abuse and suffering which takes place when people fall victim to trafficking and welcomes the World Day against Trafficking in Persons as an opportunity to remind people of the instruments available to protect trafficked people,” says Martina Liebsch, head of policy for Caritas Internationalis. 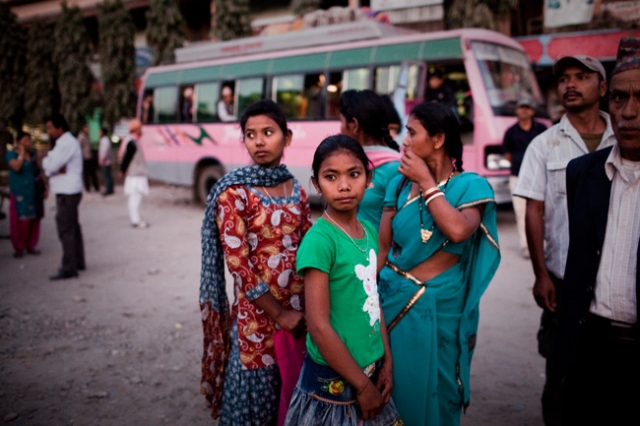 One of the focuses of the work of Caritas coordinated anti-trafficking network COATNET is the trafficking of people for domestic servitude, many of them persons minor of age. Credit: Orlinsky/Caritas

Liebsch says the Palermo Protocol is a key anti-trafficking tool which defines trafficking and criminalises traffickers. Some 159 countries around the world have ratified the protocol.

Caritas believes countries should ramp up their efforts to put this protocol into practice in order to protect the dignity and rights of trafficked people, punish the perpetrators and increase cross-border cooperation to fight this crime.

“Caritas and other organisations can help victims of trafficking but what would really protect them is change at a political level to empower them to denounce their traffickers and provides them with a perspective to rebuild their lives,” says Liebsch.

Caritas coordinates the anti-trafficking network COATNET (Christian Organisations Against Trafficking in Human Beings), which has 37 members. COATNET members work on preventing trafficking, helping victims by providing practical support as well as by advocating for their rights.

COATNET connects like-minded organisations to have a strong international support network for victims and to address root causes, such as the lack of access to justice. One of the focuses of the work of COATNET is the trafficking of people for domestic servitude, many of them persons minor of age.

Pope Francis said last December, “Trafficking in human persons is a crime against humanity. We must unite our efforts to free the victims and stop this increasingly aggressive crime which threatens not only individuals but the basic values of society and of international security and justice, to say nothing of the economy, and the fabric of the family and our coexistence.”

Pope Francis, the Grand Imam of Al-Azhar and the Archbishop of Canterbury have launched the Global Freedom Network. It is an important initiative to alert faith-based organisations, to show compassion, and have a ‘heart that sees’ and to act for trafficked people.