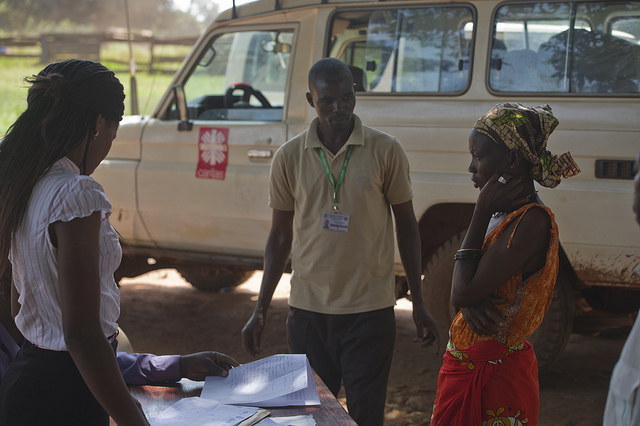 When he surrendered his gun to the then-government in 2011, 63 year-old Deng Young Nyat had hopes for better times ahead.

Three years later, forced from his own home in Bor, Jonglei State, out of a job and unable to provide for his wife and three children, Deng is disillusioned.

“How can the same people who fought for independence fight among themselves?” he said.

“Independence in 2011 was our joy because it meant that each and every one of us would stay at his home peacefully. Now, I have no home, no job and no peace in my mind. I am stranded.”

It took his family five days to flee the violence in Bor and arrive at the Nyamaze Camp in Nimule, Eastern Equatoria state with nothing but a few household items.

But things were not always this way.

“Life was good in Jonglei because after I retired from being a soldier, I was working as a guard in one of the schools in my home area,” he said.

“I had a farm where I cultivated grain and vegetables and had enough to feed my family. Here in the camp, I have no farm to grow anything and it pains me that I cannot provide for my family. I don’t feel like a human being.”

“We came here empty handed, with nothing but the mercy of God,” she said. “I was selling things in Bor market. My children were doing well at school. Now all of them are out of the school. What will I do?”
Three thousand families living in the Nyamaze camp share Deng’s and Rose’s realities. Most of them were displaced from the trouble-hit north, leaving behind what they called home for years and forced to start afresh in an increasingly congested camp.

Just as in most IDP camps throughout South Sudan that are now home to 1.1 million people due to renewed fighting mid-December last year, lack of proper hygiene facilities continues to be a major problem.

There is limited supply of clean drinking water and toilet facilities in the camps. With the ongoing rains, families are in constant risk of water-borne diseases as typhoid and cholera. 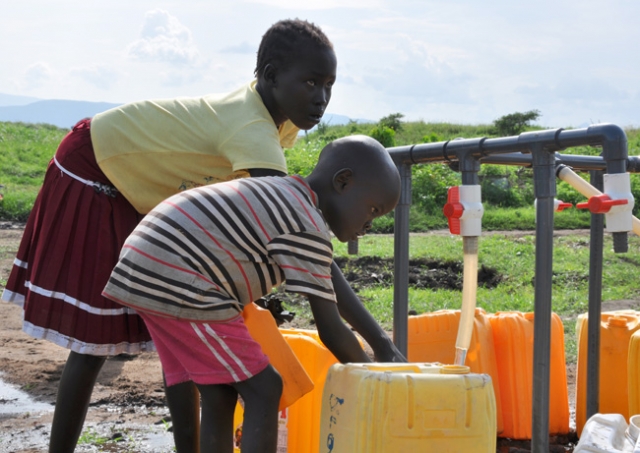 According to the World Health Organisation, over 2,200 cholera cases have been reported, with 54 of these having succumbed.

Presently, nine people from Nyamaze camp are under treatment for cholera. The risk of more infections is on the rise.

In response, Caritas Switzerland in partnership with the Diocese of Torit has installed a water system with a tank capacity of 10,000 litres to provide treated water for families here.

Additionally, 46,550 water purification tablets have been distributed to 745 households in different areas within the State.

“Due to inadequate facilities in the camps, people always settle for unhygienic alternatives as defecation in open areas, which end up contaminating drinking water and pose serious health issues for the community,” said Joram Mwesigye, Caritas Switzerland’s Deputy Country Director.

“Together with our partner, Caritas Torit, we encourage families to practice simple actions like hand washing, cleaning of jerry cans before use and the use of pit latrines so that we can curb the hasty spread of diseases like cholera which is a real threat.”

As part of its larger response to the humanitarian crisis in the country, the national Caritas is working to procure and distribute medical drugs to hospitals serving people who have fled in Eastern Equitoria.

“Our one hope is that peace will return to South Sudan and people will be able to go back to their homes and continue with life,” says Executive Director, Gabriel Yai.

“But for that to happen, people need to be in good health so that they can resume their livelihood opportunities and better care for their families.”

For Deng Young Nyat, each passing day can only be a step closer to his dream – going back home.

“I never thought that I would be displaced but I am not losing hope of going back to my home and to my farm,” he said.