Tonga, a small yet strong voice at the Lima climate change conference

Oceania includes an area referred to ‘The Amazon of the Seas’ because of its rich biodiversity. The region is vulnerable to the adverse effects of climate change and we are the first people who will experience migration as a direct result of such climate conditions.

As a faith-based organisation we are on the frontline working side by side with the poor. We help with their capacity to cope with adverse climate and environmental conditions.

As a region, we are profoundly alarmed that emissions of greenhouse gases continue to rise globally. We are deeply concerned that all countries, especially developing countries, are vulnerable to the impact of climate change and are already experiencing an increase in such impact, including persistent drought and extreme weather events, sea-level rise, coastal erosion and ocean acidification. These factors threaten food security and efforts to eradicate poverty and thus prove a barrier to achieving authentic human development. 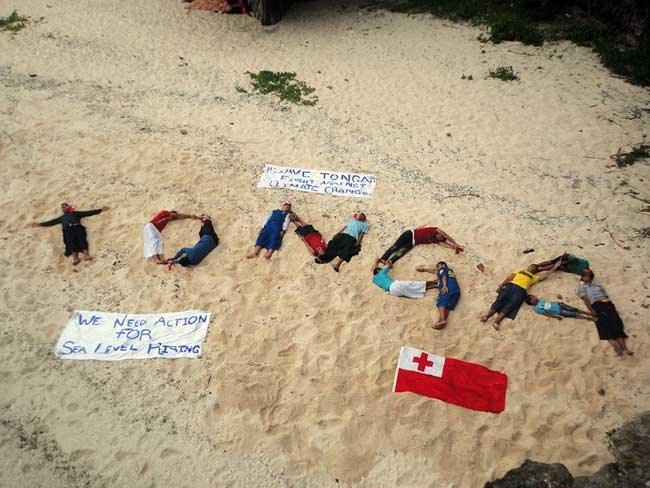 Since the 1950s there has been a substantial increase in the number of reported natural disasters with growing devastating effects. The World Risk Report in 2012, which identifies current Global disaster risk hotspots around the world, identified the island of Vanuatu as taking the first place whilst Tonga comes in second of all countries most at risk from disasters.

Attending the 20th Conference of the Parties (COP) in Peru of the United Nations Convention on Climate Change (UNFCCC) for the first time as an observer is a remarkable milestone for Caritas Tonga.

Parties are asked to take important steps forward in light of next year’s COP21 in Paris, where a new binding and legal agreement will be signed to ensure countries stay below a 2°C increase in global temperatures.

COP20 needs to deliver on climate finance, specifically the green climate fund which is the principle mechanism that will enable poorer countries such as those of small island developing states (SIDS) to implement effective mitigation and adaptation measures.

I have with me a report from my region published by Caritas Aotearoa New Zealand CANZ. It is a compilation of the voices of the poor who are the first casualties of the effects of climate change. In it we see that although the Oceania region may be small geographically, the strong voices of its people resonate from the Pacific Ocean in calling for climate justice! (www.caritas.org.nz)

We strongly believe that the UNFCCC is the platform for our needs to be voiced. It is the most ideal venue to call for global support for the efforts of Oceania countries or SIDS:

Read the report ‘Small yet strong, voices from Oceania on the Environment‘