War in Syria: day in the life

Dozens of mortars continue to fall daily on the villages, towns and cities of Syria, causing daily deaths and injuries. Fighting rages between the government, opposition forces and the so-called ‘Islamic State’ militants who control large swathes of territory.

Some 190,000 people have been killed in a conflict approaching its fourth year. A quarter of a million live under siege.

Hospitals are closed. School attendance has dropped by more than 50 per cent. Electricity and water supplies can be down for days in a row.

Over 12 million urgently need aid inside the country, 5.5 million of them children.

The economy has contracted some 40 percent since 2011, with unemployment now exceeding 54 per cent. Three quarters of the population live in poverty.

Caritas is one of a handful of aid agencies able to operate independently. Despite its own offices and staff coming under regular bombardment, Caritas Syria continues to provide aid to tens of thousands of people every month.

Over 350,000 people have been reached by Caritas since the start of the conflict, with food, medical help, support for school children, blankets and clothes and counselling.

The situation continues to be critical.

Caritas has difficulties providing food kits to all who needed them because of the high demand. In terms of shelter, houses to rent are very rare in safe areas because of high demand.

Stress diseases have increased. Injuries caused by shells or pieces of shrapnel require heavy and expensive medical interventions. Demands at the medical centre are high.

“Our lives during the ongoing war have become really scary and due to the expensive medical procedures, people’s need for help, especially in medical issues, has notably increased,” said one Caritas report. 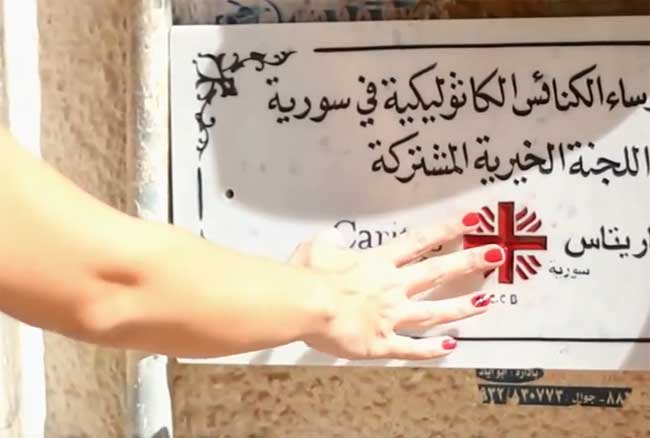 Caritas centres are all very active but often they are overwhelmed by the needs. The teams are frustrated because they are not being able to respond.

Examples of small but successful programmes include in Hassake, where Caritas distributed milk powder for children under 10 years old. As generators stop running, there was an increase in chest illnesses. Milk for children is used as a prevention medication, more efficient than a cure, says the Caritas team there.

And Caritas Homs provided 100 poor children in Al Kariaten with stationery gifts. The village experiences very bad living conditions with no water, no electricity and bad security conditions. The gifts give some normal childhood experiences back to the children.

Pope Francis has called for an “urgent” end to the Syrian civil war and the refugee crisis it has created.