Syrian refugees in Lebanon were hit by more bad weather this week as Storm Yohan covered their flimsy shelters with inches of snow and freezing winds whipped through the camps.

Caritas Lebanon Migrant Centre staff visited the Syrian camps in the Bekaa Valley to find the refugees working in sub-zero temperatures to protect their temporary homes. Every hour they were clearing snow from the roofs to prevent the makeshift shelters from collapsing.

“We had to work all night sweeping away snow from the roof, our children and women were sleeping underneath”, said Ahmad. In the morning, children continued to clear the roofs and the women cleaned the water coming inside, while the men rested after battling through the night in -6°. 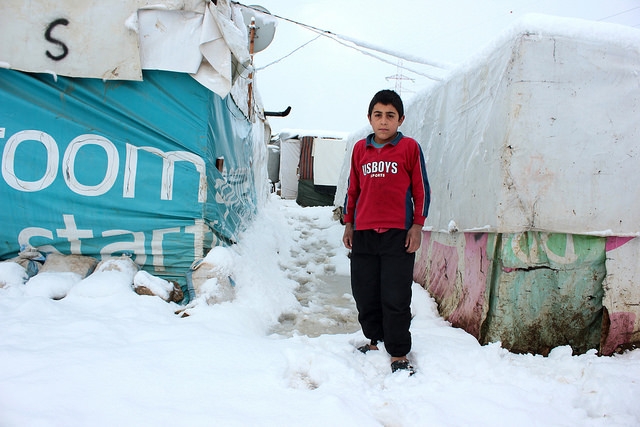 The mountainous Bekaa region hosts the largest number of Syrian refugees in Lebanon, an estimated 409,000. That has doubled the region’s population since the 4 year conflict began. The huge number of refugees has pushed aid and resources to their limits.

The latest storm follows some of the worst weather in decades in January. The storm begun on Wednesday morning and is expected to continue into Friday, with colder winds and more snow. Since then, refugees have been working to repair damage to their shelters as the strong winds had cause damage. Floods have forced people to move into other tents. 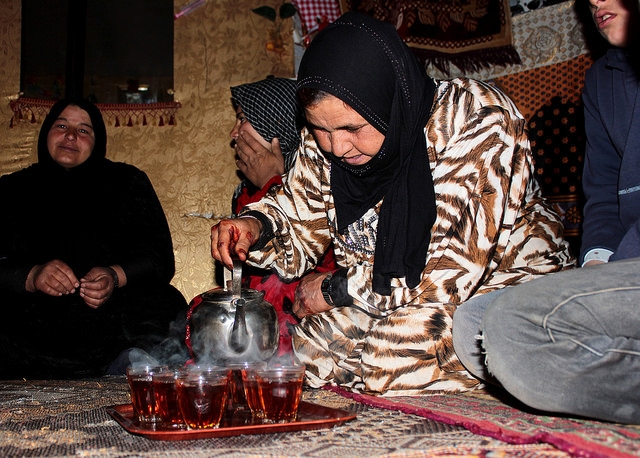 “Their first need is a better construction materials for their tents to keep them warm and safe,” said Bruno Atieh, director of the Caritas Lebanon Migrants Centre. “Lack of funding is affecting refugees’ lives with more demands on fuel and wood to keep them warm. They need winter clothes and shoes. We noticed many children with bare feet. And they need food.”

Nevertheless, Caritas staff were impressed by the spirit of the refugees. Youngsters, men and women all pulled together to ride out the storm. “A spirit of cooperation helps the refugees stand against the hard living conditions, joining hand in hand, helping each other as a one big family,” said Bruno Atieh. 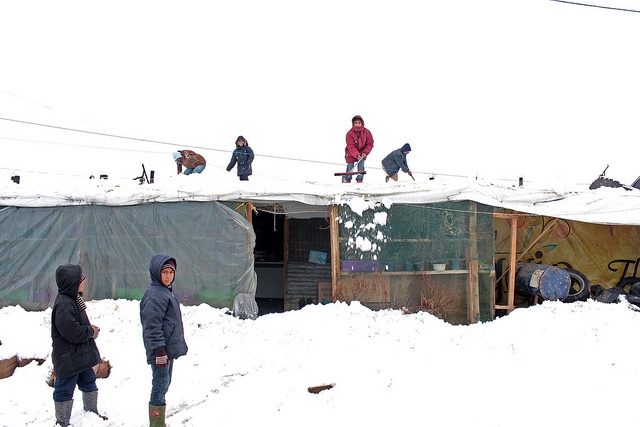 Syrian refugees children helped clear the shelters. They had to be cleared of snow every hour or risk collapse. The men had spent the night fighting the storm. credit: CLMC/Jean J. Khoury

Caritas Lebanon has provided humanitarian aid to the Syrians since the early days of the Syrian refugee crisis. Part of that help has been providing the refugees with stoves, a fuel allowance for heaters, warm clothing and blankets and helping prepare the tents to better withstand harsh winter weather.

Caritas also provides fuel to particularly vulnerable schools during the winter months to ensure warm classrooms as part of its education programme of getting Syrian children into Lebanese schools.