Iraqi Christians fleeing persecution arrive in Lebanon with nothing

An hour after Nada Kariakos and her family left the house, Islamic militants invaded their town.

“I was scared. I feared for my children, for my daughters, I didn’t want ISIS to rape them,” she said, sitting in the miserable basement room in Beirut that is now her home. “So we ran and left everything behind.”

As soon as you enter the gloomy apartment the smell of damp and poor sanitation is apparent. The only furniture is a settee against one wall; Nada and her husband Amr and their six children are all sleeping on foam mattresses on the floor. The toilet with its mildewed walls is just a cubicle off the kitchen, and there’s no apparent bath or shower. 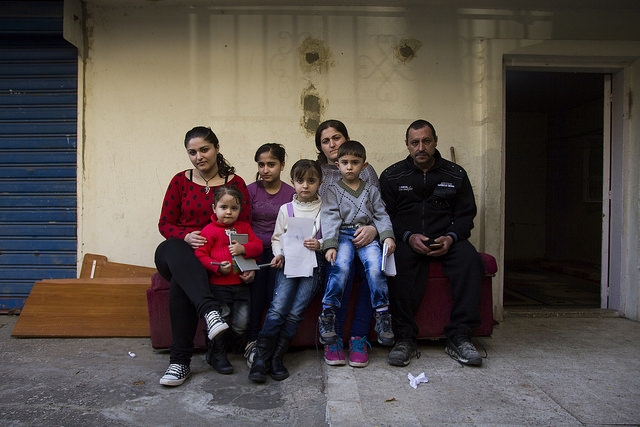 Nada’s family have been here for three months, since they left their home country of Iraq fearing reprisals against Christians by the extremist group Daech or the Islamic State in Iraq and Syria (ISIS), which took control of a significant amount of territory including Nada’s hometown of Telkaif in 2014.

“We had a good life in Iraq. We had money and we were happy. Until ISIS came,” said Nada, in a tone that verges between anger and pain.

The family drove to a town in another region where they sheltered while they arranged to fly to Lebanon. They had to sell their car for half its value as they were desperate to get the cash to buy plane tickets, and there were so many people in a similar situation that they could not get more for it. 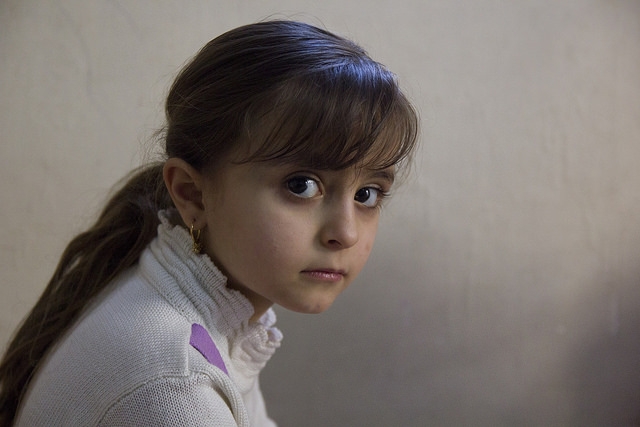 Malak, 5, fled Iraq with her family three months ago. Her mother Nada Kariakos, 36, explains that they feared reprisals against Christians. Tabitha Ross/Caritas

Caritas Lebanon centres have seen an increase in the numbers of Iraqi refugees arriving in Lebanon in need of support since ISIS swept across northern Iraq last year. Jimmy Geagea, the Manager of the Caritas Community Centre in the Dekwaneh area of Beirut, says that Iraqis now make up the biggest number of their new registrations.

Many of these are Iraqi Christians fleeing the ancient town of Mosul, which now has no Christian population for the first time in the history of Iraq.

One former resident of Mosul is young mother Renata Emad. While the details of her story differ from Nada’s, the main points are the same.

Renata and her husband wanted to stay in their home in the town their families have lived in for generations, where they had a comfortable life. But as ISIS approached, they fled in fear, along with their baby girl Mireille, most of the rest of the Christian population, and indeed many others.

“We got caught in an awful traffic jam that lasted a whole day while we were trying to get to Irbil. My parents didn’t leave until the next day, and ISIS didn’t let them enter Irbil without taking all their possessions, gold and money. My dad had to leave his car at the Irbil border.” 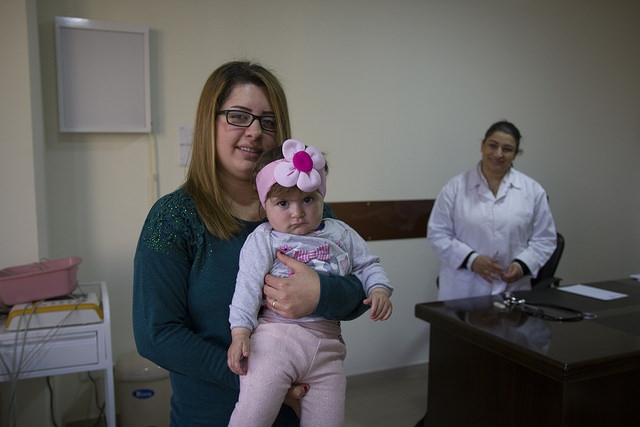 Renata sold what “little gold” she had to get the family to Lebanon. They are now living in a shared house with another family. Her husband was lucky enough to find work in a supermarket, but when their baby daughter fell and broke her leg, they didn’t know how they would meet the cost of healthcare, which is almost entirely private and prohibitively expensive in Lebanon. The hospital Renata took Mireille to charged nearly twice what her husband earns in a month to care for the little girl for two days.

Then Renata heard about the Caritas St Michel Medico Social Centre, where Mireille has been treated ever since, and is making a good recovery.

“She is my only child’ said Renata. ‘I hope that her days will be far better than the days her father and I have been through, and I wish her life will not be plagued by any sadness”.