A normal day in Gaza 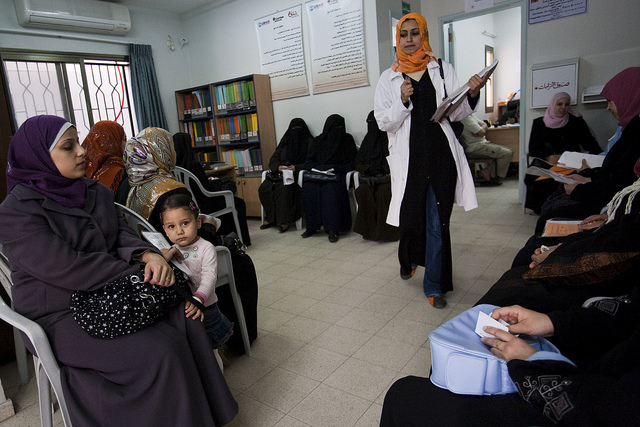 First, I went with a Caritas mobile clinic team to Deir Al Balah in central Gaza where for several years Caritas has conducted a weekly clinic. In the afternoon I joined members of the tiny Christian community for Rosary and Mass and afterwards we chatted, drank Arabic coffee and ate date cakes, a normal social event. In the evening, in my small apartment a minute’s walk from Caritas health centre, I read the World Bank Economic Monitoring Report to the Ad Hoc Liaison Committee (West Bank and Gaza) 27 May, 2015.

According to the report:

The health centre is the hub of Caritas work in Gaza. It offers its normal services with dentist, general physician, female gynaecologist, nurses, path lab technician, pharmacist, and psychologist.

I went with the mobile clinic staff to Deir Al Balah in central Gaza. We drove along the coast road by the deceptively beautiful Mediterranean Sea whose water is polluted by raw sewage. Treatment plants do not function due to severe damage in various wars and regular electricity outage due to damaged grids and lack of fuel.

In Deir Al Balah Caritas conducts a weekly clinic in classrooms in a multi-purpose building. Yesterday a kindergarten, activities for older children, and a Cash for Work programme where women make traditional cakes that are then given free to households headed by women, all funded by different NGOs, were operating.

Abnormal has become the norm

I left the clinic team to their work and headed east to view more of the area accompanied by a physician/public health specialist. We passed a refugee camp, small plots of agricultural land, and buildings destroyed in last year’s war where people have returned to live in the ruins of their homes. We visited the First World War “English Cemetery” and I read the inscriptions on tombstones: men aged 20, 22, 30. The cemetery is beautifully maintained with flowers, palm trees and green grass in the centre of poverty-stricken, overcrowded Gaza where men, women and children still die in the violence of war and its aftermath. 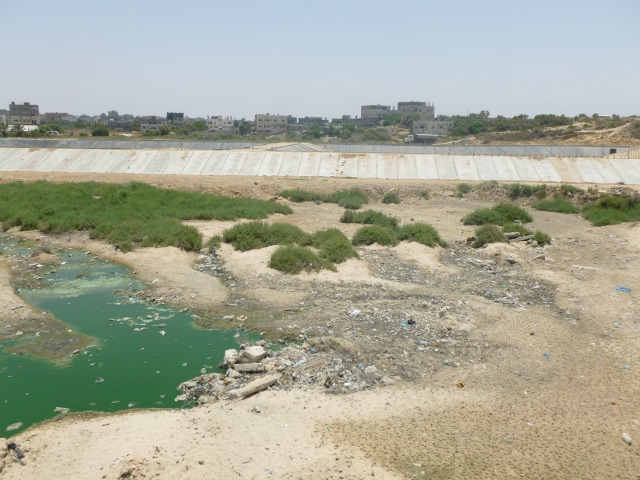 We then drove to an apparently forgotten refugee camp on the Egyptian border. A resident told us that they have no clean water, there is no clinic in the camp and there is practically no transport. There were no cars on the roads. There is no work and no money. We did not have time to visit any homes but we will return.

Back in the quiet of my apartment, reflecting on this average working day, I felt that what I had seen and experienced was like an in-depth sample of life here that is far from what most people would consider normal: the proximity of the English Cemetery to the bombed out homes and the stark contrast between the beauty of the cemetery and its poverty-stricken surroundings; the destitution of the border camp within sight of the blue waters of the Mediterranean, the resilience of the people despite the grinding poverty in which the majority live; the adaptation to electricity cuts – women get up during the night to wash clothes and pump water onto roof tanks; the hopelessness of the youth who long to work and earn a living but whose potential to contribute and rebuild the economy is thwarted, and the innocent children traumatised by war.

As the report states “while shocking, these (facts) fail to convey the difficult living conditions that nearly all Gaza’s residents have been experiencing since the blockade was imposed by Israel in 2007…..The psychological effects of confinement (due to travel restrictions) are not clear and neither are the effects on human capital from limited travel and related knowledge absorption.”

So as I near the end of my fifth month with Caritas in Gaza my commitment to its mission is deepened. In the overall context of the overwhelming needs in Gaza what Caritas does is relatively small but until there is peace, open borders, freedom of movement, investment and development, the long-suffering people of Gaza need understanding, help and support and I’m grateful that Caritas is here to channel the material assistance that people around the world contribute to some of the world’s poorest and most vulnerable.

Again to quote the report: “The status quo in Gaza in unsustainable and could have further incalculable socioeconomic and ultimately human consequences. Unemployment and poverty have reached staggering rates and the quality of life for the large majority of Gaza’s citizens is hardly bearable.”

Pope Francis reminded Caritas delegates at their recent meeting in Rome that those who live the mission of Caritas are not simple charitable workers, but are true witnesses of Christ. Those who support its work share equally in this mission and witness.

23/06/2015 Conflicts and Disasters, Emergencies, Emergencies in the Palestine, Peacebuilding by Bridget Tighe