The area has been plagued by attacks from the Lord’s Resistance Army. Once a Ugandan rebel movement, the LRA long ago morphed into a regional terrorist group widely known for kidnaping children and converting them into soldiers.

In recent years the armed group has operated mostly in isolated areas of the Central African Republic and the Democratic Republic of the Congo. A joint military effort of the region’s armies, assisted by special operations forces from the United States, has reduced the LRA’s size and impact.

Yet the LRA renewed its attacks inside South Sudan in March 2015, sending many families once again fleeing for the relative safety of nearby towns. 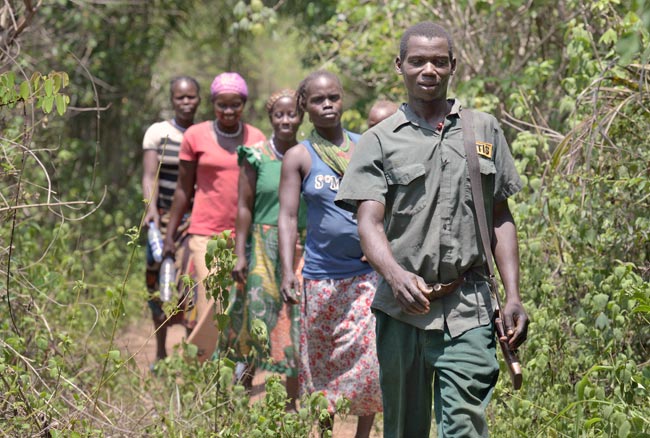 Local self-defense militias, known as the Arrow Boys, gave chase to the LRA, killing one and driving the remainder from the area.

The Arrow Boys were born in the last decade from frustration with the inability of regular troops to protect scores of vulnerable communities along the border. Yet the government of South Sudan has been nervous about the existence of such independent militias, especially since civil war broke out in Juba, the nation’s capital, at the end of 2013, and quickly spread to several other areas of the world’s youngest nation.

The area’s Catholic bishop, who has expressed reservations about the Arrow Boys in the past, now says the groups have earned widespread respect.

In cooperation with Caritas Austria, the diocese has been forming farmers groups along the border, leveraging the organization already achieved by the Arrow Boys into community support for sustainable development. The groups grow vegetable and other crops to supplement their household diet and to sell at nearby markets, providing much needed cash for medicines, clothing and school fees. 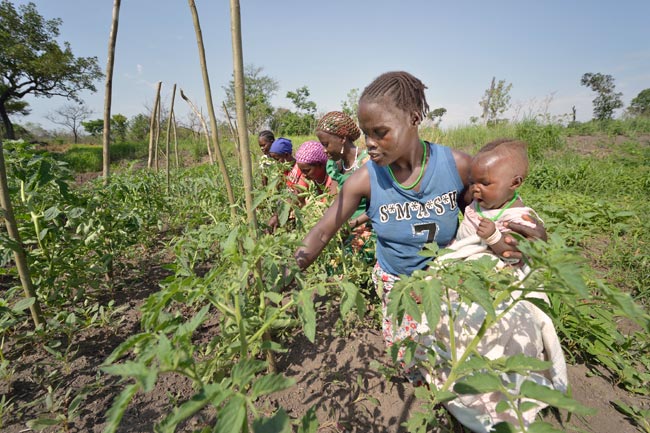 Once displaced by terrorist attacks by the Lord’s Resistance Army, Alice Marchin–here with her 7-month old daughter Marci–and other farmers in Gangura, South Sudan, are once again farming their fields with help from Caritas, which has provided seeds, tools and technical support. Photo by Paul Jeffrey/Caritas

Caritas has provided seeds and tools, as well as irrigation equipment. Without the Arrow Boys, however, the Caritas program couldn’t get off the ground, says Matthias Fettback, an advisor to Caritas Austria.

“The farmers and the Arrow Boys are the same people. They are a very well organized self-defense force, ensuring security and stability in the area. And with them around the community feels safer. You need to feel safe and secure if you’re going to invest time and energy and resources in planting seeds in the ground,” Fettback said.

Unlike many arid parts of the country, where growing crops is difficult, the southern border is blessed with ample rainfall and moderate temperatures.

“This area was once the green belt of the country, but then came the wars. We want to help people overcome the trauma of the violence and increase their production back to where they can once again be producing food for a large area,” Fettback said.

Bishop Hiiboro says if the LRA ever demobilizes, the Arrow Boys will hopefully disarm. He said the church has been pushing livelihood programs to “make sure the Arrow Boys don’t look for alternatives and start making problems. We need to support them as they grow their crops and send their children to school.”