Caritas team in Turkey says the latest influx of mostly Syrian refugees are facing harsh conditions as they either wait for help or to return to Syria.

A surge of 23,000 refugees has entered Turkey this month from Syria, fleeing fierce clashes between rival groups in the north. Some of the refugees are however Iraqis, who have been fleeing Islamic State persecution and have been on the road for many months. 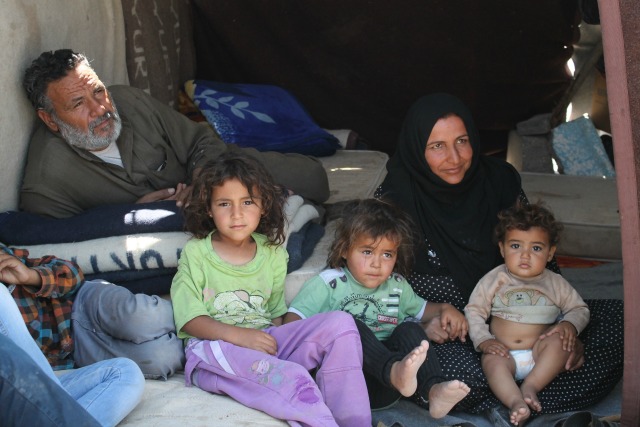 Syrian refugees are facing harsh conditions as they either wait for help or to return to Syria. Credit: Caritas Turkey

Most of the refugees are living in car parks, municipal parks or partly constructed building in Akçakale, a town on the border. Conditions are extremely difficult, though the local population has been noticeably helping them where it can.

Over 70 percent of the refugees are women and children. In one house with 42 refugees, half were children. Next to a main road in an empty field like a park there were 30 families in makeshift tents. They had arrived there 3-4 months ago.

The trauma of the war, both physical and mental, were clearly visible to Caritas staff. Two sisters, 9 and 12, were deaf as a result of an explosion that killed their mother. 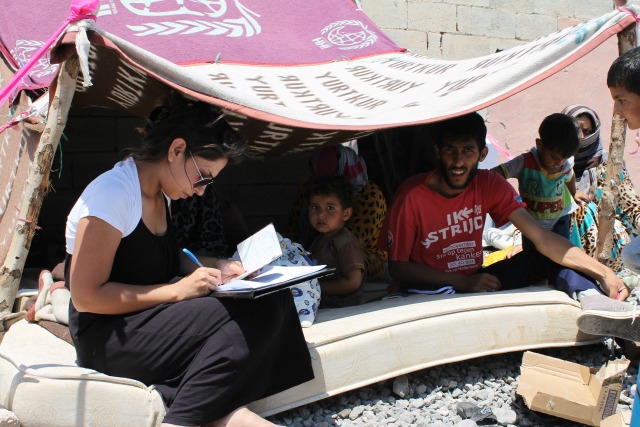 The trauma of the war, both physical and mental, were clearly visible to Caritas staff. Credit: Caritas Turkey

Caritas Turkey, in partnership with other local aid agencies, has been providing help to around 450 families. Some of the families have just arrived in the last 48 hours. The aid includes diapers, sanitary pads, towels, milk and baby food.

Before crossing into Turkey, the refugees had to wait for a long period in harsh conditions, high temperatures and with access to water but not food.

Some of the refugees have decided to go back to their villages in Syria. In a park next to the border there were around 100 people waiting for the border to be opened so that they can return. 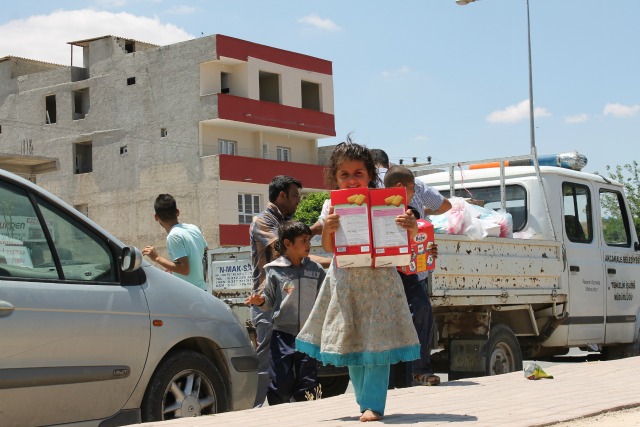 The majority of the people are still scared to go back and want to stay in Akçakale or move to further north or far from the border.

Turkey hosts 1.8 million Syrian refugees. It has the highest number of refugees inside its borders of any country in the world.

Over 3 million people have fled the 4 year-old civil war in Syria, and around 7.6 million have been forced from their homes but remain within the country.