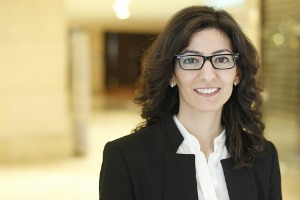 A pharmacist with a degree on health management, Rita Rhayem discovered the humanitarian field thanks to a short stint with Doctors Without Borders during the 2006 Lebanon War. “That experience was an eye-opener and I decided to work in that field,” she says.

One year later, Rhayem began her humanitarian career as head of the health department at Caritas Lebanon. It was in that capacity that she first learned about the Sphere standards. “I realised it was something important that I should know more about.”

The opportunity came in the form of a training of trainers course she attended in Tunisia in 2009. “I discovered Sphere, not only the health section, but everything related to working in emergencies. I liked the idea that Sphere is a tool that sets the infrastructure for working in any emergency in addition to offering space to adapt to local contexts.” Back in Lebanon, Rhayem trained humanitarian workers at national and regional levels, as well as Caritas staff.

Today, Rhayem is the newly appointed director of Caritas Lebanon, a 400-staff organisation with some 3,000 volunteers across the country. Like the rest of the Lebanese humanitarian community, Caritas is currently grappling with the challenges resulting of the presence of more than 1.5 million Syrian refugees in the country.

Because of its size and presence at grassroots level, Caritas was among the first NGOs to assist Syrian refugees, providing food and non-food items, health services, psychosocial support and education. “We’re actually part of the community, which makes it easy for us to deploy quickly.”

The impact of the refugee load weighs heavily on Lebanese society. A certain number of the refugees are in settlement areas, but an important number are living within host communities. “Lebanon has welcomed all Syrian refugees,” says Rhayem. “However, we’re talking about 50% of the population in Lebanon being either refugees or relying heavily on humanitarian support.”

Hence, Caritas works to aid refugees as well as the host communities who also suffer the impact of a crisis that has pushed some 170,000 additional Lebanese families below the poverty line. “We already had projects for the Lebanese and we’re struggling to continue to get the funds to pursue them, to reach some sort of balance in the assistance to refugees and host communities.”

One of the challenges Caritas faces is ensuring aid sustainability, since programmes are often funded for only a few months. Another challenge is to achieve coordination and collaboration among NGOs. And of course, sometimes the work takes place under difficult conditions security-wise.

What’s the role of Sphere standards? “In a country well acquainted with crises like Lebanon and in an organisation like Caritas which, given its long experience, already has the know-how, one is often training people who already know how to deal with emergencies,” Rhayem says.

“In such contexts, Sphere on the one hand frames the work of experienced staff, making it easier for them. On the other hand, it is very useful for those newly recruited who don’t have experience. It allows them to speak the same language, gives them a tool that’s easy to use and helps them to quickly absorb all the information needed. So Sphere helps fill the gap between those who already have experience in emergencies and those who are new to them.”