Financing for Development: ambition was lacking 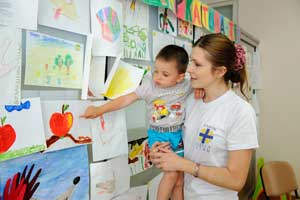 The 3rd Financing for Development Conference concluded on 16 July 2015 with adoption of an Action Agenda, which was welcomed by many developed countries but was met with reservations and skepticism, even dissatisfaction, by some developing and emerging countries and civil society organisations.

The G77 countries and China (134 developing and emerging countries) finally accepted that the Committee of Experts on International Cooperation in Tax Matters should not be turned into an intergovernmental body, but simply expanded and strengthened. This issue was the last sticking point blocking agreement between UN Member States on the Action Agenda, which was finally resolved during the evening of Wednesday 15 July.

The establishment of an intergovernmental tax authority would have been one of the only ambitious points of an Agenda that dedicates the status quo in terms of balance of powers to spaces for running the world economy that benefit the most powerful (G20, IMF, OECD, FSB), in addition to the mindless almost unconditional appeal to the private sector to finance development policies.

Many renunciations for few steps forward

The only positive point to be noted in this Agenda is the setting up of a forum under the aegis of ECOSOC to assess and monitor the commitments made in the document. This was one of the important measures lacking at the previous conferences (Monterrey in 2002 and Doha in 2008).

But this is minor compared with the Agenda’s overall lack of ambition. In order to obtain a technologies transfer mechanism and an initiative for infrastructures, both placed under the aegis of the UN, the G77 countries relinquished their demands regarding many crucial issues:

Several debates regarded inclusion in the document of the principle of countries’ common but differentiated responsibilities (CBDR), which originated from climate discussions. This was roundly rejected by developed countries, which deemed that this would result in a lack of commitments by developing countries, especially emerging and middle-income countries. They preferred to defend the principle of common and shared responsibility but without accompanying it with sharing of States’ rights and duties, namely broader inclusion of developing countries in the bodies that run the world economy.

It is important to point out that the negotiations took place in an increasingly impenetrable atmosphere as the deadline approached. During the final weeks of negotiations, the public plenary debates (attended by stakeholders such as international agencies, the private sector and civil society organisations) were gradually reduced to the bare bones to the benefit of informal dialogues in small groups of negotiators. At the same time, the intermediate documents presented by the facilitators do not reveal the origin of wording changes and proposals, nor the choice of positions on the issues under discussion which would have been able to settle exchanges of opinion during the plenary sessions.

A negative portent ahead of the other 2015 deadlines

This impenetrable atmosphere surrounding the negotiations and the maintenance of restricted spaces for running the world economy lead to conjecture about the future of UN multilateralism to deal with these issues.

The weakness of this conference’s ambitions may also weigh on the Post-2015 Development Agenda negotiations in progress (and its 17 Sustainable Development Goals) and the Paris Climate Conference (COP 21). The countries disappointed by this Agenda could reopen thorny issues during these processes.

The Addis Ababa Conference should indicate countries’ levels of political will to define “their transformative agenda” in order to eradicate poverty and tackle climate change challenges. Unfortunately, it rather revealed the predominance of short-term national interests and unconditional recourse to an unsupervised private sector. States should display a completely different kind of political courage if they are to come up to the mark at the two upcoming conferences in 2015.