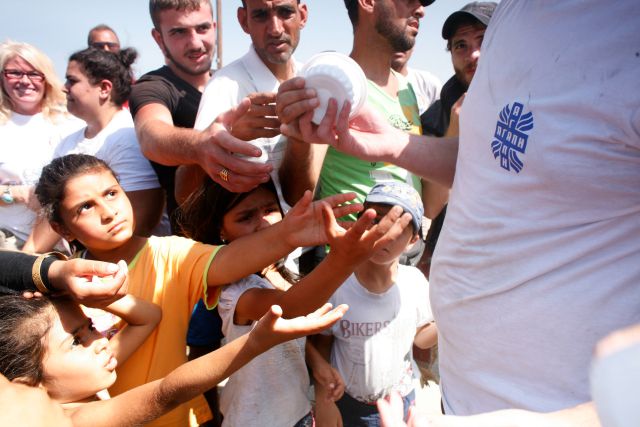 “It’s an experience none of us will forget,” said Eveline Manola, a social worker from Caritas Greece, who took part in a food distribution by volunteers on the Greek-Macedonia border Saturday.

“We arrived at 7 in the morning in Idomeni, a border point,” she said. “People were still sleeping, some in tents, some in sleeping bags and others in the open. The place was awful, full of rubbish.”

The makeshift camp was a scene of misery.

“People need everything,” said Evelina Manola. “Women especially must walk far to have some privacy. There are no toilets.

“Everyone is covered in dirt. They were asking me for tissues. There is nowhere to wash. Their cloths are torn. Some don’t have proper shoes.” 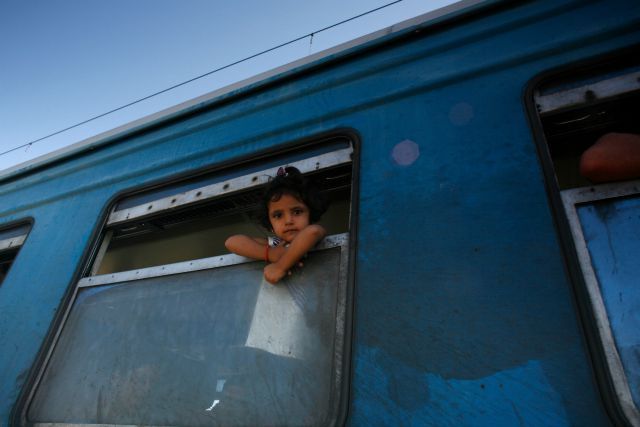 In Gevgelija Station, a child looking out the window from a train heading to Serbia, at the border between Greece and Macedonia. Matthieu Alexandre/Caritas Internationalis

“The refugees and migrants were really happy to receive the food,” said Evelina Manola. “There were a lot of smiles, conversations and taking selfies with the Caritas volunteers.”

Numbers have been rising over the last days of migrants and refugees crossing the border between Greece and Macedonia, with over 5000 a day reported last week. Macedonia remains a transit country, with those passing through moving on to Serbia then Hungary and other EU countries.

Caritas Greece staff say that among the migrants and refugees there are many more men, but also women and children. 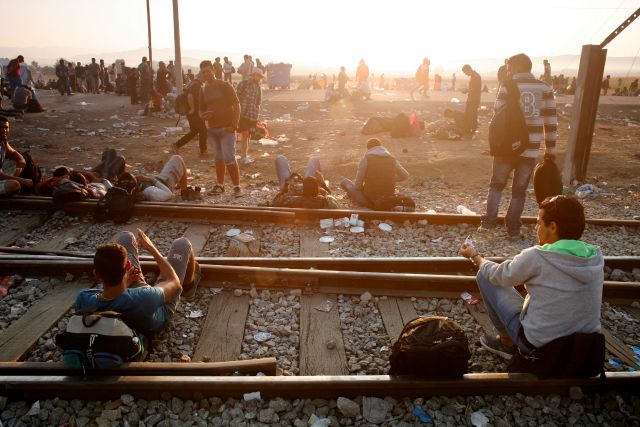 One of the refugees, Alsama, himself a Syrian, estimated that about half were Syrians. The others are from Afghanistan, Iraq, Sudan and Eritrea.

He is travelling with his wife, three children under 6 and his mother. Their journey by foot, bus and boat was difficult, dangerous and expensive.

He has a brother in Germany, who tells him things are not so good there, so he’ll go to Belgium. Many making the voyage have no fixed destination, it’s a journey into the unknown.

First they must take the train from the station in Macedonia. Evelina Manola went to the overcrowded station, where the mass of people, the old grubby trains, the fences, the police and security guards brought back “images of the Second World War”, she said.