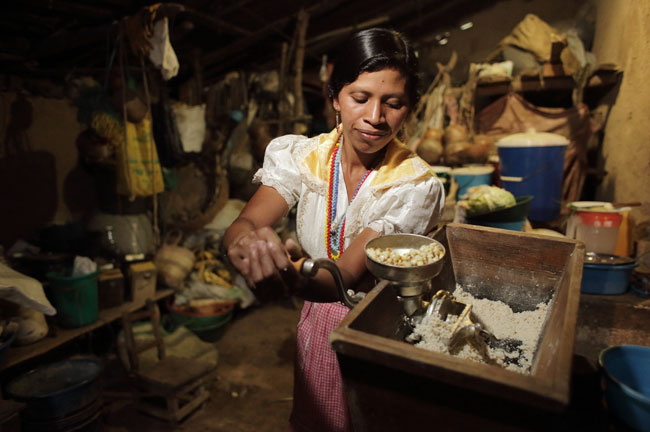 Pope Francis’ address to the United Nations this morning was an invitation to us all to change the way in which we see this world. As President Barack Obama said on the Holy Father’s visit to the White House the other day, “You shake our conscience from slumber.”

The Pope spoke of many of the issues which are close to the hearts of Caritas organisations around the world such as war, trafficking, climate change, education, prostitution, injustice and human rights.

In speaking to the 150-plus world leaders, Pope Francis had the ear of the world – or more precisely, the ears of the people who have the power to change the unjust structures which keep the poor poor and allow the rich to get richer.

His message was clear: the United Nations is more necessary now than ever. He recalled its great achievements in humanitarian law, conflict resolution and peacekeeping, saying, “All these achievements are lights which help to dispel the darkness of the disorder caused by unrestrained ambitions and collective forms of selfishness.”

However, the Pope also criticised the member nations who take what they want when it please them but don’t pay their dues to improving the future of humanity and emphasised the need for action, not just declarations.

Pope Francis spoke once again of the “culture of waste”, meaning not only what we throw away, but the way in which people are cast off by society and excluded when they aren’t considered useful.

Ensuring the recognition of the value and dignity of all members of society is at the heart of our mission as Caritas. We have been working to change the “culture of waste” in all its manifestations for years.

Pope Francis once again challenges us to assume our joint responsibility and to tackle the consequences of economic and development models where people are expendable. More importantly, with his repeated calls to end the culture of waste, he invites us to come together to build something new.

Caritas hears all of the Pope’s calls. This year we adopted our strategic vision “One Human Family, Caring for Creation”. So many people are suffering in the world because there is a lack of coming together as a global family to embrace the victims of wars, exploitation and the destruction of nature.

With the encyclical Laudato Si’, the Holy Father reminded us that we share a common home as humanity. We don’t live in a vacuum where we can just please ourselves and those closest to us. As the Pope said to the US Congress yesterday, “Do unto others as you would have them do unto you (Mt 7:12)”.

In recognising the “sacredness of created nature”, the Pope says we need wisdom and an openness to transcendence where we can recognise that “the full meaning of individual and collective life is found in selfless service to others and in the sage and respectful use of creation for the common good.”

At the United Nations as on many other occasions, Pope Francis has given us nourishment to reinforce our mission. Through Caritas, the seeds of his words will grow from the grassroots upwards to transform our world.