Michel Roy, secretary general of Caritas Internationalis looks at the importance of the United Nations Paris climate conference for lifting people out of poverty.

In the 1990s, Caritas organisations in Oceania were already warning the world about rising sea levels. Climate change has been an important issue for Caritas for a long time – whether we’ve been sounding the alarm bells, dealing with climate emergencies or helping people adapt to weather extremes.

Climate change isn’t new for any of us. We remember the talk of greenhouse gases and the Kyoto Protocol in the 1980s and 1990s. Countries started to ban aerosols as early as the 1970s. We were already aware of the damage we were creating and started to take action. 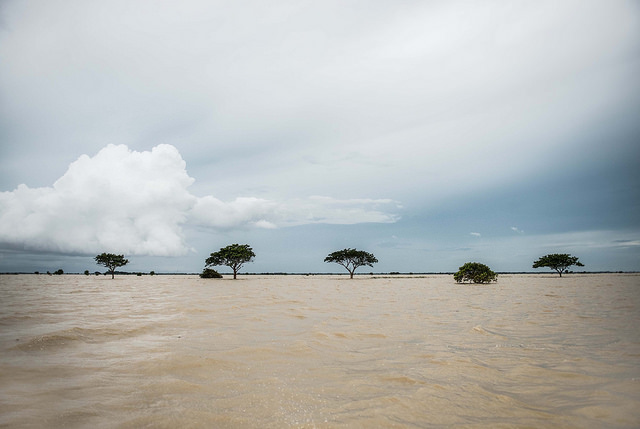 But how much awareness raising do we need to do? Everyone knows about the damage, who’s responsible and who’s suffering the most because of it. Now is the time to not just put our foot on the brake but to find new ways of sustainable development.

Caritas is taking the voices of those most affected by climate change to the COP21 UN climate conference in Paris. We had planned to take part in the climate march in Paris 29th November but after the devastating terrorist attacks on the French capital last week we don’t yet know if the march will take place. Our thoughts and prayer are with the victims and their families and their presence will be felt very strongly during COP21.

There are marches in other parts of the world and Caritas is organising participation by supporters in many cities.

We will hold a side event during which the First Minister of Scotland and representatives from Caritas New Zealand and Brazil will talk about the impact of climate change.

We will also take part in an ecumenical prayer event. We will work shoulder to shoulder with the Holy See, with our sister organisation CIDSE (the international alliance of 17 Catholic development agencies which also includes some Caritas member organisations) and other organisations with a unity of purpose.

There are so many examples in the world of countries struggling because of their unpredictable climate. Look at Bangladesh: the melting Himalayan glaciers and rising sea levels mean large parts of this small, low-lying and over-crowded country get flooded. At the other extreme you have droughts in the Sahel which force people to either adapt their lives and farming techniques or else leave their homes.

Pope Francis’ encyclical Laudato Si’ strongly emphasises our responsibility towards caring for creation. It says how our present model for living is wrong and we must put people at the centre of our decisions rather than finance. 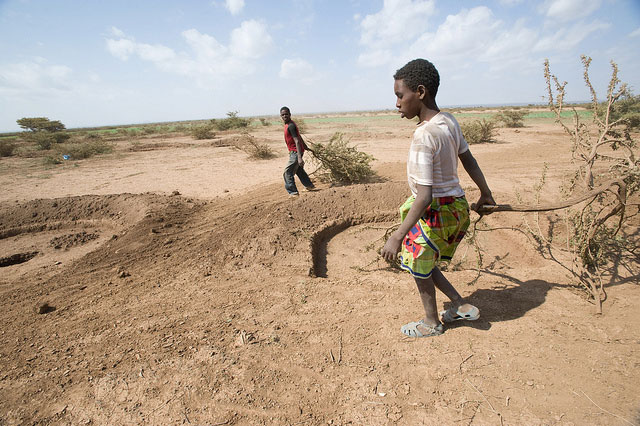 Locals in the Jijiga Zone of eastern Ethiopia cut acacia bushes to sell as fencing. Environmental degradation is a major factor in recurring drought in the region. Photo by David Snyder/CRS

Caritas’ strategic vision for the next four years is “One Human Family, Caring for Creation”. In this plan we heed the call for “ecological conversion” that Pope Francis made in Laudato Si’.

We cannot just think that the revolution which will stop climate damage is just in the hands of world leaders. We have to recognise our responsibility as individuals, as societies and as the inhabitants of the Earth towards the human family and future generations.

“A change in lifestyle could bring healthy pressure to bear on those who wield political, economic and social power,” says Pope Francis in Laudato Si’.

The road of true ecological conversion is a long one, but now in Paris we are hoping that the red light of danger turns to an eco-friendly green. What we want from COP21 is very simple: that world leaders reach a binding and just agreement to reduce gas emissions which will then be introduced in national law. The cost of the damage must be borne principally by those who have polluted the most in the past and the world’s main polluters today.

We want leaders and industrial powers to stop thinking about short-term gains and instead look towards a horizon where we take care of our planet and each other with real commitment.

In his encyclical, Pope Francis gives leaders very clear guidance on what they must do, “Reducing greenhouse gases requires honesty, courage and responsibility, above all on the part of those countries which are more powerful and pollute the most.”

Change is hard and the gas and oil industries don’t seem to be that ready to change at the moment. This is why we don’t really know what will come out of COP21. If the conference fails, it will be due to an unwillingness to commit the financing for climate change. But the pendulum is swinging, and for Caritas it must swing in favour of the poor.