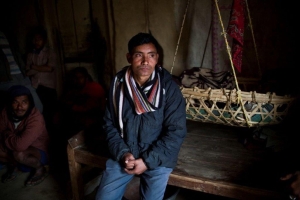 The global network COATNET (Christian Organisations Against Trafficking in Human Beings) met from 9 to 11 November 2015 in Paris. In opening the meeting, Bernard Thibaud, secretary general of Secours Catholique – Caritas France and vice-president of Caritas Europa, clearly defined the aim of this “meeting dedicated to the major issue of combatting human trafficking: to draw up an ambitious strategic plan for the coming years”.

Engaged in the defence of human rights and the fight against organised crime around the world, the 33 Catholic, Protestant and Orthodox organisations and religious congregations affiliated to the COATNET network base their actions and respective advocacy initiatives on the accounts and experiences of victims of slavery. Olivia, from Togo, had the courage to come and talk about the ordeal she underwent when she was an adolescent. With words imbued with great dignity, she recounted the months of domestic slavery a family subjected her to when she arrived in France, at the age of thirteen and a half, in the 1990s. At that time France had no legal instrument to combat human trafficking, which was only introduced into the penal code in 2003. However, more than ten years later, Olivia’s torturer was sentenced to eight years’ imprisonment for acts of torture and cruelty. In 2013 – primarily due to its being condemned by the European Court of Human Rights in two domestic slavery cases brought by the Committee Against Modern Slavery (CCEM), a  Secours Catholique partner – France issued its definition of human trafficking in line with its international commitments and introduced slavery, servitude and forced labour into its penal code.

According to Pope Francis human trafficking is a crime against humanity. This crime can take several forms: sexual exploitation, exploitation for economic purposes, domestic servitude, exploitation of begging, incitement to commit reprehensible acts. All crimes in which the first victims are people in situations of poverty and vulnerability. The COATNET network has strengthened over the years thanks to the emergence of national and international coalitions such as the Together Against the Trafficking of Human Beings Collective in France. Improved networking at local level and sharing of experiences, has given COATNET a better grasp of its area of concern and fuelled its search for solutions.

For example, states and organisations that look after refugees take insufficient account of war and post-war situations. In order to improve this awareness, Secours Catholique and the International Organisation for Migration (IOM) have both presented “studies-actions” that highlight the growing vulnerability of families, primarily women and children, during wars or natural disasters. Caritas organisations have thus been able to detect the case of forced marriages. In Syria, families, weakened by the war situation, believe that marriage to a foreign national would protect a daughter. But these women fall into the net of traffickers which dooms them to sexual exploitation, domestic slavery, the obligation to commit offences, or begging. Another characteristic reported by Caritas studies is economic exploitation of refugees. Forbidden to work in the country they end up in, they have no option but to join the labour black market where they are at everyone’s beck and call. “Little research has been done into human trafficking in conflict and post-conflict situations and those responsible for supporting refugees and displaced people rarely know about it,” explained the coordinator of the study, Geneviève Colas from Secours Catholique – Caritas France.

There’s also scant public awareness of the exploitation of “sea people”, foreigners recruited to work on boats in the fishing industry, primarily in Asia. On these floating factories, well out of sight, these men easily fall prey to unscrupulous mafia seamen. Apinya Tajit, from Caritas Thailand, believes that “certain Asian governments prefer not to identify the problem of exploitation of ‘sea people’ so as not to be downgraded in the American report  [1] that assesses the extent of modern slavery, country by country.”

On the occasion of the distribution of the film “Talking to the Trees” about the sexual exploitation of girls in Cambodia, a discussion was held with its directors, Ilaria Borrelli and Guido Freddi. Jean-Hugues Piettre, who is responsible for the combat against exclusion at the French Ministry of Culture and Communications called to mind the importance “of everyone making contributions to combat human trafficking, changing behaviours and representations of what is foreign to us, and bringing together everyone’s contributions in nation building”. Translated into several languages, the film has been widely distributed on different continents, which has enabled raising the awareness of the general public as well as organisations that combat human trafficking.

During the three days in Paris the actions undertaken throughout the world were assessed. A roadmap was set out for the next five years. The strategy is primarily aimed at strengthening links among COATNET members, especially in terms of faster and improved information sharing in order to immediately raise the awareness of communities and authorities. Paying special attention to current migration appeared to be a priority: making migrants safe; informing about their situation; taking measures to warn groups at risk; improving their living conditions; and monitoring and assessing each crisis in order to adapt the strategy to an actual context. Finally, COATNET members are determined to continue their actions to inform the relevant human rights bodies and to oblige states to meet their obligations to protect all people without discrimination. COATNET members will continue to mobilise their respective resources and religious communities to prevent expansion of human trafficking, identify and free those who are enslaved, and support full rehabilitation of victims.

[1] Trafficking in Persons Report published by US Department of State