A massive earthquake struck both Pakistan and Afghanistan on 26 October. In Pakistan, at least 272 people were killed and more than 2,000 were injured in the disaster which was centered in northern Afghanistan.

I was at Caritas Pakistan National Secretariat when the quake hit. My chair started to shake. I looked at my colleague and we decided to stay in the room hoping the tremors will fade. The next second his computer monitor started vibrating and then we rushed out in the nearby alley.

The whole staff watched our building shaking. The black iron gate kept banging for more than three minutes – the electric wires just wouldn’t stop swinging. We could hear women from a neighbouring hostel asking what was happening. Our staff from upstairs rushed down praying; watching helplessly.

What followed was equally stressful. The mobile service was jammed; I could not call my family. We spent the next hours watching earthquake updates. The death toll kept climbing as news channels aired images of destruction from around the country. The Northern Province must have suffered the most, I thought. 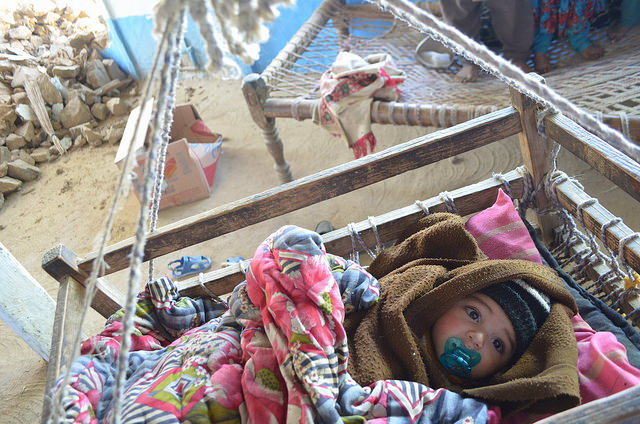 That night I was travelling with Caritas colleagues to join the assessment team, all set to visit the quake-hit regions. Two teams were deployed to Malakand, Swat, Dir, Peshawar and Islamabad. I was with a team travelling to Malakand, Dir and Swat.

Usually I love visiting the scenic mountains but this time it was different. After a five hour journey from Lahore to Rawalpindi, I was once again on a four hour drive to Malakand. This division of the Northern Province was worst hit by Monday’s devastating earthquake as most of the deaths were reported there. I counted at least six ambulances.

Passing by security check posts was equally challenging. In order to enter any district, you have to wait in long queues to pass through at least seven army posts. The road is purposely filled with gravel to slowdown the vehicles.

It was dark when we reached the commissioner’s office. Labourers were unloading trucks of tents and wheat flour bags sent by Punjab government. All the government officials were gathered here for a press briefing. A bus full of Rescue 1122 personnel from Lahore had just reached. “So you are from Caritas”, one of them asked us.

When we reached Upper Dir at night. Our contact had been waiting for us in the main market of Jabr Barcham village where all shops were closed at 8:30 pm. It was another half an hour drive until we reached near house of the nazim (coordinator) of sub district, located on a mountain.

After stepping out of the car, loaded with our backpacks, we had to walk towards a mountain and cross a bridge on the way. Shivering and holding our torches, we carefully walked further on winding roads and then on the boundary wall of a stream, with ditch on another side. We were not expecting that.

Meeting government officials was easy, reaching the affected communities was tough. Even our community mobiliser, an ethnic Pathan, was having trouble taking us to the exact location of damaged houses in scattered communities up on the mountains. Calling his acquaintances was another challenge as mobile phone service barely works on high altitudes.

Travelling on the dizzying mountain passages in search of people in need was difficult. Everything looked normal with few cracked walls here and there but then the devastation became apparent as we moved ahead. One could see children sitting on debris, injured women, abandoned houses and damaged structures everywhere.

The most difficult part for me was to take photo of an 18 year old girl who had injured her right leg.The strict purdah culture (practice of female seclusion) in those regions had hampered my work of documenting the rural life. I really felt uncomfortable finding an appropriate angle to shoot her stuffed in a blanket as her family poked their heads in the door.

We were really worried seeing the affected families living in their damaged abodes due to freezing temperatures. The walls with giant holes and cracked beams in roof could give up any time. “We are living with our relatives but there is no veil for our females”, said the head of a family. 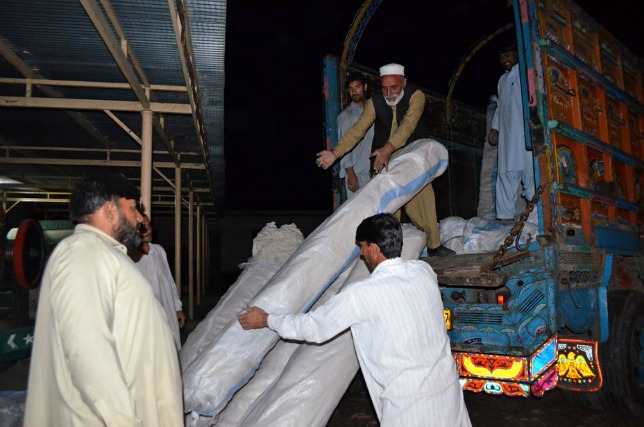 Caritas will provide immediate shelter and warm bedding to 1200 families who survived a deadly earthquake this week in the Hindu Kush region. Credit: Kamran Chaudry/Caritas Pakistan

A shepherd lost more than 200 goats when they were crushed between two rocks. His companion died on the spot. We heard similar stories during our three day visit in four districts.

75 years old Bakht Naik Zada was moaning in prayers under a bed sheet. “I was standing in the compound when stones from the roof above fell inside. I cannot move my right leg”, she said.

Seven boys, aged 8 to 10, were struck by cement blocks as they tried to exit a mosque in Sheri Dara village of Upper Dir District. Their hands and feet were bandaged when we met them.

The needs are all the same whenever we met district commissioners and health officials. The mountain people need warm clothes, beddings, tents, non food items and construction materials to survive these winters.

Let us join in praying and helping the quake survivors this Christmas season.