Caritas says a binding global climate agreement needs to be reached to save millions of lives and reduce dramatic climate events such as the Philippines’ Super Typhoon Haiyan.

The storm hit the western Philippines two years ago and was one of the strongest typhoons ever recorded. It killed over 6,300 people and over 3,000,000 were forced from their homes.  Caritas launched one of its largest relief operations in recent years to help 1.8 million people in the immediate aftermath of the storm with emergency aid and in the two years that followed. 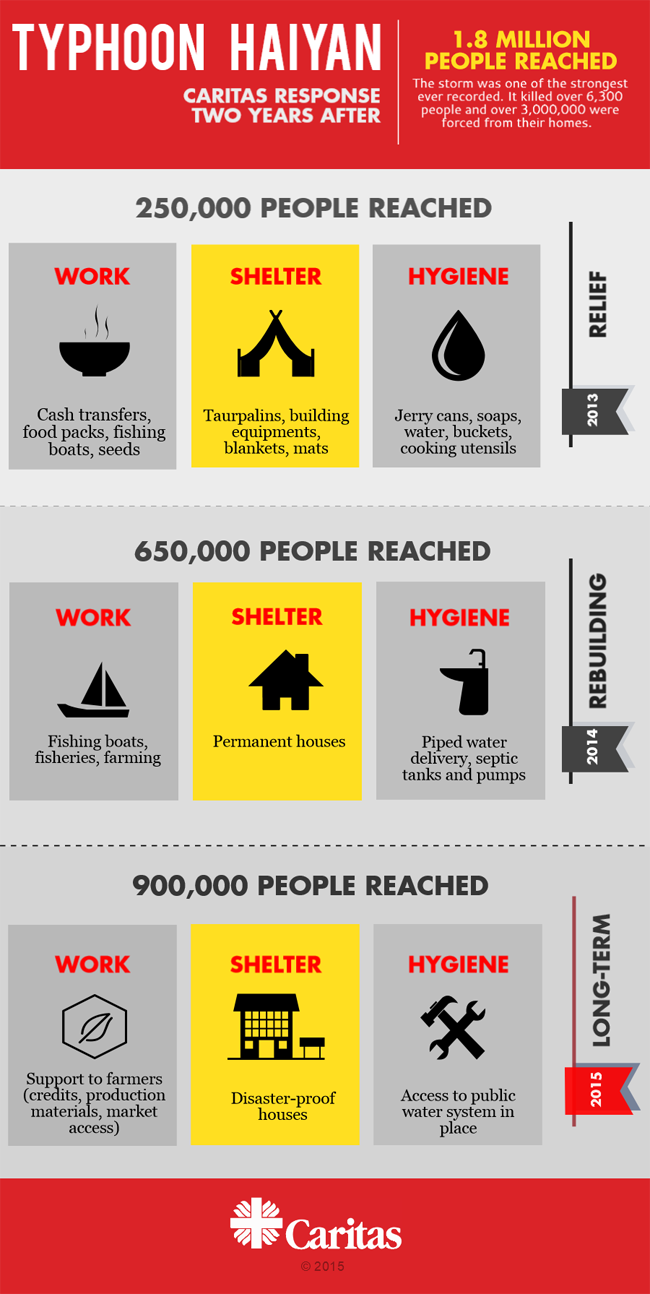 “Climate change has a face – it is the thousands of people in my country who have been killed by storms, it is the people who are homeless, the children who are orphans and the communities who have to build their lives and homes from scratch only to see them washed away again,” said Fr Edwin Gariguez, executive secretary of Caritas Philippines. “The name of climate change two years ago was Haiyan, now it’s Koppu. Even when the sun comes back out, these massive storms cast a dark shadow over our country and threaten our lives and our future.” 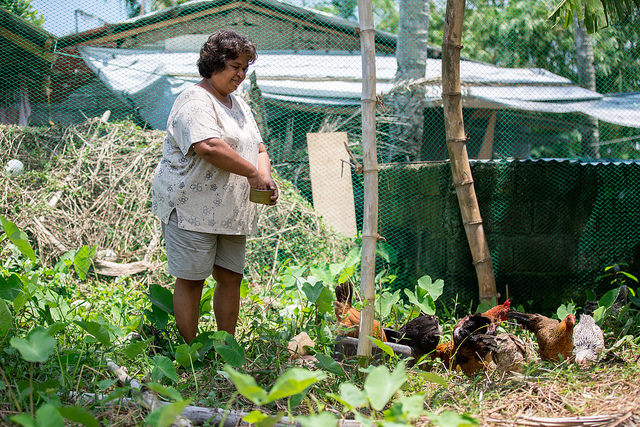 Anita Advincula, a beneficiary of CRS livelihoods programme, bought 16 chickens, as well as set up a vegetable garden. Photo by Lukasz Cholewiak/Caritas

Almost 28,000 people benefited from disaster risk reduction programmes, over 200,000 people where helped to reboot their livelihoods and over 165,000 people were provided with a roof over their heads.

“With Haiyan Caritas faced a massive challenge,” says Michel Roy, secretary general of Caritas Internationalis. “What started out as a tragedy with much death and suffering became an opportunity for the Caritas confederation to draw together and work with communities to rebuild and restart their lives. But the basic injustice remains – every day we wait to come to a binding global climate agreement, more and more people die in the world’s low-income countries.”

Caritas Philippines is helping 25,000 of the most vulnerable people affected by the more recent Typhoon Koppu that hit in October 2015.

At the end of November Caritas will be at the COP21 climate meeting in Paris to call for governments to reach a climate agreement which will save lives and help communities grow and flourish.