Message on World Day of Peace from Syria 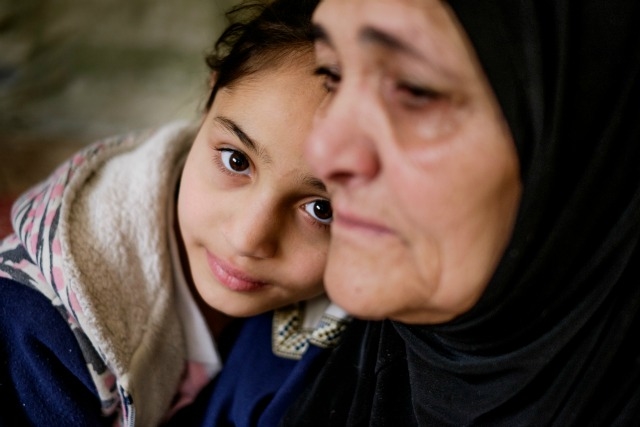 Caritas Internationalis will launch a global 12 month campaign for peace in Syria in early 2016. The campaign aims to mobilise millions of supporters around the world to call for an end to the 5 year war that has destroyed Syria, destabilised the region and caused one of the greatest refugee crises in modern times.

Caritas has witnessed years of senseless destruction in Syria: in the words of Pope Francis, “How much suffering, how much devastation, how much pain has the use of arms carried in its wake in that martyred country, especially among civilians and the unarmed.”

On 1 January 2016,  Bishop Antoine Audo of Aleppo said, “We don’t want bread, we want peace! Yes to peace as a condition of life.” This message of the President of Caritas Syria coincides with the Catholic Church’s annual observance of the World Day of Peace.

In this year’s message, Pope Francis wrote, “Indifference and lack of commitment constitute a grave dereliction of the duty whereby each of us must work in accordance with our abilities and our role in society for the promotion of the common good, and in particular for peace, which is one of mankind’s most precious goods.”

With specific regard to the situation in Syria, Bishop Audo said:

“World leaders must recognise that there is no military solution in Syria, only a political one. The international community must support peace talks towards building a national unity government that comes from within Syria.

“The international community must cease supplying weapons to armed groups in Syria under the guise of arming the moderate opposition.

“War and peace in Syria is certainly in the hands of the great powers. Nevertheless, we all can contribute to achieving peace here. First, we must sincerely desire peace and deeply believe that peace is possible. To do that, we must listen to the Syrian people who just want to live in peace.

“In five years, Syria has gone from being a beautiful and self-sufficient country, rich in human resources to Syrians becoming slaves to the major global powers and regional ones like Iran and Saudi Arabia. Syria has been destroyed, made dirty, robbed of its beauty.

“We’re now a poor country. We have lost our doctors, engineers, industrial leaders, our business community, graduates and skilled work force. Everyone has become poor, both materially and morally because of violence and religious extremism.

“Syria is not just defined by 5 years of war, but rather 3000 years of civilisation, of living together and of cooperation between peoples of different backgrounds. Syria was in the past so strong and beautiful, and with that history we aspire to this beauty and force of life in the future.”

The international community must restart negotiations involving all regional parties without setting preconditions. The first step should be a significant cease-fire, with concrete pledges made by all parties. Peace must come from within the region and not be imposed from outside.

The international community must put the finances in place to ensure the reconstruction and development, while living up to their immediate responsibilities to provide humanitarian aid that is keeping millions of people alive today. While welcoming refugees with dignity and respect, we must work towards a Syria in which they can return one day.