An international Caritas team in Diffa in Niger says people fleeing Boko Haram fighters are facing a “tragedy”. Tens of thousands of people are living under trees or out in the open after fleeing their towns and villages in the wake of the fundamentalist insurgent’s advances. 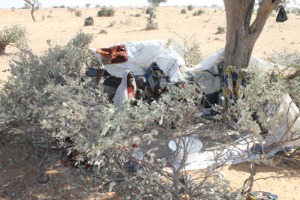 Thousands of people are living out in the open in Diffa, where they have little access to aid and face a severe climate. Credit: Caritas Niger

Those who have fled have little protection from the harsh climate and little access to food.

Attacks in Nigeria and cross border raids into Niger have forced hundreds of thousands of people from their homes since 2014. More than one-third of Diffa’s population, estimated at 600,000, has been internally displaced by the conflict. Some 151 schools have shut down in the region.

A Caritas team visited the Diffa region in late December to see emergency relief programmes helping 2000 families, both those hosting the refugees and the refugee and IDP families themselves.

They also took part in an aid distribution for the refugees. Caritas has been providing cash for food and hygiene kits, mosquito nets and water conservation equipment to 15,000 people since launching an emergency appeal in June

[Tweet “@iamCaritas: There is an urgent need for international help in Niger”]

Caritas staff said that many of the makeshift settlements were only weeks old. Over 30,000 people have fled in the last two months.

KatiellouKaitella is the head of one town called Mainé Soroa. He said, “I thank Caritas for the help it brings to the people. Its support brings great relief. But one can still see the dehumanising situation in which people live. I’ve a very heavy heart to see that thousands of people are living out in the open, under trees in the cold.” 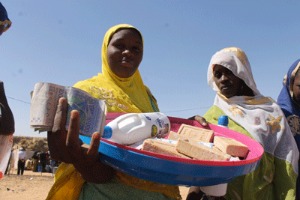 Caritas staff say that people have fled their homes without taking anything. They will lose their harvests too.

Raymond Yoro, Executive Secretary of CADEV – Niger said, “The situation of permanent terror and harassment has led them to flee and end up in a painful situation, especially for women and children who are sleeping outdoors in the cold.

“Given this situation, there is an urgent need for international help.

“The cold dry Harmattan wind is causing great suffering to women, children and the elderly. It is urgent to build more shelters, provide blankets and other aid. Caritas in Niger needs international support to help to the victims of Boko Haram.”