She was forced to flee to Lebanon after her house was bombed and her family was attacked. She saw terrorists kill both her uncle and her grandfather and kidnap her father. Now Malak refuses to sleep alone.

Sabah, also six, used to play in a field outside her home in Homs until it became a dumping ground for dead combatants. She too has trouble sleeping and fears there are monsters in her house. 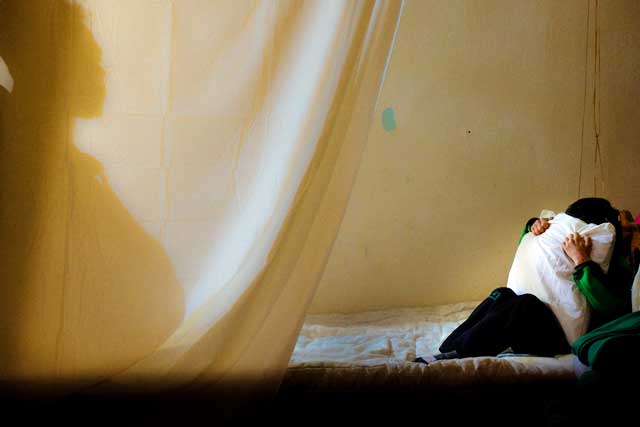 More than 1.2 million Syrians have sought refuge in Lebanon since the conflict began in 2011.  Malak and Sabah are among 486 Syrian child refugees who took part in a study by Caritas Lebanon Migrants Center (CLMC) to determine the impact of the crisis on the mental health and well-being of displaced children.

The study, conducted in 2015, found that the crisis has had a severe effect on Syrian children living in Lebanon.

While most of the children were not physically harmed by the conflict in Syria, the loss of stability and changes to their home life and schooling, as well as the loss of their belongings, has been a source of trauma, the study concluded.

“We are particularly concerned for the innocent victims of the Syrian refugee crisis,” said Father Paul Karam, president of Caritas Lebanon.  “Even though they have played no part in this conflict, children are paying the highest price. They have survived terrible violence which has stolen their innocence.”

Caritas has been on the front line in dealing with the Syrian conflict since it began. Five years into the crisis, the CLMC has helped more than 330,000 refugees. The enormous influx of refugees has strained Lebanon’s resources and fuelled social tension.

More than half of the Syrian refugees (56%) in Lebanon are under 18. While only one in ten was injured in the conflict before arriving in Lebanon, many of the child refugees show symptoms of trauma, including flashbacks and nightmares.

The study found that 67% of those surveyed had witnessed bombings and 37% had seen or heard of killings.  Nearly a third of the children reported feeling nervous or anxious, while 37% reported flashbacks and 28% had nightmares.

“In Lebanon, they are displaced and trying to live out their childhood in difficult circumstances,” said Father Karam. “Undoubtedly both the conflict and the displacement have a great potential to leave deep wounds for the rest of their lives.”

The study required a sensitive approach from CLMC’s staff.  A team of dedicated psychologists and social workers took extreme care in conducting individual interviews with children and focus groups with parents in secure environments.

Bruno Atieh, director of CLMC said the Syrian crisis could have both immediate and long-term consequences on the well-being and development of children.

“We at Caritas Lebanon Migrants Center have witnessed first-hand the negative impact that a crisis can have on the psychological and social well-being of refugees,” said Mr Atieh.

“Trauma can often leave refugees feeling helpless and unable to make sound decisions regarding their lives.”

According to the study, there are few fixed patterns on how children develop trauma or how they overcome it.  It found between 10 and 15% showed signs of anti-social behavior.

“Most troubling was the 9% of children who claimed to lose hope and think of hurting themselves,” the study said.

Family life is the “main anchor” for Syrian refugee children and they find their families a constant source of support.  The study noted while school enrolment did not necessarily improve mental health, it did help with behavior and social networks. 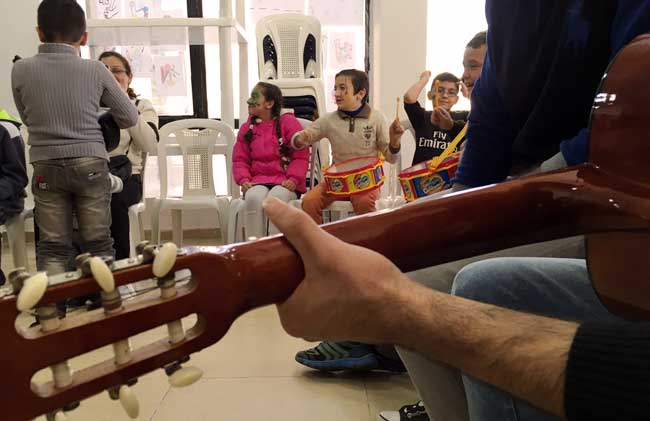 However, some refugee children complained of ostracism and bullying from Lebanese students. In the worst cases teachers, often overwhelmed by the number of students and their demands, also engaged in abusive behavior.

The study said children suffered social isolation when they were kept at home to support their families.

“Children require recreation and play opportunities to develop,” the study said. “If safe play spaces and opportunities are offered to children, they will likely overcome many of the psychological difficulties they face.”

The organization is calling for UNHCR to increase assistance to vulnerable Syrian and Lebanese families and ensure refugees have access to child protection services.

It is also urging the Lebanese government to adopt a “zero tolerance” policy on discrimination and abuse and ensure teachers are adequately trained to support children who need help.