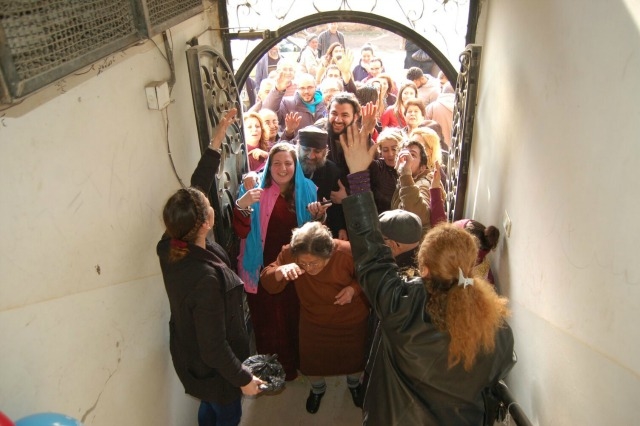 On the 22 February 2015, the Islamic State militant group (ISIS) attacked villages along the Khabour river in northern Syria. They kidnapped around 230 Assyrian Christians, including many women and children.

Among those seized by ISIS were the husband and three children of Caritas Syria’s Caroline Hazkour. She would have been at home but had worked late that night in her role as director of the Caritas centre in Hassakeh and stayed in town.

On February 22, 2016, after one year of detention, Caroline Hazkour’s family and the last remaining hostages were set free. Four months ago, her father in law had been released as his health condition was very bad. Michel Tamras, Caroline’s brother in law, said, “All of them are ok. They will have some medical checkups in the coming few days. They will need some time to adapt again to normal life.”

The release brings to a close a torturous year for Caroline Hazkour, who kept working throughout for Caritas. Her colleagues say she continued to provide help to the most vulnerable, irrespective of their faith or politics, always expressing hope to those people affected by the 5 year long war.

“I have been lighting a candle every day since February 2015, asking God for their freedom, but today my candle will be lit to thank God for everything,” she said. 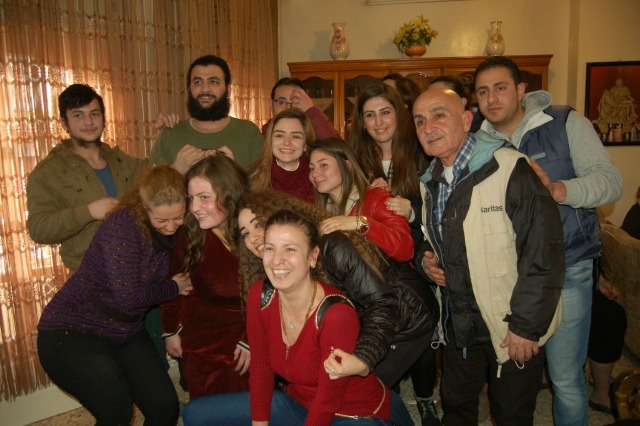 Caroline’s family was allowed to visit their house two days before their release. It was completely destroyed and everything had been looted.

Assyrians Christianity dates back to the first century. Assyrian Christians speak Aramaic, the language of Jesus. What shocked the family was that the beautiful Assyrian church of their village had disappeared completely, with only ruins remaining. They found instead two words written on a pillar saying: “Cross Worshippers”.

When Pope Francis and Russian Orthodox Patriarch Kirill of Moscow and All Russia met in Havana, Cuba 12 February, their statement said:

“We call upon the international community to act urgently in order to prevent the further expulsion of Christians from the Middle East. In raising our voice in defense of persecuted Christians, we wish to express our compassion for the suffering experienced by the faithful of other religious traditions who have also become victims of civil war, chaos and terrorist violence.”