Luda is a kind looking and lively lady, with a moon shaped face and high plump cheekbones. She is wearing a colourful headscarf like most women in her village of Torietsk, which lies on the frontline in Ukraine’s civil war.

She greets us from her porch and welcomes us inside. She points at her ceiling to show how it has been repaired. I notice some decorative tape. It’s a small detail that reminds me how important it is for people to demarcate their domestic space even in times of crisis.

“A shell fell in my kitchen. It happened at night. I had just moved to my bedroom. It missed me by a few minutes,” she said. For months Luba and her husband had to sleep in the cellar. Even if it was summer it was very cold. They had to use every blanket in the house to keep themselves warm. 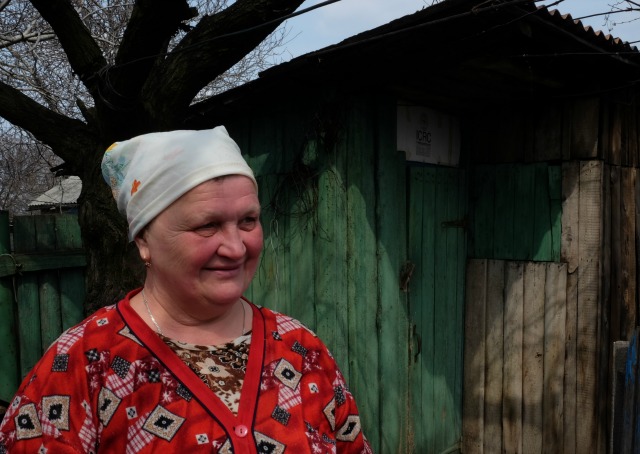 Luba is one of the many elderly and very vulnerable people supported by Caritas in the village of Torietsk. Credit: Irene Broz/Caritas

Now her roof is repaired. She shows the wood she received from Caritas to heat her house during the winter. When asked if she has children, she suddenly starts weeping.

“My daughter lives in [rebel-held] Donetsk with her husband and my five year old granddaughter,” she said. “She calls me from time to time but we haven’t seen each other in two years.  I would like them to leave to a safe place, but where could they possibly go?”

Luba is one of the many elderly and very vulnerable people supported by Caritas in the village of Torietsk. It is just 2 km away from the contact line with the ‘Non Government Controlled Area’ of Donetsk.

Large swathes of the eastern regions of Donetsk and Luhansk were seized by pro-Russian rebels after Russia responded to the ousting of President Viktor Yanukovych by annexing Crimea from Ukraine two years ago.

Although a ceasefire is in place, levels of violence have increased dramatically in recent weeks. “Just two days ago the fighting started again. We saw the army pass in front of our road. There was shelling for two days. My husband and I keep the television volume up to try not hear this sound. But it is loud and very scary,” said Luba. 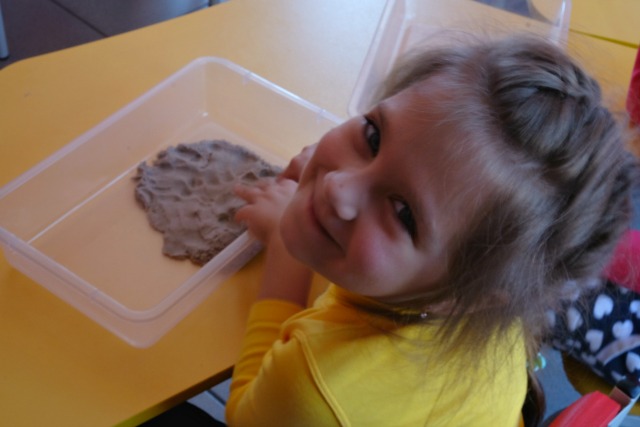 Right next door lives another elderly woman named Lidia. Her mother is one hundred years old. Lidia herself is above eighty. They live alone.

“When our house was shelled I was on the sofa in my living room. The shell broke through the window and hit the sofa right where I was sitting. I don’t know how, but I moved away fast enough to avoid being hit. There was a huge hole in the wall and splinters all over the room right after that,” said Lidia.

Her mother is next door. She is confined to bed and sounds delirious. It is difficult to understand how these two women manage to survive with almost no income and just a small plot of land in front of their house where Lidia grows vegetables, despite her old age. Yet, it is admirable how Lidia, Luba and many others hold on to their lives.

The two-year-old conflict in eastern Ukraine has left over a million without a home, about 1.5 million people hungry, including nearly 300,000 in need of immediate food aid.

Pope Francis has announced that a special collection will be taken up in all Catholic churches in Europe on 24 April: the funds of which will go toward relief for all suffering due to ongoing violence in Ukraine.

“While we need to give people opportunities to get back on their feet as soon as possible, we cannot forget about the elderly and very vulnerable people who can simply not survive without humanitarian support,” said Hryhoriy Seleshchuk humanitarian coordinator at Caritas Ukraine.

“Sometimes when the fighting is going on we have to put our operations on hold and wait. It is very difficult to live with the fact that these people need our assistance and we cannot reach them,” said Hryhoriy Seleshchuk. “It is even harder to know that there are millions of people in need in areas beyond government control and that we can only send through a very limited amount of aid.” 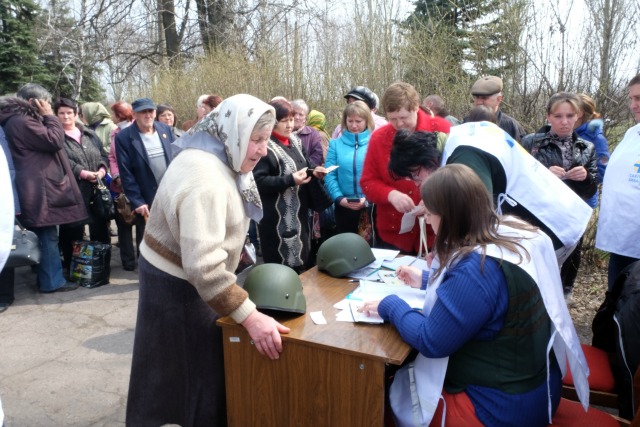 With the summer approaching, fighting is very likely to escalate. For people living along the contact line in Ukraine this means increased insecurity and decreased access to basic resources. The war is far from being over in Ukraine yet it seems like the world has closed its eyes to what is happening here.

As we drive away, I look back and see Lidia on her porch following us with her gaze. She reminds me of my own grandmother who used to watch us, her grandchildren, go away. Every time I wondered if it was the last time I was seeing her.

There is a similar feeling of uncertainty for these forgotten people, caught up in the edges of Ukraine’s forcefully redefined borders, still at the centre of a long lasting and unpredictable war.