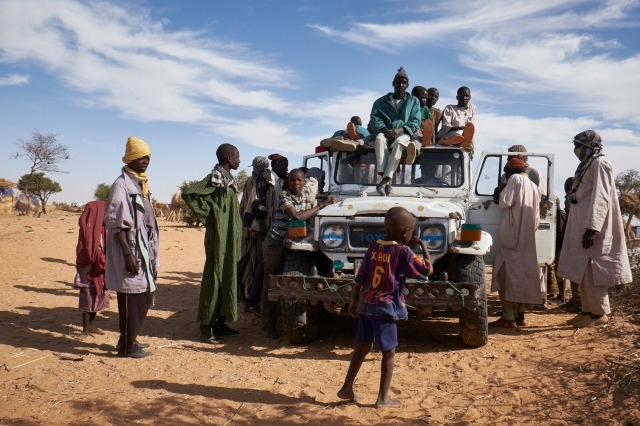 Caritas Niger operates in some of the remotest parts of the country. One of its staff was at the World Humanitarian Summit with a call for greater support for local aid agencies. Credit: Sam Phelps/Caritas

The World Humanitarian Summit in Istanbul 23-24 May brought together 173 governments, 350 private sector representatives and over 2000 people from civil society. With the world experiencing the highest level of humanitarian suffering since the Second World War, delegates were meeting to discuss how to better help those in need.

UN Secretary General Ban Ki-moon highlighted as one of the summit’s key successes the Grand Bargain. It is an agreement between donors and aid agencies to improve efficiency and transparency. The deal should see humanitarian spending channelled to local organisations go from 0.3 percent in 2015 to 25 percent by 2020.

It is good news. Faith-based organisations including Caritas had attended the summit with a clear message of support for more resources to frontline local humanitarian workers.

Sabine Attama, from Caritas Niger (Cadev), was in Istanbul. She said , “We must commit ourselves to strengthen the national and local leadership, as well as the capacity to commit also to increase investment in communities and thus strengthen that resilience.”

Anne Street is head of Humanitarian Policy at Cafod, the Caritas member for England and Wales. She said, “One of the real positive outcomes of the World Humanitarian Summit was the success of the localisation agenda… local actors – who are first on the scene when there is a natural disaster or emergency – to receive a much greater share of worldwide humanitarian spending.”

Cafod were one of the leading supporters of the Carter for Change initiative. It is aimed at getting NGOs to “better support southern based organisations play a more prominent role in humanitarian response and become more robust with direct and predictable funding,” according to Cafod director, Chris Bain.

Caritas had also been focusing on greater respect for humanitarian principles, where the World Humanitrian Summit was less successful in delivering change.

“But the biggest issue on the agenda – how to end and prevent conflict – was simply not on the agenda. Too sensitive for political leaders. Hardly anyone dared to ‘mention the war’. Which is a shame, as wars and conflict are the main reason why this summit was needed in the first place”, said CORDAID (Caritas Netherland) political advisor Paul van den Berg.

Much will now depend on action following words. “No one loves a concept, no one loves an idea,” said Pope Francis in a message to the World Humanitarian Summit. “We love persons. Self-sacrifice, true self-giving, flows from love towards men and women, the children and elderly, peoples and communities… faces, those faces and names which fill our hearts.”