By Fr Bogdan Kordula, Director of the Caritas of the Archdiocese of Krakow

Krakow is called the city of Pope Saint John Paul II. Born Karol Wojtyła, he spent most of his life in Krakow and on becoming pope he made an urgent appeal to young people: “You are the future of the world, the hope of the Church. You are my hope”. He was also the instigator and founder of the World Youth Days. On 13 April 2014, during Palm Sunday Mass, Pope Francis named him patron saint of World Youth Days.

This city has also been called the city of mercy. This is where the nun Saint Faustina (1905-1938), often called the “secretary of Divine Mercy”, died in the Łagiewniki convent. Pope John Paul II canonised Sr Faustina and made great efforts to spread her message of Divine Mercy.

Another very important word for Poles is solidarity, which helped Poland and other eastern European countries to regain their freedom. “Solidarity” isn’t “mercy”. All this enables an understanding of the importance of holding World Youth Day in Krakow for Caritas Krakow.

Caritas Krakow is partly responsible for the preparation of meals for pilgrims. Caritas volunteers will also assist disabled people in their area. 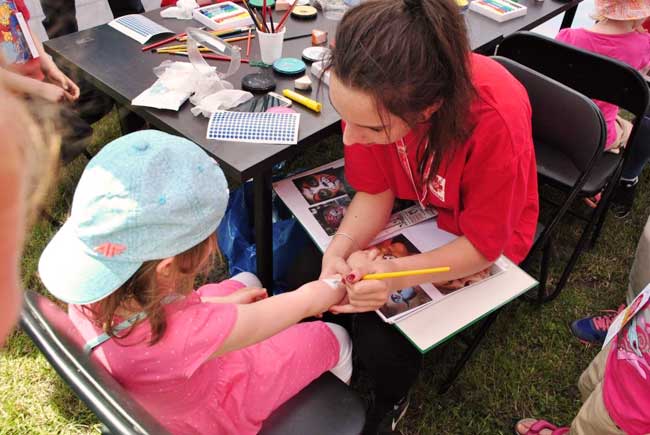 We also have a surprise project, a gift to Pope Francis.

During the prayer vigil, on 2 April, ahead of Divine Mercy Sunday, Pope Francis said:

“How beautiful it would be to have as a reminder, a ‘memorial’ as it were, in every diocese during this Year of Mercy, an institutional expression of mercy: a hospital, a home for the elderly, for abandoned children, a school where none exists, a home for the recovery of addicts… “.

We are currently building such a facility. Ahead of World Youth Day 2016 we would like to launch a crowdfunding initiative so that everyone may participate. We would like to offer the Pope a mobile clinic created by young people to welcome refugees from the Syrian civil war.

Several young people belong to “Caritas school”. These are groups that aim to teach young people to be aware of people in need and to take action.  They visit children in hospital or old people in retirement homes. They help each other with homework, and while on holidays, they raise funds for helping people in need. Student volunteers also help us organise holidays for children from poor families.

Solidarity finds a solid foundation in God. There is no love of God without loving the other. And God’s mercy invites us to act.

We can offer a way to live: to feel loved, to look around ourselves in order to see people who need help and to take action to assist them, to share our love and our hope. What Pope Saint John Paul II called “better to be more than to have more”.

On the one hand Jesus shows his mercy to Sister Faustina, and on the other, he says to her: “You are to show mercy to your neighbours always and everywhere”. Divine Mercy Sunday, established by John Paul II, is a high point for rediscovering and welcoming God’s infinite love. Therefore it is an invitation to trust in God, and at the same time an invitation to act to bring about more solidarity in the world. The two faces of the same reality come to mind: “Blessed are the merciful, for they will be shown mercy” Mt 5:7.