Pope Francis is urging governments to find a political solution to the war in Syria as part of the Caritas Internationalis ‘Syria: Peace is Possible’ campaign

“I would like to address all the faithful and all of those who work with Caritas to build a just society,” said Pope Francis, in a specially recorded video message released 5 July, “Peace is possible in Syria.” 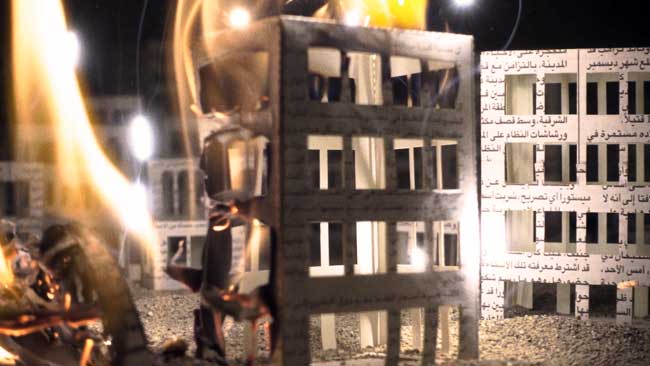 “Everyone has to recognise that there is no military solution for Syria, only a political one,” said the pope. “The international community must therefore support peace talks towards the building of a national unity government.”

“I invite you to ask those who are involved in peace talks to take these agreements seriously and to commit to facilitating access to humanitarian aid.”

Dealing with the humanitarian consequences of the five year war in Syria is the largest Caritas relief operation in the world. 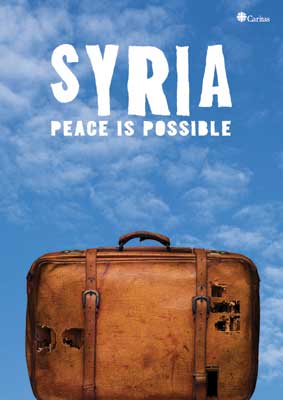 Caritas is also urging its supporters around the world to put pressure on their governments to:

“While the people suffer an incredible amount of money is being spent on giving fighters weapons. Some of the countries providing these arms are also those talking of peace,” said Pope Francis, “How can one believe in those who caress you with the right hand while hitting you with the left?”

Caritas is launching a new website to support the campaign syria.caritas.org which includes specially commissioned artwork from Syrian artist Tammam Azzam, an animated film on the war, an award winning photo series and testimony from Syrians living both inside the country and as refugees in bordering nations and beyond.

Caritas Internationalis President Cardinal Luis Antonio Tagle has met with Syrians in Lebanon and Greece. He said, “These are not just number, these are human beings. We need to give them hope, dignity and peace. In the names of all the people touched by this conflict, we are appealing to everyone, can we work for peace in Syria.”