Sixty million people were either refugees or forcibly displaced in 2015. Martina Liebsch, head of policy and advocacy at Caritas Internationalis, looks at why such large movements of people are challenging nations and individuals.

Why are we challenged by the arrival of migrants in our country?

Migrants may look different to us and may bring another way of seeing the world. We may see them only as suffering and needing of help, and this can make us feel helpless or that we may not want to help them. Migrants appeal to our mercy and present the opportunity of sharing with them. 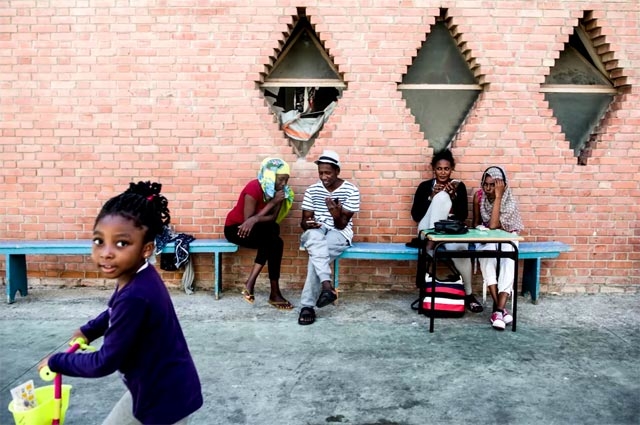 Refugees and migrants stranded on the Franco-Italian border found shelter in Sant’Antonio church and were welcomed by Caritas Ventimiglia. Photo by Stefano Schirato / Caritas Ambrosiana

Aren’t there terrorists among the migrants who arrive?

We cannot condemn millions of people because a tiny number of terrorists have migrated using the same channels. Attackers in a number of terrorist incidents are already residents in the country that they attack. Internet access means that terrorism is a transnational phenomenon which allows groups to reach out to marginalised individuals, recruit and train them in their own homes. Fighting social exclusion and poverty should be a cornerstone of states’ anti-terrorist strategies.

How can we fight smuggling and trafficking of Human Beings?

A key element of Caritas’ migration advocacy is the creation of safe channels of migration because their absence gives rise to people smuggling and trafficking. Many migrants who seek safety or a job – often so they can support families back home – find they don’t have legal ways to migrate. They can end up paying large amounts of money by selling all their belongings they can ill afford to smugglers. Opening humanitarian corridors or resettling people in another country are two safe channels for people forcibly displaced. Legal pathways for labour migration based on needs, are a way for labour migrants.

Should migrants not stay in their own countries?

Many people would opt to stay in their own countries but violence, oppression and poverty often make this impossible. While people’s lives, health and stability are at risk, they have the right to migrate. Migration is a survival strategy but almost all migrants pay a very high emotional, economic and physical price for choosing this strategy.

It is our commitment and duty as Christians to welcome strangers. Pope Francis reiterated this duty when he called on all parishes in Europe to host a refugee family – something he has already done at the Vatican.

How do we integrate migrants?

Many migrants will seek the support of their a community of their own nationality when they arrive in a country but it’s important to foster the encounter between migrants and host communities. Caritas organisations promote this by providing new migrants with language and culture lessons, offering training in new professions which will allow the migrants to enter the local workforce and by creating joint projects and organising inter-cultural events. 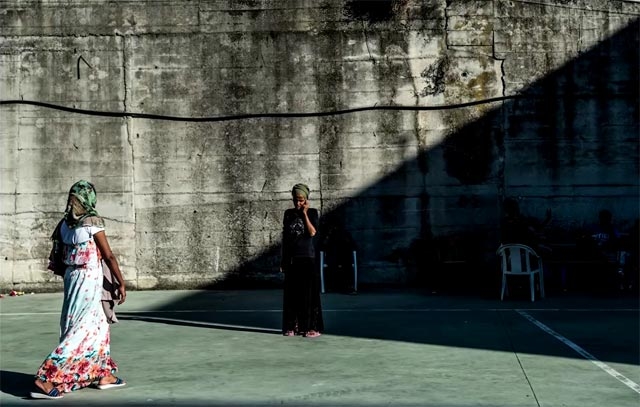 Refugees and migrants stranded on the Franco-Italian border found shelter in Sant’Antonio church and were welcomed by Caritas Ventimiglia. Photo by Stefano Schirato / Caritas Ambrosiana

Will migrants steal our jobs?

Asylum seekers are often not allowed to work while their asylum claim is being processed or they may only be able to work after a certain time.

Labour migrants generally work in the so-called “dangerous, dirty and demanding” sectors. Often these are jobs which nationals don’t want to do such as fruit picking for very low pay or cleaning.

Some academics argue that migrant workers complement the existing labour force rather than compete and that the economy benefits where there is higher immigration.

Will migrants and refugees will take away our pensions?

With the demographic decline in many countries fewer people will pay into pension schemes. Migrants and refugees, if allowed to work, contribute to the pension systems as they are often young. There are studies which say that migrants with their contributions largely outweigh what they may cost.

Is inter-religious dialogue necessary when migrants have a different religion to the host country’s?

Caritas is Catholic organisation but we serve people of all faiths. We believe that inter-religious dialogue is essential for peaceful societies. It works where there is a clear will among members of religious communities to search for common values and where religious leaders join hands to be a model for others.

How can we prevent development aid being used inappropriately by corrupt governments?

Caritas denounces corruption and is working on governance which is in support of people. Caritas advocates for an enabling environment for Civil Society Organisations, which can then hold governments accountable. The Sustainable Development Goals, universal in their nature, are a chance to work towards “leaving no one behind” and Caritas is working to ensure that this happens.

How does Caritas help migrants and refugees?

Many of 165 members worldwide provide migrants and refugees with services such as reception centres, psychological and legal counselling, social services, language courses and pre-departure counselling. Caritas also works on trafficking, migrant workers’ rights on a national and international level.