Every day is a struggle to survive for Rahel, 34, and her family in Sebeya, a village in one of the worst drought-affected areas on the Ethiopian border with Eritrea. Her husband is a soldier and often away. She works as a farm labourer when she can find work to feed herself and her young daughters, Danait and Melat.

“This last year has been the worst ever. I have little or no money coming into the house,” said Rahel. “There has been no rain, no harvest. The ground has remained a desert, offering us nothing.” 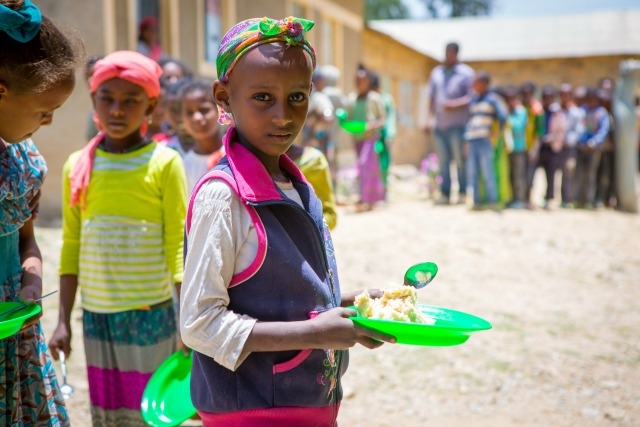 Danait and other students at Holy Trinity primary school benefit from a church-sponsored feeding programme. It’s a lifeline for the children and also stops them from dropping out of school. “Many of the children came without eating breakfast. They were hungry and not able to do their best in class,” says Fr. Solomon from the Adigrat Diocese

Most Ethiopians rely on farming and cattle-herding to feed their families and make a living. But worsening drought, irregular rainfall and poor soil quality due to overgrazing and deforestation have had a devastating impact.

Caritas Ethiopia (the Catholic Secretariat of Ethiopia) is providing cash to a vulnerable households while offering cash-for-work projects, such as water tanks and dams, seed support and water and sanitation assistance.

In a good harvest season, Rahel can earn somewhere between 250 to 300 Birr ($US11 – $13). This year her income has dropped to less than half that amount.“We are barely surviving,” said Rahel. “I must do everything I can to make sure we survive.” 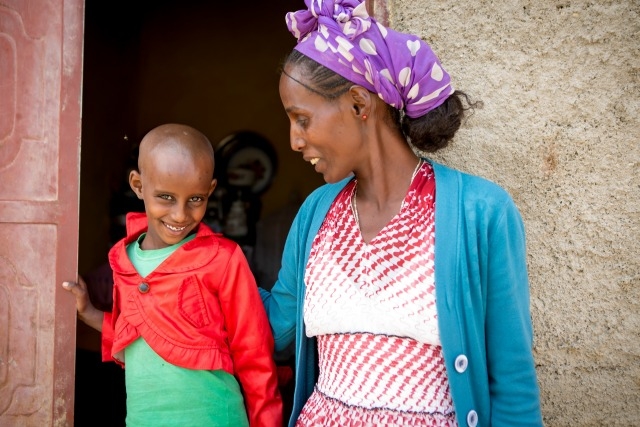 Every day is a struggle for Rahel, and her daughters Danait, 8, and Melat, 6. They live in Sebeya, in one of the worst drought-stricken areas on the border of Eritrea. “This last year has been the worst ever. There has been no rain, no harvest. The ground has remained a desert, offering us nothing,” says Rahel.

Rahel has made a little money selling eggs but has relied on support from Caritas. She has just taken part in a ‘cash-for-work’ scheme at a local dam which is collecting rainwater from mountain runoff for the community.

She has trouble earning enough money to feed her children. “It’s the worst thing as a mother to see your child losing weight, getting skinny, it’s very depressing for me,” she said. “I can’t remember when we all last ate three meals a day.”

Every child a meal at lunchtime

Fr. Solomon, from the Adigrat Caritas diocesan office said, “We’re reaching the most vulnerable in communities with direct cash transfers and cash for work. We’re getting aid to where it is needed, but we’re doing it in such a way that it gives the person dignity.”

“People don’t want to be dependent, but the severity of this drought has tested their coping strategies,” he said. “We know that if we can feed every child a meal at lunchtime, this is a reassuring outcome to many of the parents struggling to feed their children.”

Only 1 percent of Ethiopia’s 96 million people are Catholic and the Catholic Church is one of the largest providers of health and education in the country after the government. 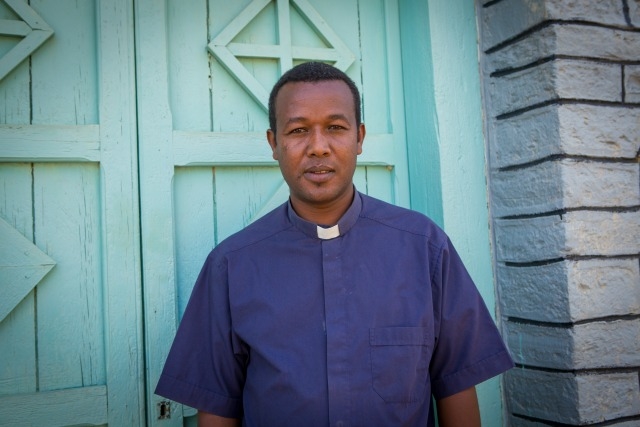 Fr. Solomon is working on the frontline of the humanitarian crisis with support from other Catholic agencies. “The collaboration we have is a lifeline, together we are working to reach the most vulnerable in communities with direct cash transfers and cash for work.”

Fr. Solomon said many of the 210 young pupils at the local parish’s Holy Trinity primary school, including Rahel’s daughter Danait, had been suffering from alarming levels of hunger until the church stepped in to feed children and stop them from dropping out of school.

“Children can walk up to two hours to come to school, many of the children came without eating breakfast. They were hungry and not able to do their best in class.”

We must save lives

At school they now receive a bowl of maize and bean porridge, which not only gives them a meal but takes pressure off families who do not have enough to eat.

Herit is a farmer in the village of Arato. Divorced from her husband, she has five children and the youngest – aged 15 and 9 years of age – live with her at home. The diocesan Caritas in Mekelle is providing her with food aid, as she has not been able to grow any crops this season to feed herself and her family.

The cash transfer programme is a lifeline for Herit. The 477 Birr ($US22) she receives will enable her to feed her family.

“If I did not get this assistance, me and my children would be dead here. Because I have been able to buy this food, my children are living and we are surviving,” she said. 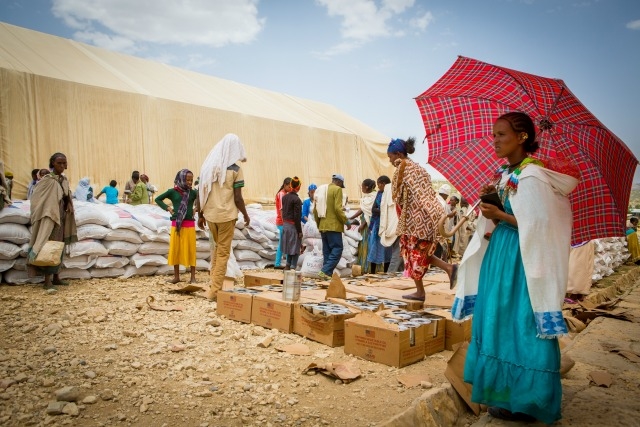 Elder Baraki Gebrai-Woldu, who has seen many droughts in Ethiopia in the past, said the latest is particularly severe as farmers have been unable to deliver a harvest for two seasons. “Not one farmer in the area has harvested a kilo of grain, not a husk for the cattle,” he said.

Shiferaw Mamo, humanitarian programme co-ordinator for the Catholic Secretariat of Ethiopia (Caritas Ethiopia), said the numbers of those in need is alarming. His office has been working with Catholic agencies co-ordinating a joint response to the emergency.

“We are able to do this work because we come together with our Caritas brothers and sisters and work together. The sharing of skills, expertise, the solidarity shown towards us, gives us the ability to reach affected communities in the greatest need.”

In 2011 Ethiopia and other countries in the East and Horn of Africa – namely Kenya and Somalia – were hit by a devastating drought. Shiferaw believes that the current drought Ethiopia is experiencing is even worse. 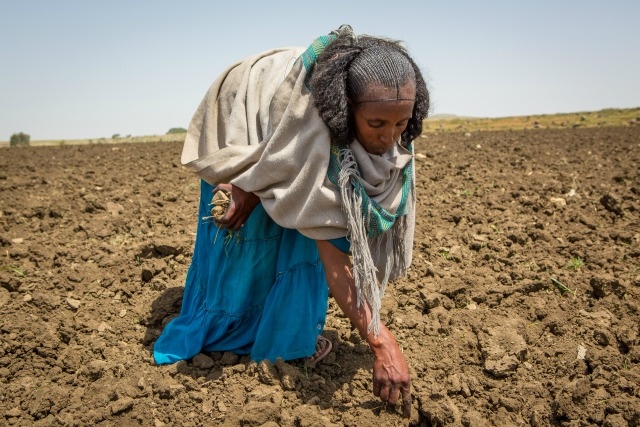 Herit is a subsistence farmer who has raised five children on her own in the village of Arato. Caritas is providing her with cash transfers that enable her to feed her family.

“People simply haven’t been able to grow anything. Our work is to ‘bridge’ the gap, and simply make sure that people do not go hungry and have enough to eat in the coming weeks ahead,” he said.

But Shiferaw is also concerned about the long-term implications of climate change and what it means for Ethiopia.

“Pope Francis has instructed us, he has called on us to take care of our planet,” he said. The situation will just get worse if we don’t stop to think about the severity of climate change.”

“We must save lives.”