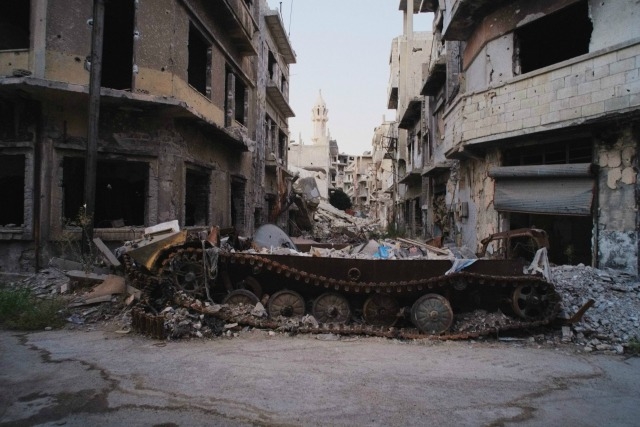 Pope Francis met with Church workers on the crisis in Syria and Iraq 29 September in the Vatican. There were representatives of 40 Catholic aid agencies and Churches engaged there in humanitarian operations, including Caritas organisations.

“Arms and oppression, hidden interests and violence continues to wreak devastation on these countries,” said the pope. “We have the impression of being caught in a spiral of arrogance and inertia from which there is no escape.”

The pope called on the international community for greater efforts to achieve peace so there can be an agreement that “ends conflict and finally gives priority to the good of defenceless populations.” 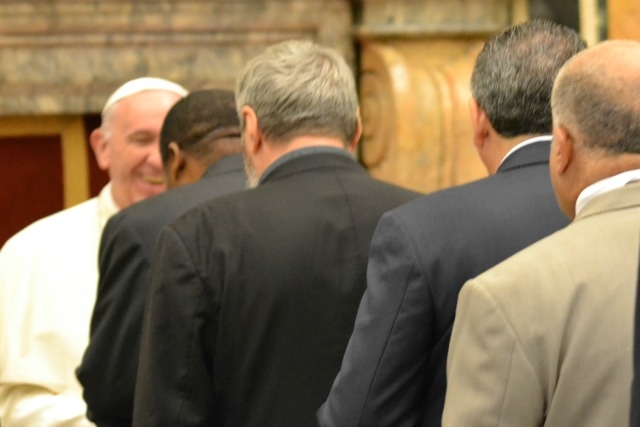 Pope Francis meets Caritas staff at a special event on the crises in Syria and Iraq. Credt: Alfonso Apicella/Caritas

Among those present in the meeting was UN special envoy to Syria, Stefan de Mistura. The pope condemned the recent attack on a United Nations humanitarian convoy in Aleppo, saying that the “evil which is present in man and in history” needs to be “redeemed”.

It was the fifth meeting on the Syrian and Iraqi humanitarian crisis in the Vatican, hosted by the Pontifical Council Cor Unum. They reported that Church networks in the period 2015-2016 reached more than 9 million people in Syria and Iraq, mobilising $207 million (2015) and $196 million (2016 to July).

There are 12,000 Church workers assisting people in the two areas of conflict and in neighbouring countries. Pope Francis thanked those workers as a “sign of hope” and “that evil has limits and does not have the last word.”

Beyond the necessary humanitarian aid, the pope said, “What our brothers and sisters in Syria and Iraq want more than anything else today is peace.” He said that putting an end to the conflict is in the hands of everyone: “Each of us can and must become a peacemaker, because every situation of violence and injustice is a wound to the body of the whole human family.”

Through its Syria: Peace is Possible campaign, Caritas is urging its supporters around the world to put pressure on their governments to:

• Ensure all sides of the conflict come together to find a peaceful solution,
• Support the millions of people affected by the war,
• Give Syrians inside and outside the country dignity and hope

Caritas Internationalis Secretary General Michel Roy presented Pope Francis with a mosaic of a dove and a Syrian city that was used in animated film on the crisis in Syria.