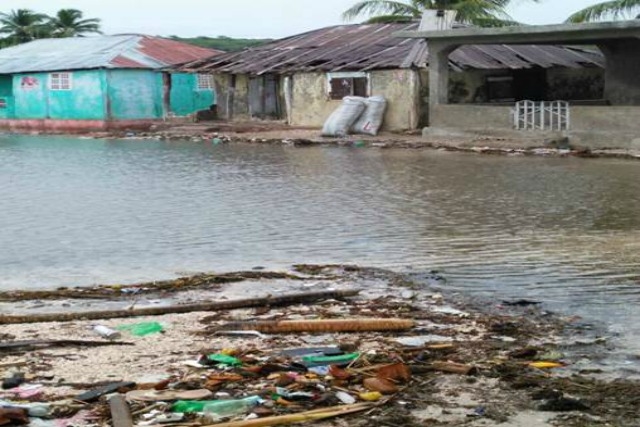 Hurricaine Matthew is the most powerful hurricane to hit Haiti in recent years.

Hurricane Matthew in Haiti ‘catastrophic’ says the director of Caritas Haiti after the massive storm made landfall.

Hurricane Matthew is battering the Caribbean nation with high winds, heavy rains and storm surges. The government declared a state of red alert.Towns including Tiburon, Cayes, Jérémie, Miragoane and Jacmel are on its projected path.

“The effect of the hurricane in the south of Haiti is catastrophic,” said Fr Jean-Hervé François, director of Caritas Haiti. “There have been deaths from drowning and collapsed buildings. Some communities are under water. Many buildings are damaged. People have lost everything.”

Caritas is helping families who’ve left their homes, working with government emergency teams who have opened over 200 hurricane shelters in the at-risk areas.

Caritas has food packages for people to take refuge in shelters in Cayes, a city of 70,000. In Jacmel, it is providing hot meals, water and hygiene products. An emergency team there is in contact with parishes. It has also been giving out blankets, bedding and toiletry kits.

Fr Hervé says that the food they have is enough for four days. Caritas is assessing the situation in the affected areas. Communications are down in some areas which are also physically cut off by floods.

“The infrastructure is not able to handle so much rain in low-lying area around Les Cayes,” said Chris Bessey, CRS’ country representative based in Port-au-Prince. “We’ll have to wait and see how bad the damage is, but flooding is a big concern.”

Before the storm hit, CRS engineers were dispatched to field offices in Les Cayes, Jeremie and Jacmel – cities in the southwest part of Haiti that are directly in its path – and are on stand-by to assess structural damage and begin repairs.

Jean Simon Ludger of CRS’ office in Les Cayes said, “What scares me is that there are many fragile areas where flash flooding and landslides can be a great problem. People are living in slums where houses are not well constructed and can easily be taken away by floods and landslides.”

Caritas warns of an increased risk of cholera due to the heavy rains and lack of access of clean drinking water. Some cases of cholera are already present in the south of Haiti and at least one death has been reported.

Government preparations for the hurricane included evacuation of at-risk communties, awareness raising through radio, social networks and word-of-mouth, the removal of billboards that could be uprooted by high winds and the closure of schools.

A number of people stayed home despite warnings. They only tried to seek shelter in more robust cement buildings once there were high winds and torrential rains.