Prayers for Syria with Pope Francis

Everyday people in Syria become victims of a brutal war. The catastrophe worsens with battles raging in Aleppo, in Hassakeh and elsewhere. Caritas calls on churches, schools, its supporters, governments and people of good faith to join a communal prayer for Syria.

Pope Francis and 10,000 people will pray for Syria during a 31 October ecumenical event in Sweden. They will be at the Commemoration of the 500th anniversary of the Reformation in the city of Lund. It’s the first time leaders of the Catholic and Lutheran Churches will pray in unity. 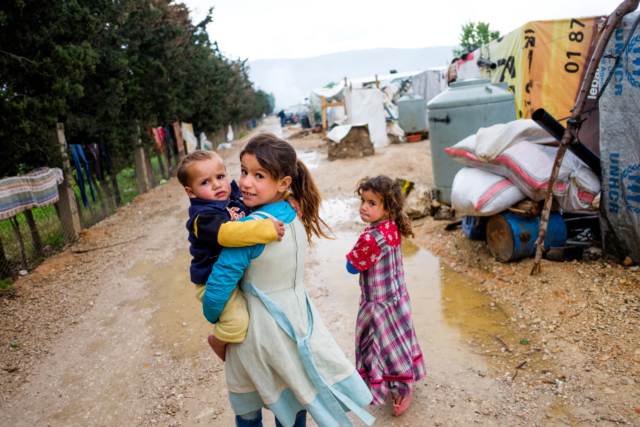 Caritas encourages everyone to pray in communion on 31 October. As Christians, we recognise that prayer is of the utmost importance and an invaluable contribution to bringing peace. It guides our actions, it binds us in solidarity to one another and connects us more deeply with the grace that flows from God.

Caritas wants as many people as possible to come together in prayer for peace in Syria. The prayer is sharable by posting links or photos of it on Facebook, Twitter or other social media platforms with the hashtag #peacepossible4Syria. Caritas staff in the Middle East wrote the prayer.

People will be able to join the event in Sweden by following the live stream online. Money raised from the Lund event will be used to help Syrians in need through Caritas and its counterpart, the Lutheran World Federation (LWF) World Service.

The Caritas Syria: Peace is Possible campaign urges all sides in the conflict to find a peaceful solution, the international community to support the millions of people affected by war and all of us to give Syrians dignity and hope. 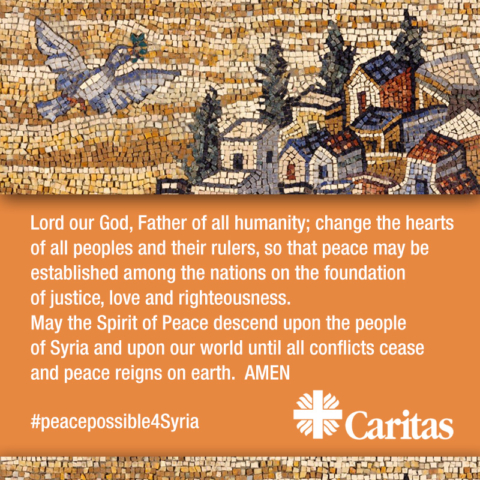 Why is the ecumenical commemoration in Lund so important?
It’s not one inviting the other, but communal. The event goes beyond theological discussions. It leds to concrete action to manifest Christian unity. Caritas and the LWF World Service will participate by discussing tangible ways to move forward together.

In today’s world religious differences can do so much damage. It’s important that Christians, and other leaders of faith, come together. It’s an example of the moral values that help humankind progress. Religion is proof that the problems of our world can’t only be solved by technical solutions, but also require spiritual guidance.

How could unity be achieved?
One step towards achieving a Christian unity is laid out in the document “From Conflict to Communion”. Both churches agree that on doctrinal they have settled their differences. We’re ready to move together. We’re ready to focus on what we have in common, rather than what divides us.

What does this event mean for Caritas and its mission?
It’s a signal that Caritas, as the main humanitarian organisation of the Catholic Church, is ready to strengthen its collaboration with the Lutheran Church and especially the LWF World Service. Our mission to help the poorest to recover their dignity can only be strengthened by greater Christian unity.