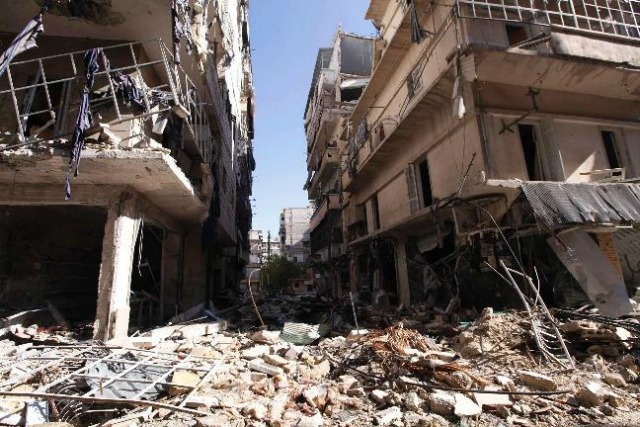 Over a quarter of a million people in eastern Aleppo are beseiged. Credit: Caritas archives

Over 275,000 people face intensified daily bombardment in eastern Aleppo. 100,000 of the people trapped in the rebel controlled area are children. They are facing a humanitarian catastrophe. The near-continuous siege since mid-July has been compared to infamous massacres in Srebrenica and Rwanda. 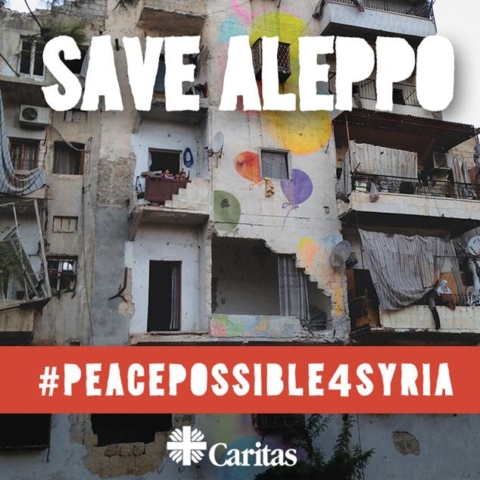 Health is the priority. Hospitals and clinics are in critical need of assistance. They are struggling to cope with insufficient supplies, staff or space to treat the injured. There is also an acute lack of food in the besieged area.

On 28 September, Pope Francis said, “Dramatic news continues to reach me concerning the fate of the people of Aleppo, with whom, through prayer and spiritual closeness, I feel united in suffering.”

Pope Francis appealed to those responsible for the bombing. He warned them that they will be “accountable to God” for their actions.

“In expressing my deep sorrow and lively concern for what is happening in that already battered city – where children, the elderly, the sick, young and old, all are dying,” he said, “I renew my appeal to everyone to commit themselves with all their strength to the protection of civilians as an imperative and urgent obligation.”

Through its Syria: Peace is Possible campaign, Caritas is urging its supporters around the world to put pressure on their governments to:

“Syrian people need peace and dignity,” said Bishop Antoine Audo, the Chaldean Bishop of Aleppo and Caritas Syria president, during an encounter with Pope Francis last week. “The solution for Syria is not military, it is political and it must come from inside Syria, from the people of Syria, not imposed from the outside.”