My family began with the migration of a child. My maternal grandfather was born in China. His mother was very poor so she sent her son with a relative who travelled to the Philippines – and that’s where I was born and grew up.

Migration is a chance for people to bloom as human beings. It is a chance for them to create a better life for themselves and future generations. Even though destructive forces such as war and poverty disrupt human and family life, migration shows us the nobility of the human spirit. Like Christ on his journey to the cross, migration pushes people beyond their physical and mental borders, it stretches their capacities and takes them through deserts of loneliness and rejection. But people bear this journey of sacrifice for a noble cause. 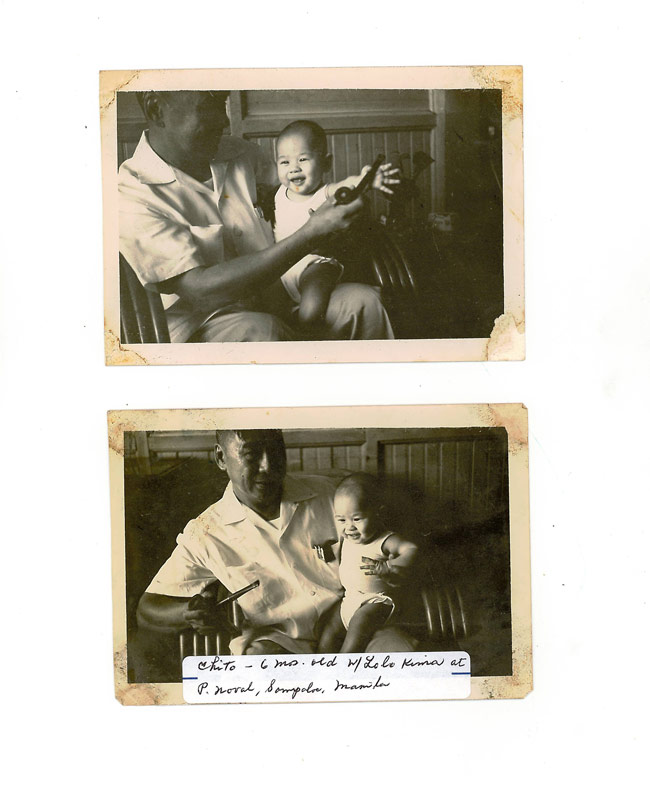 Cardinal Tagle as a baby and his grandfather. Photo by personal collection

We mustn’t forget that people have the right to migrate and choose the place where they feel they can flourish. But they also have a right not to migrate and live a dignified life at home. Many people would like to stay in their countries and villages where they were born, as I’m sure my grandfather wanted to, but when your homeland is torn apart by war or quite simply can’t offer you a job and a stable life you find yourself making the hardest of choices.

If there is one blessing to being called to the presidency of Caritas Internationalis it is to meet with refugees and migrants, especially those in detention. It has brought into sharp focus the suffering that human beings can inflict on each other. Wars and hatred have become systemic in some parts of the world,  destroying human lives and communities.

Those who migrate show us in “living colour” the consequences of hatred and division and bias and prejudice. We must never forget the inalienable dignity and worth of each of these people. We are called to promote the common good of our global human family, not just the good of our own families or countries. Migrants are living reminders to be stewards of creation and to change unjust systems as many of them are victims of climate change or poverty caused when the Earth’s resources aren’t shared equitably.

In migrants we also have the opportunity to marvel at the beauty of the person and explore the depths of love and of caring that people such as Caritas volunteers and also communities are capable of. No sorrow, no pain, no tiredness, no weariness can totally remove from the human heart generosity, compassion and nobility.

Meeting migrants in all their difficulties, and hearing about their hopes and dreams, has caused me to ask myself what’s really important to me. Things I used to consider essential now pale in comparison to the values of human dignity, life, family, the future and the next generations.  I hope the global migration and refugee situation might lead the whole world in a corporate examination of consciousness and also of our value systems. 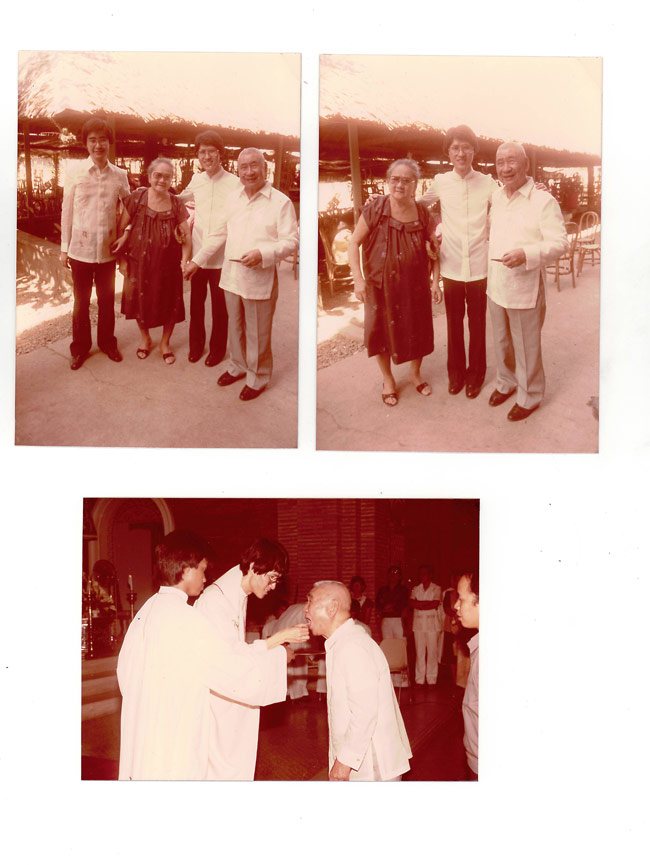 Cardinal Tagle with his grandfather and his grandmother at his Presbyteral ordination in 1982. Photo by personal collection

We understand that each country goes through its own pains and its own struggles. There is the temptation to say “Why should we respond to the needs of these people when we have our own needs to address?” People may say, “charity begins at home” but we need to remind them that it shouldn’t end at home. We can expand ‘home’.

Countries who use the difficulties as an excuse to be inattentive to the needs of migrants know what their own needs are. Their needs are the same as migrants’. Instead of our condition of neediness separating us from them it should push us even closer to them as we all know what it means to be needy. Also, the countries that are closing themselves to strangers can maybe just recall how they themselves in their past histories were received by other countries.

As we prepare to welcome the risen Lord, I have a simple suggestion to Catholics and even to non-Catholic Christians: get in touch with a real migrant. Very often there’s a fear of migration as a notion and as a movement. We forget that it is not a phenomenon. What is involved here are human beings.

Caritas will launch a global campaign in September to invite people to do just this: encounter migrants, share stories and experiences with them and to recognise our common humanity.

If you look into their eyes you will see that something in you can conquer the fear and resistance. We are afraid of something we do not know. And what we do not know we magnify into a threat.  When we get in contact with flesh and blood human beings we see we’re all connected. Like the disciples on the Road to Emmaus we may not immediately understand who is accompanying us on our journey. But once we open our eyes and hearts, then hopefully we’ll be more welcoming towards strangers.