Millions face hunger due to conflict in Africa’s Chad Basin

Mathieu Kaldaoussa and his family have experienced the terror of Boko Haram first hand. They were forced to flee their village in Cameroon after repeated incursions from Boko Haram fighters. Three of his children were kidnapped.

His children have still not been found and the 32-year-old and his wife and their four remaining children are among millions of people displaced by rampant insecurity in the Lake Chad basin. 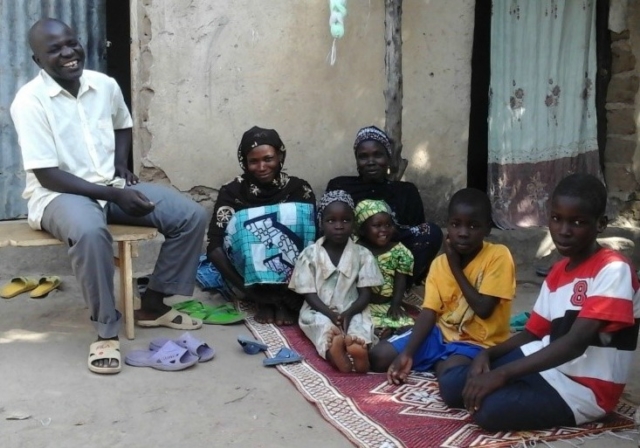 Mathieu Kaldaoussa and his familyere forced to flee their village in Cameroon after repeated incursions from Boko Haram. Photo by CRS

“When we arrived in Koza, the mayor rented us a room as he is a childhood friend,” he said. “I live with my wife, my four children and my four brothers. We were able to eat through donations. When there was no food distribution we stayed hungry.”

Kaldaoussa is now a field agent for Caritas and assisting other people forced from their homes as the worsening humanitarian crisis sweeping across central Africa creates enormous challenges for Caritas and its partners.

Millions of people have been displaced by Boko Haram fighters in Niger, Nigeria, Cameroon and Chad and one in every two families is now in need of life-saving assistance. An estimated 5.1 million people are food insecure.

“The emergency is one of the worst humanitarian crises,” says Fr. Evaristus Bassey, executive director of Caritas Nigeria. “The most affected are women and children and some children are experiencing severe acute malnutrition.”

Boko Haram is estimated to have killed 13,000 people, primarily in northern Nigeria, since 2009 and the crisis is now affecting around 10 million people. Widespread insecurity and raids by fundamentalists have destroyed lives and livelihoods as livestock have been stolen and crops have been wiped out.

Tens of thousands of people are living under trees or in makeshift villages and camps because they are too afraid to return home. Across the worst hit areas in north-eastern Nigeria, extreme northern Cameroon, western Chad and south-western Niger, one in three families is food insecure. 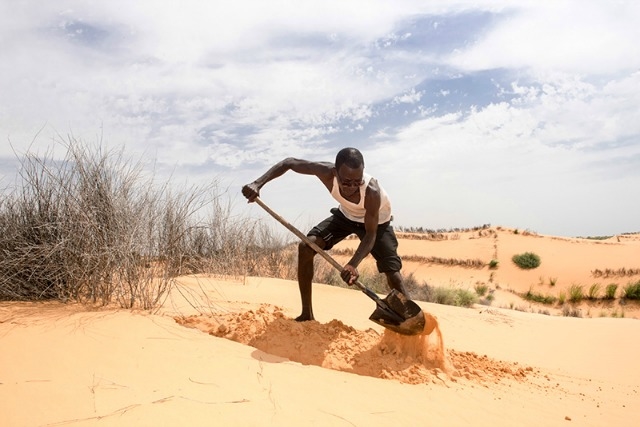 Adam Bassaí works to prevent fertile land from transforming into desert. He and other community members from Djetkoram village construct barriers along sand dunes using dried plants. In exchange for this work, they receive cash from Catholic Relief Services in Niger. Photo by Michael Stulman/Catholic Relief Services

“In north-east Nigeria alone, more than 8.5 million people are in need while the entire Lake Chad Basin may have up to 17 million persons affected by the crisis,” says Fr. Bassey.

The World Food Programme estimates 7 million people need emergency food assistance and as many as 500,000 children are suffering from severe malnutrition in a region that was already vulnerable because of the impact of climate change and environmental degradation.

“I always try to imagine myself displaced, forced to flee on foot for many kilometres, and finding myself with no means to support myself,” says Fr Bassey. “It is dehumanizing.”

Fr. Bassey said there is hope and the international community is working to respond to people’s needs and restore their dignity. “The needs are enormous.,” Fr Bassey said. “The UN estimates that up to $US1 billion dollars is needed for emergency assistance.”

Caritas is working with Catholic Relief Services (CRS is a US Caritas member) to provide cash for food, water, and hygiene kits as well as urgent shelter and other living supplies.

“In the last seven years, Boko Haram has systematically targeted civilians in the Lake Chad Basin region, leading to loss of life and mass displacement,” said Jennifer Poidatz, vice president of CRS’ Humanitarian Response. “The magnitude of the needs make this one of the most urgent humanitarian crisis of our time and, despite ongoing efforts, much more needs to be done to provide conflict affected families with food, nutritional support, psychosocial care, water, and shelter.” 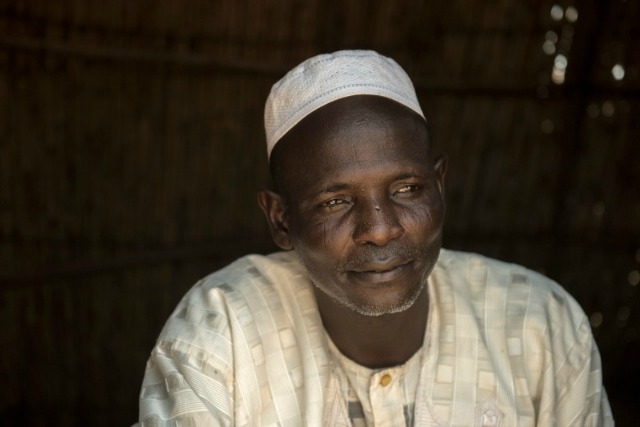 Moustapha Korimi arrived in Diffa in Niger three months ago after escaping Boko Haram violence in Nigeria. Moustapha has received material for shelter distributed by CRS in partnership with Development and Peace (Caritas Canada). Photo by Michael Stulman/Catholic Relief Services

Caritas Nigeria is providing diagnosis and treatment for 1,500 children affected by acute and moderate malnutrition and water and sanitation for 1,500 households in Hawul and Askira Uba and in Borno State.

CRS in Nigeria is providing food assistance, hygiene and living supplies to 50,000 people, food assistance in Yobe State and livelihood support in Adamawa State in the Maiduguri area.

“While ensuring that critical needs are met, we must also focus on longer term recovery – building resilience to withstand the impact of future crisis – which must include strengthening local capacity for response,” said Poidatz.

Caritas is working with CRS in Chad, Cameroon, Nigeria and Niger where Catholic relief is helping to support thousands displaced by Boko Haram attacks in the Diffa region. More than one-third of Diffa’s population, estimated at 600,000, has been internally displaced by the conflict. Dozens of schools have shut down in the region and malnutrition has reached critical levels.

Food distribution, shelter and household kits are critical for vulnerable displaced families. “The situation of permanent terror and harassment has led them to flee and end up in a painful situation, especially for women and children who are sleeping outdoors in the cold,” said Raymond Yoro, Executive Secretary of CADEV, Caritas in Niger. 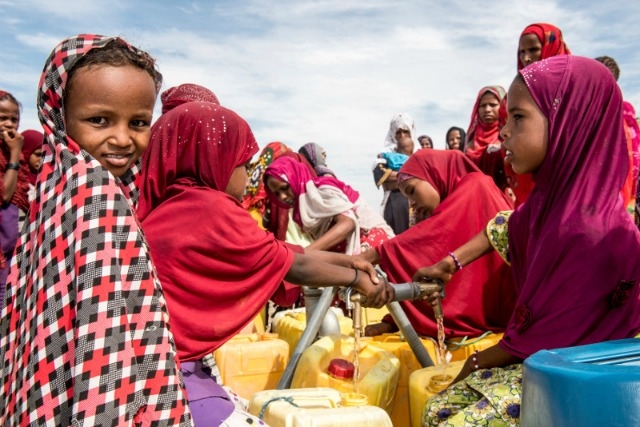 Chad’s lake region has become a refuge for those who have seen their markets camps and villages bombed. CRS is providing families with food, seeds and tools and 1000 families will receive two goats each and two months of livestock fodder.“They welcomed me and helped me build my house,” said Haoua Abdoulay, an IDP. “They gave me mats, reeds for a fence and provided labour to build my home.”

Caritas is committed to building a future for those who have been displaced and long-term food security.” Supporting livelihoods is extremely important because we always have to be careful to link relief with recovery and development,” said Fr Bassey.

“The international community should support not only these needs but work with local actors on ground to upgrade and sustain the resilience and capacities of these communities.”