Syria conference must invest in future for refugees 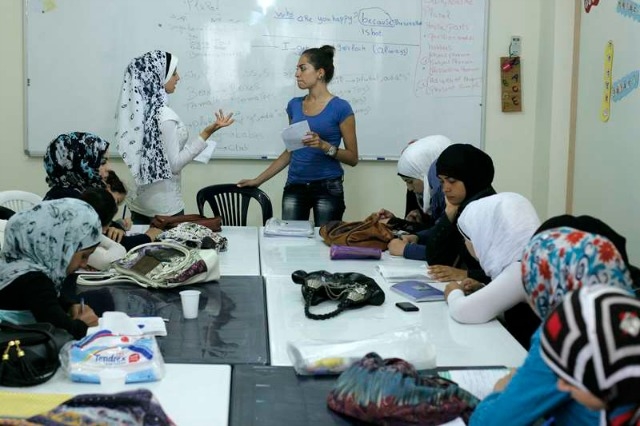 Caritas agencies call on western countries to do more to help fleeing Syrians, as more than five million people have been forced to cross borders and register as refugees in neighbouring countries. They warn that a Brussels Conference on Syria this week must prioritise mobilising funds for longer-term development for Syrian refugees.

In a joint report, Caritas argues the Brussels Conference needs to offer a new deal of investment for Syria’s neighbouring governments that would allow Syrian refugees to support themselves and their families financially.

Alan Thomlinson, CAFOD’s Programme Manager for Syria, said, “With no end to the conflict in sight, despite a fragile peace process, and no prospect of safe return home for Syrian refugees, the Brussels Conference must deliver a new deal by providing more investment to neighbouring countries hosting refugees, in support of employment opportunities and to stimulate economic growth, that benefit both refugees and host communities alike.”

The agencies point out that the overwhelming majority of Syrian refugees are living in informal settlements established on agricultural land in Lebanon, in cramped flats in Jordan, and in housing with very basic necessities in Turkey. The refugees are in need of jobs, education and healthcare, the agencies say.

The report highlights the under-funding of livelihoods and social cohesion, and says that with the right help from international donors, Syria’s neighbouring governments should develop policies that allow refugees to support themselves financially without the risk of arrest by authorities. This would also allow refugees to contribute to the economy of the communities hosting them, the report says.

“The Brussels Conference needs to provide some benefits to host communities, and particularly to the smallest enterprises – so that experienced trades people, farmers and teachers, among others, can put their skills to good use,” said Thomlinson.

“In Lebanon, for example, the Lebanese are often the ones already employing Syrians informally. Apart from jobs, there is also a need to lift legal and political barriers that put refugees outside the law and deprived them of educational opportunities as well as basic services such as healthcare. This is critical to offering, hope, safety and dignity to millions of refugees.”

In the six years of the Syrian conflict, nearly 400,000 people have been killed, and half of the country’s population has been displaced by the violence. Turkey has accepted nearly 3 million refugees, while Lebanon hosts more than 1 million and Jordan more than 600,000.