Child malnutrition in parts of Venezuela is now at the level of a humanitarian crisis, warns a new report from the local Caritas agency. With the economy in freefall, shortages of food and medicine and soaring food prices, nearly half of children under five in areas monitored by Caritas are suffering from some degree of malnutrition or at imminent risk.

Caritas has been surveying child malnutrition across four states including the capital Caracas. The latest figures show that 11.4 percent of children under five are suffering either from moderate or severe acute malnutrition. The World Health Organisation’s crisis threshold for child malnutrition is 10 percent. 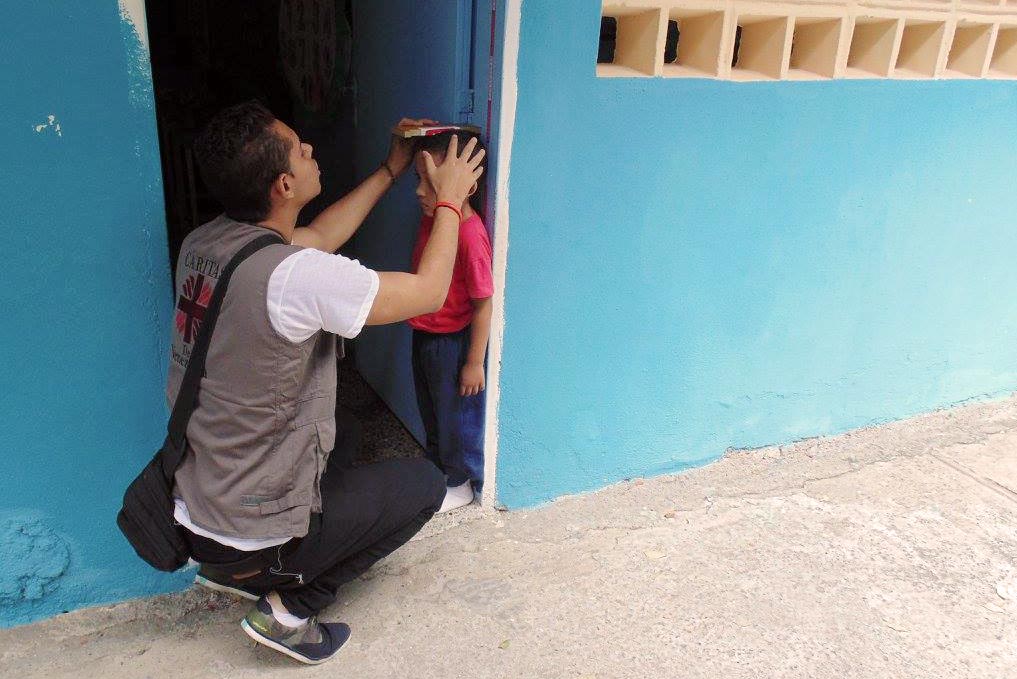 Caritas has been monitoring levels of malnutrition and providing assistance to under-5s since October across four states: Distrito Capital, Vargas, Miranda and Zulia. Photo by Caritas Venezuela

The Caritas figure rises to 48 per cent when under-fives at risk or already suffering lower levels of malnutrition are included. “We are extremely worried,” said Janeth Márquez, director of Caritas Venezuela, “which is why we are going public with this series of reports. We have been monitoring levels of malnutrition and providing assistance to under-fives since October across four states: Distrito Capital, Vargas, Miranda and Zulia.

“Our results clearly show that general levels of malnutrition are rising and acute malnutrition in children has crossed the crisis threshold. If we don’t respond soon, it will become very difficult for these children ever to get back onto their nutritional growth curve.”

For the most vulnerable children, Caritas distributes kits containing specialist food supplements, especially protein and minerals such as iron. Medicines are also offered to the most at-risk people, who have to be strictly prioritised given the difficulty of obtaining medical supplies.

Over eight in ten households across 31 parishes surveyed in the Caritas report are eating less than before, and nearly six out of ten say that some family members are going without food so that another person in the family can eat – typically mothers giving their own food to their children.

“In some places we surveyed, the child malnutrition level was as high as 13 percent,” said Susana Raffalli, a humanitarian specialist in food emergencies working for Caritas in Venezuela. “If you think that four years ago the acute malnutrition rate was 3 percent, then it is shocking. In October it was 8 percent. It is progressing at a worryingly high rate”.

“You see the wasting and in some cases the edema – all the classic images of starving children. In the villages, it’s the children who are worst affected but also the adults are very wasted. You still see fancy restaurants and people living a normal life in the capital, but even in those areas, in the early morning, you see people going through trash bins looking for food.” 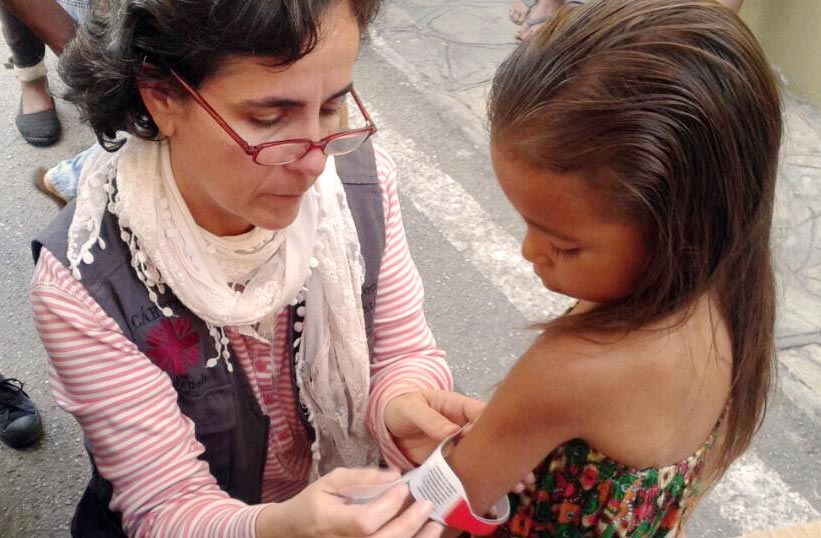 One in ten children surveyed by Caritas in Venezuela are suffering from malnutrition. Photo by Caritas Venezuela

The Caritas report shows one in twelve households were eating “from the street” – scavenging for leftover food from restaurants and rubbish bins. With inflation running at 720 percent, the highest in the world, the basic food basket now costs 16 times the minimum wage.

“It’s a major crisis and needs national and international help to manage the scale of the disaster at the highest decision-making levels,” said Susana Rafalli. “Livelihoods have been degraded to such an extent, that the very poor have no means to cope – everything has broken down. Jobs, healthcare, the family, home – poor people have lost everything as they move about in search of a lifeline. The humanitarian community and the people of Venezuela need to begin a full-scale response now.”

Venezuela’s healthcare system has collapsed. Hospitals have run out of medicines, healthcare provision, and mosquito-borne diseases including zika, dengue, malaria and chikungunya, as well as infant and maternal mortality rate are on the rise.

“We need in-kind aid from the outside,” says Susana Raffalli. “In hospitals, we don’t even have formula for babies. We need basic medicines.”

As part of the Caritas response, ‘sentinel sites’ where children are brought for regular checks have successfully been set up to monitor nutrition levels and provide nutritional supplements and basic medicines to affected children. House visits are also conducted, with the result that children at risk are now identified immediately and given medical and nutritional help.

“We are lucky to have a wonderful team of volunteer medics who are serving the community,” said Janeth Márquez. “In the parishes where Caritas is carrying out its programme, a number of children have stabilized and even recovered, despite the ongoing crisis.” 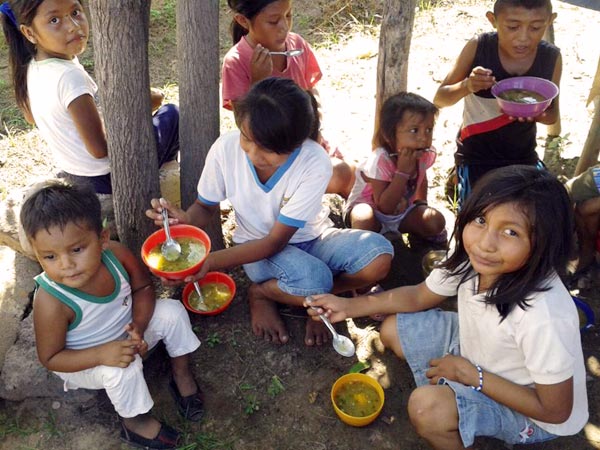 Caritas provides food and basic medicines to children affected by malnutrition. In the parishes where Caritas works, a number of children have stabilized and even recovered. Photo by Caritas Venezuela

Alongside shortage of food, the other biggest risk to health is the lack of clean drinking water. Even in urban areas supplies can be cut off for days. “We are very worried about access to safe water,” said the Caritas director.

“Fresh water supplies failed a long time ago, as reservoirs have not been properly maintained, and there are no basic supplies for making water drinkable such as chlorine. In many areas the piped water is not safe to drink,” she said. “If a child who is already malnourished falls ill with a parasite, obviously the impact will be much worse. The economic situation is so bad that people can’t afford gas bottles, so they are not boiling their water.

“We are running workshops to show people how to protect themselves from water-borne parasites. We are also distributing hand-made fresh water filters that were developed for use in Africa, and training people to use them so that especially children, pregnant women and old people can drink better water.”

The Caritas report has been issued to urge the national and international community to intervene in the crisis, concluding that direct food relief including nutritional supplements is critical as is the restoring of adequate facilities for healthcare, clean water, and sanitation.

As Caritas concludes, “The response to the food crisis must be a social and economic priority, taking the politics out of protecting the most vulnerable people and facilitating the relief work of all those who, officially or unofficially, have direct contact with those most in need throughout the country.”