“We have some animals, but everyone is poor,” said one fisherman in the Chadian village of Bibi-Barrage, on Lake Chad. “If we had some canoes, we could fish.” For two years now, indigenous villagers and displaced people have been living together surviving on the same land resources with not enough to go around. 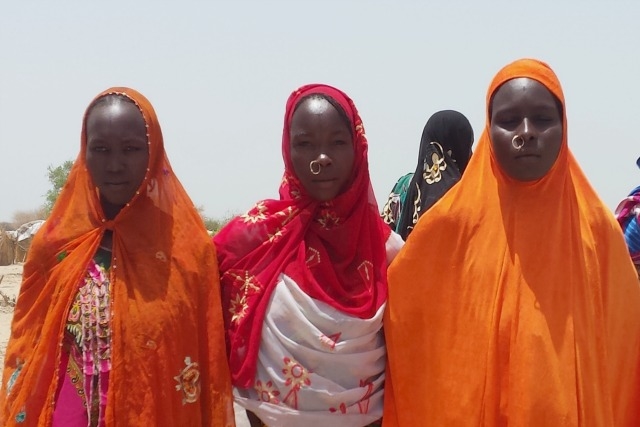 Lake Chad includes Nigeria, Cameroon, Niger and Chad. It’s a forgotten world that has been brutally thrown back in the news due to the presence of Boko Haram insurgents. This lake, full of fish, directly supported the livelihood of millions of people. However, the hundreds of small islands and channels between the tall grass are an ideal hiding place for fighters, anxious to conceal themselves and to grab some of the livestock and crops.

Today, this region is the scene of a humanitarian tragedy. More than seven million people are at risk of food insecurity and 500,000 children are suffering malnutrition to a severe level.

Since 2014, the Lake Chad area is a regular target of the Jihadist movement Boko Haram. In Chad alone, almost 130,000 people have been forced to leave the islands of the lake and to seek refuge on dry land. They have left everything, even their precious canoes and their equipment.

“When we arrived, we built some huts,” said Mahamat Malloum. “But the rain destroyed them several times.”

The first wave came from the Nigerian front. The displaced fled from abuses committed by the Boko Haram. At the start of 2015, the insurgents razed several settlements near Lake Chad to the ground and killed hundreds of people.

The second wave was made up of people evacuated by the army during its search operations through the islands, now considered a war zone. Since then, the security situation remains tense and the state of emergency has not been lifted. Children are confronted daily with traumatic events. A man that Caritas spoke to showed the scars on his leg. His village was attacked by Boko Haram in 2016. The whole village was torched.

Not everyone has left however. There are still some fishermen on the islands said Sylvain Nodjiban from Caritas Chad. They hope to revive their fishing trade. Some return to their island once a week for the market. They know they are risking their lives, but “fishing is all that we know how to do” they say.

“Returning is not an option,” said the deputy prefect of Baga Sola, one of the main cities of the region.

Nodjiban is a Project Manager at Caritas Chad. He ensures the monitoring and coordination of an emergency appeal for displaced people and host populations in the region of Lake Chad. This project, which supplies food security for about 4,000 people, or about 675 households, will end in October 2017.

Caritas N’Djamena-SECADEV has deployed about thirty agents on the ground and is assisting more than 35,000 people in partnership with other NGOs. Its work is highly appreciated. But things have hardly improved in these recent months, on the contrary. Nodjiban does not hide his concern: the humanitarian situation has deteriorated, “because we are still seeing big movements of people… due to the military operations at the border.

According to a multi-sector assessment, about 400,000 people could find themselves in a situation of serious food insecurity during the next lean season.

People have already lost everything

In the host villages, access to the land is difficult. Nodjiban said nevertheless that relations between displaced people, refugees, and local people are good.

In Oslo in February, the conference of donors organised by the U.N. raised $3.5 million for the distressed populations. But the humanitarian needs of Lake Chad amount to $16.6 million.

Nodjiban is also not ruling out the risk of a land conflict, due to the demographic pressure caused by the waves of displaced people observed daily.

“We are in need of help rapidly,” says a young woman, Kakay Ali. “A woman like me should have several children but we do not have the strength.”

For Caritas, the current priorities are food assistance and drinking water as well as support for tools and inputs, fertilisers and pesticides, to strengthen the means of subsistence. It is urgent to reinforce food and nutritional management of the populations of the lake and to support their subsistence activities to make it possible to ensure their resilience in the case of a potential crisis.