No back to school after floods hit India hit

Basanta Norah an eight year old orphan, recalling the ‘unforgettable’ night of 2 July 2017, said, “When the floods hit my village Rangapathara, located on the embankment of river Ranga-Nadi, all I was thinking who will save me from dying.”

The death toll from monsoon floods in India, Bangladesh and Nepal has climbed to over 1,200. All three countries suffered flooding during the June-September monsoon season. 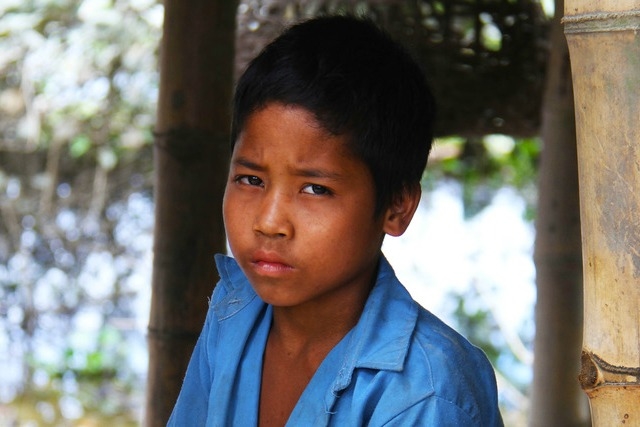 Rangapathara was one of the thousands of villages cut off with people deprived of food and clean water for days. The  village has a population of around 1300.

Basanta and other children, who witnessed for the first time such devastation, could hardly cope up with mental trauma they have gone through.

“The current of water was so strong that I along with my two sisters could hardly move and were yelling for help,” said Basanta.

“After much effort we were rescued to the safe embankments where we stayed for 5 days and waited for help and food. As our livestock, granaries and belongs flushed away in flood. The worst thing I suffered was that my books too were lost away in floods,” said Basanta.

A 4th grade student, Basanta Norah admits that the worst loss children like him is they cannot go to school, as the building is also inundated.

Without access to clean water, food and shelter, flood survivors are particularly vulnerable at this time. Schools are already shut and the fear that other water-borne diseases such as jaundice and cholera could affect the children and others.

“Our books were also washed away in the floods, but I really want to go back to school. But seeing my house damaged and water everywhere I have a big fear of falling ill,” said Basanta .

“Caritas India is the first to have arrived here. We are very grateful to them. They provided us water, sanitation and hygiene kits and cash. This indeed is a great support in these difficult times. I want to go back to school and not fall ill. We are currently drinking the water from the same water which is affected by the floods and since we have lost our livestock, seeds and house is damaged too I am afraid to ask my sisters and father to buy me books and clothes so that I can go back to the school.”

Join hands with Caritas India to reach out to these ill-fated flood affected children who are still going through starvation and mental trauma!