World Day of Prayer for the Care of Creation

When we celebrate the World Day of Prayer for the Care of Creation on 1 September, we begin the Time for Creation which lasts until October 4, the Feast of Saint Francis of Assisi. We witness the spirit of communion as a family that shares the goods in the common home that God, in his immense love, has created for us. 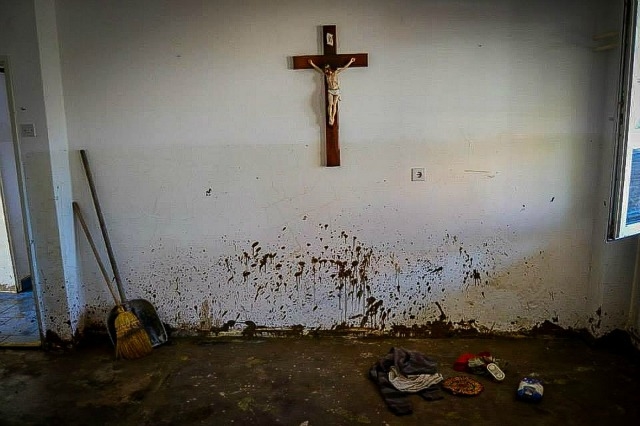 It is a date with wide a ecumenical dimension, through an encounter with the Orthodox Church, the appraisal of the contribution of the World Council of Churches (WCC) regarding ecological justice and adherence to the commitment of the Papal Encyclical Laudato Si’. A day to “walk and sing” “Praise the Lord!” with all beings of Creation, to which “every man” and “all men” belong.

Since “We are faced not with two separate crises, one environmental and the other social, but rather with one complex crisis which is both social and environmental” (LS 139), “a true ecological approach always becomes a social approach; it must integrate questions of justice in debates on the environment, so as to hear both the cry of the earth and the cry of the poor.” (LS 49).

Praying for Creation has deep implications for transforming the culture of waste into a culture of care. In this way, the fight against climate change demands a radical human change. Equally, human change must be reflected in a change of habits, one of them concerning the food cycle.

When reviewing step-by-step the economy of extraction, industrialization, marketing, consumption and waste, we find many factors that tremendously influence climate change. For example, the high percentage of food waste, speculation and hoarding, uncontrolled use of agrochemicals, irresponsibility in the management of genetically modified organisms (GMOs), as well as the use of agricultural land for extractive purposes are some of the problematic issues on which a transparent dialogue between faith, politics and economy is required for the search of human fulfilment.

Praying for the care of Creation entails an interdisciplinary action in order to heal both the symptoms and the causes of the cry of Mother Earth and her most vulnerable and fragile children.

The first World Day of the Poor will be celebrated on 19 November.  The Word of the Lord asks us “Let us not love not in word but in action.” (1 John 3:18). It traces a path that connects the Time of Creation with the mission of service that the final stage of the liturgical year lays out to us. The governing principle is the need for an integrated ecological conversion.

“The Australian bishops spoke of the importance of such conversion for achieving reconciliation with creation: “To achieve such reconciliation, we must examine our lives and acknowledge the ways in which we have harmed God’s creation through our actions and our failure to act. We need to experience a conversion, or change of heart.” (LS 218).

At the beginning of his pontificate, Saint John Paul II had said: “Fight hunger by changing your lifestyle”. It “is a motto which has appeared in Church circles and which shows the people of the rich nations how to become brothers and sisters of the poor. We need to turn to a more austere way of life which will favour a new model of development that gives attention to ethical and religious values”.

Moreover, if “The external deserts in the world are growing,” it is “because the internal deserts have become so vast” (Benedict XVI). “For this reason, the ecological crisis is also a summon to profound interior conversion.”

Prayer. Conversion. Action. Creation. These are key words that inspire this day and illuminate this special season. Given its ecclesial identity and the novelty of its service within the world today, for Caritas it is not only one more event in the calendar, but an appeal to live intensely the love made service with an integral ecology outlook, which is nothing but the beloved look of Jesus.