Caritas to give aid in Rohingya refugee crisis 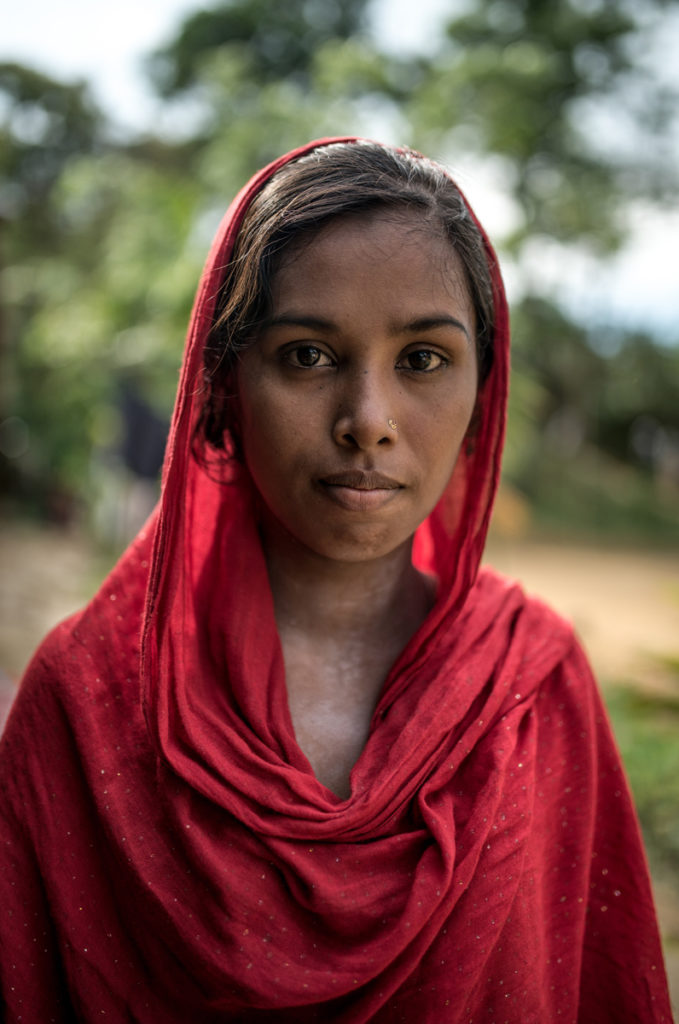 This young girl is already a widow. Four weeks ago, 18-year-old Fatema’s  husband was killed and their house burned down in Rakhine State, Myanmar. Fearing for her life and that of her son, Shohel, she took him on the dangerous journey across the Naf river into Bangladesh. The pair have been living in Balukhali refugee camp for the last fortnight, alone and unprotected.

“Our biggest challenge in the camp is food and money,” says Fatema. “Sometimes we go to bed hungry. We got some dry rice but we have no vegetables and no cooking utensils.”

Fatema and Shohel are just two of the 501,000 refugees (UNHCR estimate, 28 September) who have fled into Bangladesh in the space of only a month, filling makeshift camps or simply sleeping by the roadsides. The speed and scale of the exodus make this the world’s fastest growing refugee emergency.

Most of the refugees are Rohingya Muslims, who report that they are escaping a violent crackdown by the Myanmar military and ethnic conflict. Joining the 300,000 who were already in Bangladesh, they are in critical need of care. 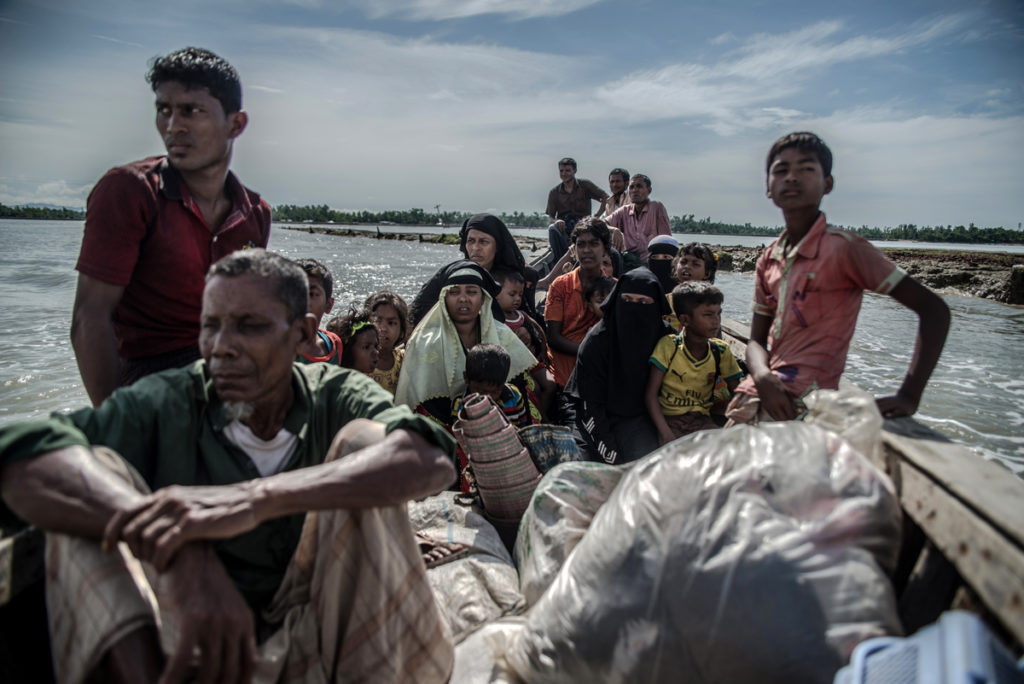 Hamida Begum, 27, (in yellow headscarf) takes a boat with her five children and other refugees to the Teknaf peninsula in Bangladesh, after crossing the Naf river from Myanmar the previous night. Photo by Aurélie Marrier d’Unienville/Caritas

Boats continue to cross the river bordering the two countries every night, loaded down with persecuted people. The Bangladeshi government has stated this week that with 4,000-5,000 arriving daily, they have set aside land near Cox’s Bazar to create one of the largest refugee camps on earth,  to shelter 800,000 people.

“The human misery created by such massive displacement of men, women and children under the threat of death is getting worse every day,” writes Francis Atul Sarker, the Executive Director of Caritas Bangladesh. “There is scarcity of food, drinking water and sanitation… Many of them are still living under the open sky.”

This is an exceptionally vulnerable population, the majority of whom have suffered greatly even before arriving in the squalid conditions of the camps. They have fled with little or no possessions, some are wounded, and sixty percent of the refugees are children, according to preliminary data of UNICEF. A further one in ten are pregnant or breastfeeding women. They do not have much time before disease and malnutrition take hold. Many children are already malnourished. 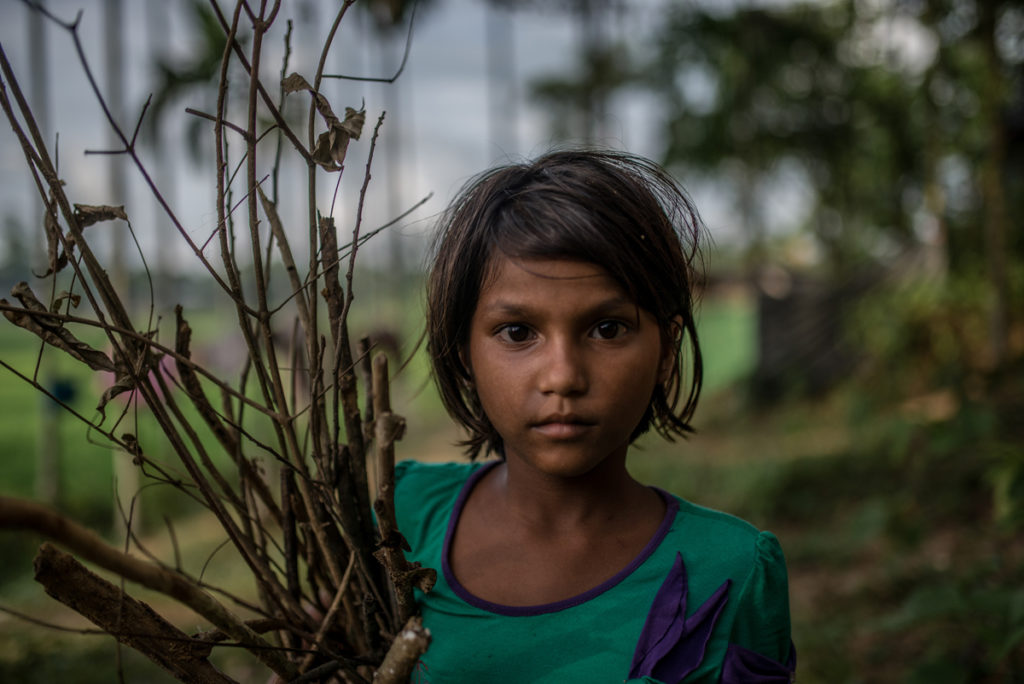 Halima Begum, 8, has been living in Balhukali camp for the last three weeks. Her mother Fatema Khatun says that food distribution is not reaching her family and they have had to borrow food from relatives, often having to miss meals. They have been surviving on a little rice and potatoes and as a result her children are suffering from malnutrition. They have no access to clean water or toilets, there is no medicine, and no large hospitals nearby.

Bangladesh is one of the world’s poorest countries and is meanwhile struggling to cope with the worst flooding in decades. This is increasing the misery for refugees, many of whom are living out in the open, bogged down in mud, with nowhere to wash or get dry. 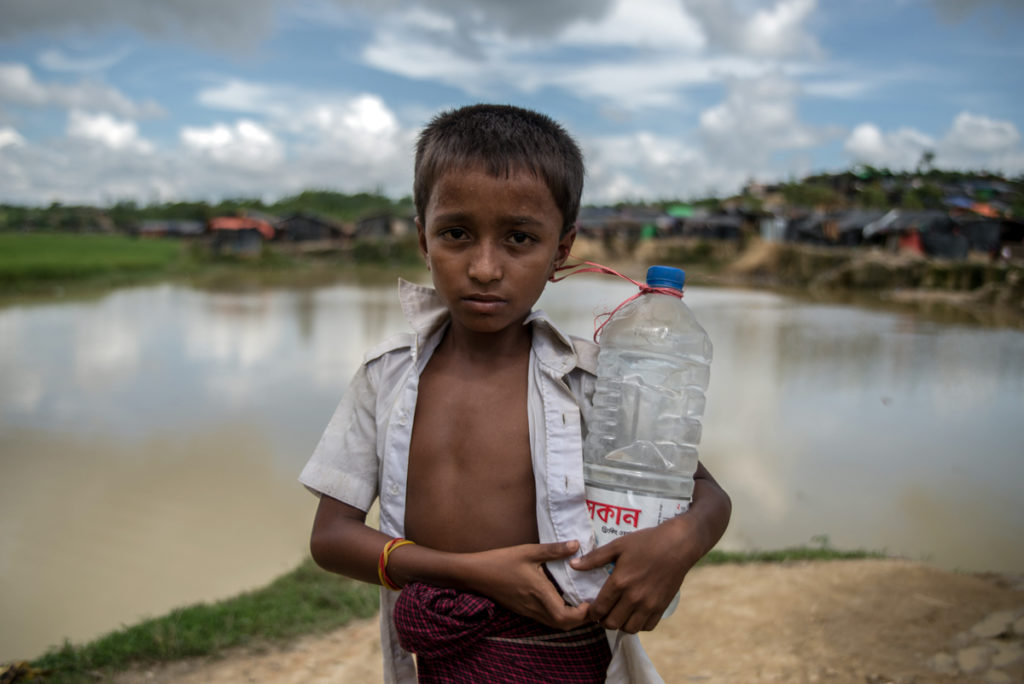 Who are the Rohingya

The Rohingya are Bengali-speaking Sunni Muslims who began to arrive in Rakhine state in north-west Myanmar several centuries ago.  Their numbers were greatly added to by mass-migration from what was then British India during the colonial period. In a citizenship law enacted in 1982, the Myanmar government refused to recognise their citizenship or ethnic minority status. Even the term Rohingya is forbidden.

Extremist Buddhist nationalists, including monks, are engaged in a campaign of violence and hate speech against the Rohingya, while refugees are reporting widespread atrocities by the Myanmar military including burning and plundering villages and shooting civilians.

On August 25th, a group of Rohingya militants fought back and attacked security check points, triggering the current crackdown which has been described as out of all proportion. An estimated half of all Rohingya are now thought to have left Myanmar, their villages standing empty. 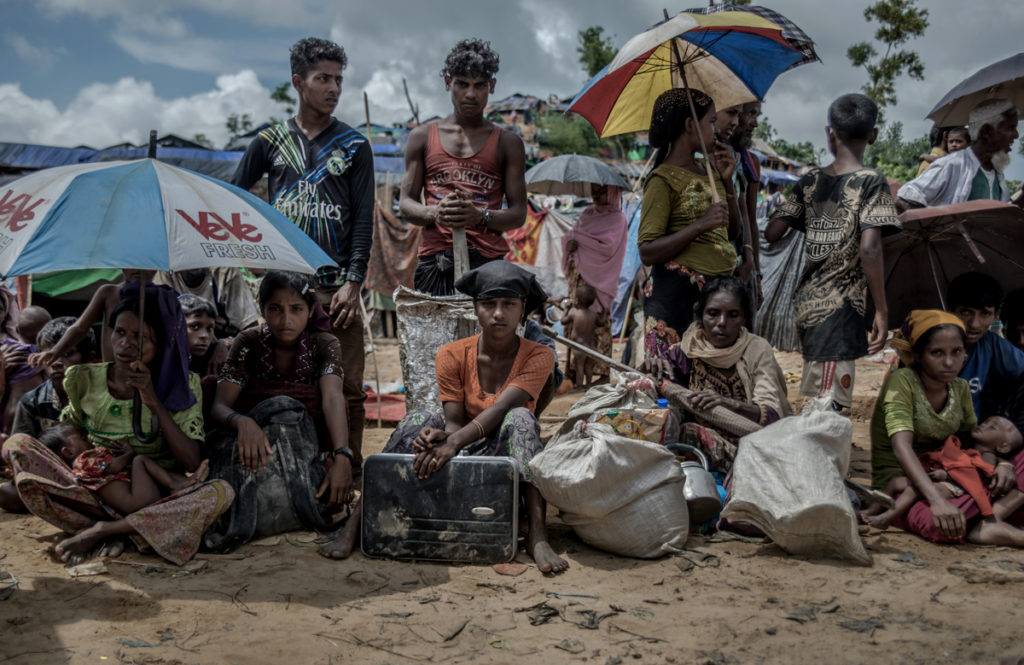 In coordination with the Bangladeshi government and other Caritas member organisations, Caritas Bangladesh first-phase plans will reach 10,000 families (around 60,000 people) with food and utensils. The second phase will include provision of shelter, clean water and sanitation. Caritas is also in communication with UN agencies, and has been approached by UNICEF to help ensure basic education for Rohingya children.

The local diocesan office in Chittagong is coordinating the relief effort. The archbishops of Dhaka and Chittagong have both visited the camps in the last few days. “The brutal attack on civilian children, women and men in the name of action against militancy is fully unjust,” said Archbishop Moses Costa of Chittagong, whose archdiocese covers the main refugee area.

Caritas member organisations are joining forces to raise awareness and funds for the crisis, and to scale up operations to provide expertise and staff in the field.

Pope Francis, due to visit Myanmar this November, has called for prayers for “our Rohingya brothers and sisters”, adding: “I would like to express my full closeness to them”.