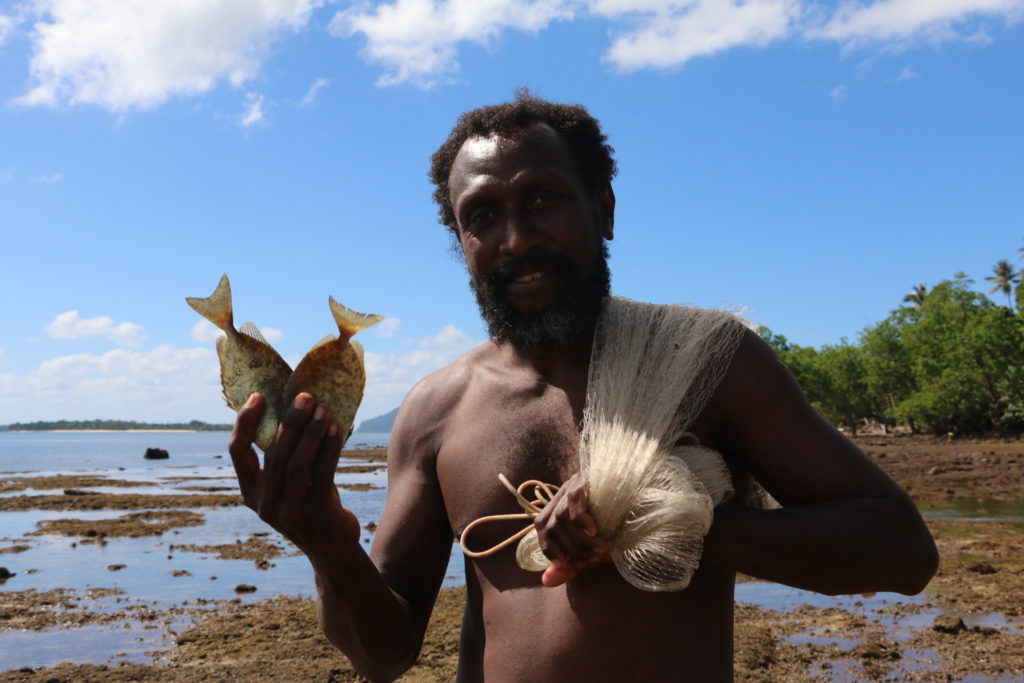 On Vanuatu, teacher and fisherman Tony Raymond says fish are getting smaller and the reef is dying due to silt washed down from the highlands. Photo by Caritas

Launching the State of the Environment for Oceania 2017  report, Caritas leaders across the Pacific region highlight widespread disruption to coastal peoples caused by rising sea-levels, flooding, erosion and the abuse of ocean resources.

In a sobering message from communities living at the sharp edge of climate change and environmental degradation, Turning the Tide tells of rising water tables, salt seeping into groundwater, poisoned fish and dying mangroves. “We have never seen those things happening,” points out George Alabeni, a Caritas partner in the Solomon Islands. “It’s new to us.”

The impact across Oceania is indicated as ‘severe’ in this annual risk assessment that was started in 2014 by Caritas members in Aotearoa New Zealand, Australia, Tonga, Samoa and Papua New Guinea, in consultation with local communities.

The effects of environmental factors preventing access to safe food and water are judged to be ‘high’. This includes extreme weather events and aggressive land use such as mining, logging and palm oil plantations, which adversely impact people’s food and clean water supplies.

The report criticises the current inadequate quantity and quality of climate financing – the money made available to assist developing countries feeling the brunt of climate change – although funding to the region is increasing. Not enough is being pledged yet, say the Caritas leaders, and not enough is reaching the most vulnerable people.

Caritas is documenting how Pacific coastal dwellers are being forced to abandon their homes. “It’s almost like having your heart ripped out of your chest,” says Mayor Fred Gela of the Torres Strait Islands, where 15 communities have been identified as at risk from sea level rises. For people who have lived by the ocean for generations, it is hard to say goodbye to land that is their birthright.

In nearby Papua New Guinea, Caritas Diocesan Coordinators have identified coastal erosion and/or flooding in 12 out of 19 dioceses, with 30-35 communities seeing people moving away or relocating to higher ground. Almost all coordinators report food and water supplies being affected by weather events and large-scale extraction of resources.

“I grew up in that house and now it is abandoned,” says Muliagatele Siafao Malo. In her coastal village of Solosolo in Samoa, 60 per cent of people have had to relocate. The land of their ancestors is simply disappearing into the water. Sea levels around Samoa are predicted to rise 7-17cm by 2030 relative to the 1986-2005 average level.

“Beneath the waves, the temperature, volume and chemistry of our oceans is changing,” warns the report. As George Alabeni in the Solomon Islands says, “The sea is very hot sometimes…and it is not pleasant,” Rising ocean temperatures are disturbing marine life patterns, with locals reporting that there are less fish, and that the ones they do catch make them sick. Dead fish wash up on the islands’ once-beautiful beaches. “The world is changing – everything is changing,” says George.

Irresponsible land use that ignores the needs of the environment and local communities is combining with increasingly severe weather events to push people living from subsistence farming and fishing to the very edge of survival. Sea-bed mining, oil and gas production, palm oil plantations and logging are all affecting access to traditional sources of food and water. 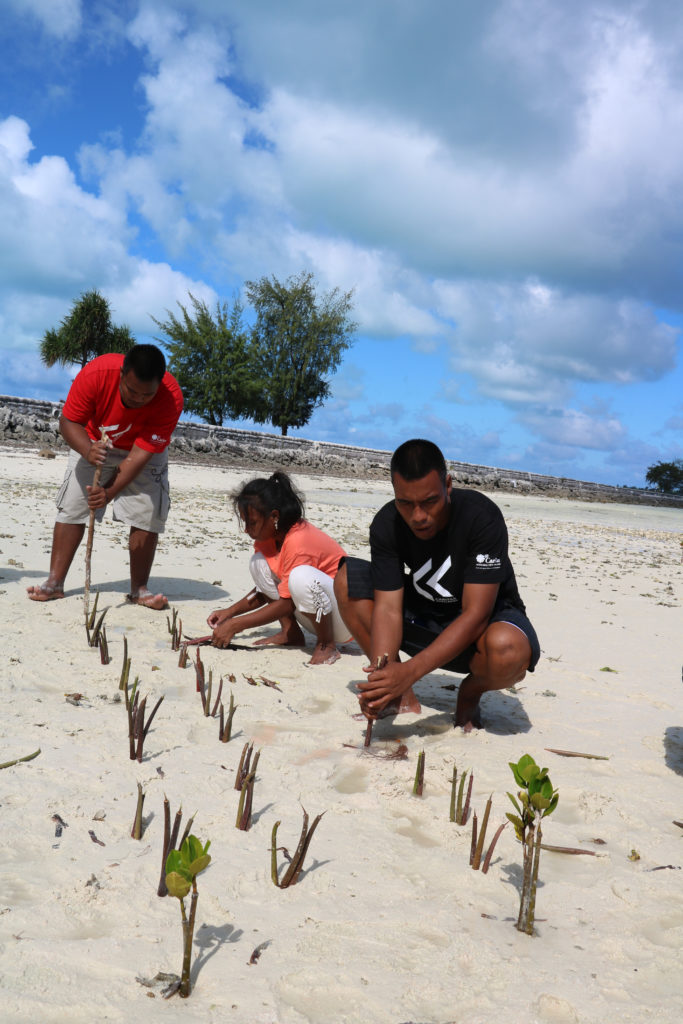 In Turning the Tide, Caritas leaders call on international leaders, the governments of Oceania and civil society to protect these threatened communities – and our shared global future. Proposed actions include fully implementing the Paris Agreement on climate change, and specific measures to invest in sustainable agriculture, fisheries and water conservation, limiting the use of harmful chemicals.

Big business and government must operate in responsible ways. A moratorium on seabed mining and prospecting is called for. More climate finance to support Oceania is needed, and these funds must be better channelled to reach vulnerable people directly.

Pacific coastal dwellers have traditionally lived in an interdependent relationship with the land and the ocean. This way of life is now fundamentally threatened, and a haunting question comes from the people of Pomio, Papua New Guinea as a warning to the rest of the world:

“Where will we plant our gardens in the future?”