As the international community meets in Bonn to discuss climate change at COP23, Caritas is speaking out on behalf of those worst hit by global warming. 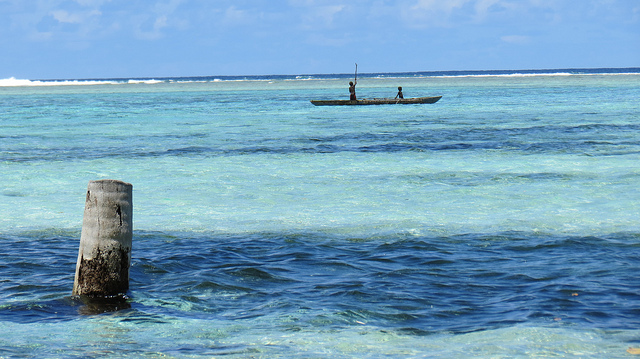 The Carteret Islands are a ring of six atolls 50 miles off the coast of Papua New Guinea. The islands will soon be underwater as rising sea levels will leave them submerged. Photo by Patrick Nicholson/Caritas

From the vantage point supporting people at the front line of climate change, Caritas is bringing a strong message to the UN Climate Change Conference, 6-17 November.

“Where will we plant our gardens in the future?” is the haunting question asked by people in Papua New Guinea, where Caritas has seen at least 35 coastal communities forced to relocate due to rising sea levels.

“The world is changing, everything is changing,” says Caritas partner George Alabeni in the Solomon Islands, where hotter seas and marine pollution are resulting in poisoned fish washing up on once-beautiful beaches.

“We are already seeing a big impact from climate change,” said Caritas delegate Sally Tyldesley from the UK agency CAFOD. “The people we work with are some of the most vulnerable to climate change.”

The Bonn meeting is seeking to develop a detailed ‘rule book’ as countries work to implement the groundbreaking 2015 Paris climate accord which set targets to try and keep global temperature rises below 2C. It is being hosted by Fiji, an island nation badly affected by sea level rises and cyclones.

The task for the conference is clear, says Caritas. The international community must be much more ambitious in cutting greenhouse gases. Industrialised nations are falling well behind on the targets they set themselves two years ago, with Caritas Germany pointing out that even their country had reached its full 2017 quota of carbon emissions by April. 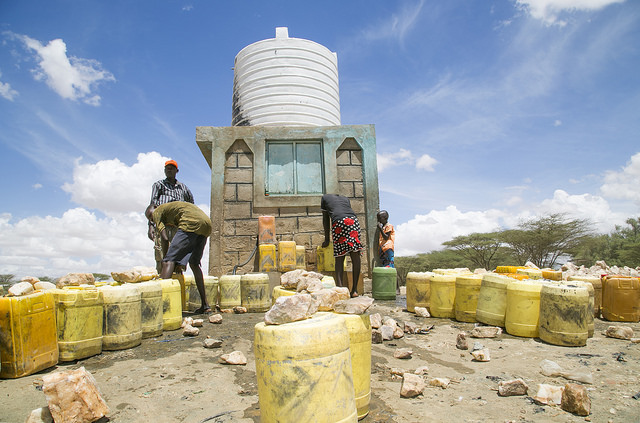 Turkana in northern Kenya has been hit by a massive drought for over a year, triggered and worsened by the effects of El Nino. Caritas helps develop local capacities to sustainably tap and exploit precious water reserves. Photo by Nancy McNally/Catholic Relief Services

A thorny area at Bonn will be the issue of ‘climate finance’ – the amount that developed nations should pay to less-developed countries who are suffering the worst impact of climate change yet typically have done least to provoke it.

Caritas champions the cause of fair climate finance pledges and urges countries to look beyond narrow national interests to make decisions for the common good.

Caritas speakers from Kenya and Oceania at a side event “Climate, Land, Food: Virtuous Synergies for our Common Home” bore witness to the severe land and ocean degradation impacting their communities.

Kenya is currently suffering from drought with widespread crop failure and millions affected by hunger. Coastal communities across Oceania are being displaced by coastal erosion and flooding. 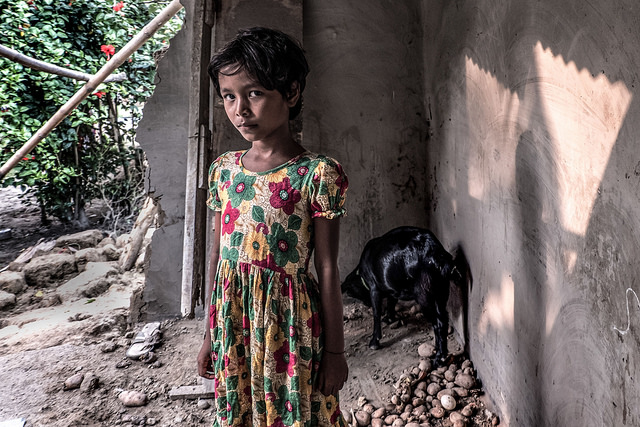 This building was one of many destroyed by extreme flooding in August in Bangladesh. Photo by Tommy Trenchard/Caritas

An increasing number of severe weather events is bringing untold suffering to communities where Caritas works. Just this year Caritas has brought emergency relief and disaster preparedness planning to those affected by Hurricanes Irma and Maria in the Caribbean, to communities hit by landslides in Peru, Colombia, Guatemala and Sierra Leone, to people across East Africa undergoing severe drought and to South Asia where unprecedented monsoon floods have impacted 45 million people.

Caritas delegates will share lessons learned from these disasters and put forward ideas for adapting to climate change and finding survival strategies to ensure people are better prepared.

The message of Pope Francis’s encyclical Laudato Si’ speaks loudly: we must care for our common home, the Earth, and find a new relationship between humankind and the environment.