Violence is plunging the people of the Democratic Republic of Congo into a major humanitarian emergency, warns Caritas.

This year will see 2.2 million children suffering from severe acute malnutrition in the country, and 13.1 million people in need of aid in order to survive. With over 4 million civilians forced from home by conflict, Congo is now the African country with the highest number of displaced people. 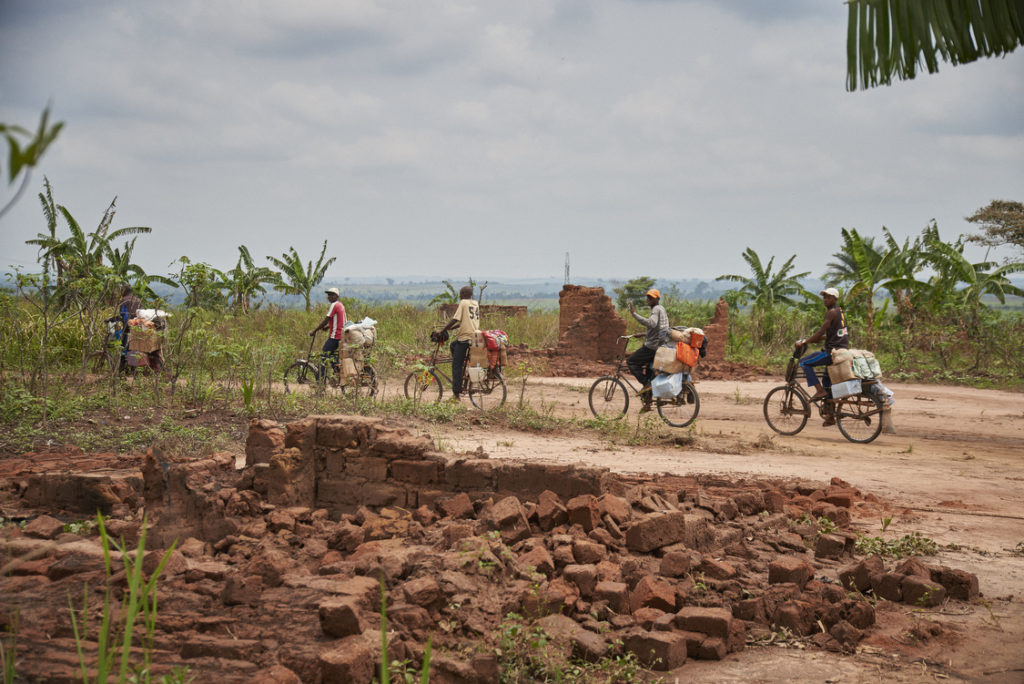 Men ride bikes past a house that was burnt and destroyed in the village of Lumbambala, Province of Lomami, Democratic Republic of Congo. Photo by Sam Phelps/CRS

“The people have been wounded, crushed,” says Mgr Marcel Utembi, President of the Congolese Bishops’ Conference. “Now they need to be accompanied.”

Congo is a vast nation at the heart of Africa, whose problems spread quickly into neighbouring countries. Its people are in dire need of stability and humanitarian intervention to prevent civil war.

“We fear that a powder keg is about to ignite a resurgence of fear, anger, and insecurity, as the people face an uncertain 2018. The Church is doing all that it can, but if the international community doesn’t react quickly, it will be too late.” – Bernard Kateta Balibuno, CAFOD’s country representative

“We are deeply alarmed to see the ever-increasing zones of insecurity,” say the Congolese bishops in a statement issued 19 February. Two serious outbreaks of inter-ethnic fighting in the eastern part of the country, in Ituri and Fizi, are adding to a rapidly deteriorating situation for the civilian population.

Caritas Bunia in the northeast region of Ituri has sent out an SOS, after massacres took place during nine bloody days from 2-10 February, causing a massive displacement of the population and sparking a humanitarian crisis.

At least 30 people are dead, 2,000 homes burned down and over 100,000 people have been forced from their homes. Schools are closed and hospitals stand empty, as even the very young and the sick have fled for their lives.

An emergency field evaluation by Caritas reports enormous need amongst these displaced people for food and shelter, non-food items, education, clean water and sanitation. Ireland’s Caritas member organisation Trocaire is active in the area alongside three dioceses and Caritas Congo, and is appealing for emergency funding.

“The Congolese state must properly fulfill its role as the protector of civilians and their property,” says the diocese of Bunia. “It must stop this barbarity without further delay and punish those responsible.”

Meanwhile further south in Fizi, South Kivu, thousands have been killed and around 125,000 displaced by conflict between the Congolese army and local armed groups. Caritas Uvira is reporting an alarming deterioration of the humanitarian situation since December, with people fleeing in all directions, many crossing into Burundi and Tanzania.

Caritas describes the urgent need for food, shelter, and healthcare for people who have suffered grave human rights abuses including rape, wounds, torture, arson, arbitrary arrest, forced labour and generalised lack of access to any services.

The conditions for children in Fizi are particularly severe, with a very high rate of malnutrition pre-existing the present conflict and more than 80 per cent of displaced children not attending school. Child mortality is high, not only from malnutrition but from anaemia, diarrhoea and malaria.

Caritas is carrying out evaluations of the situation and coordinating weekly with the UN agency OCHA to meet the needs of the displaced population.

The formerly peaceful Kasai region has been thrown into chaos by conflict between local militia and Congolese army in 2016-17, resulting in mass killing, arson, and atrocities committed by both sides. 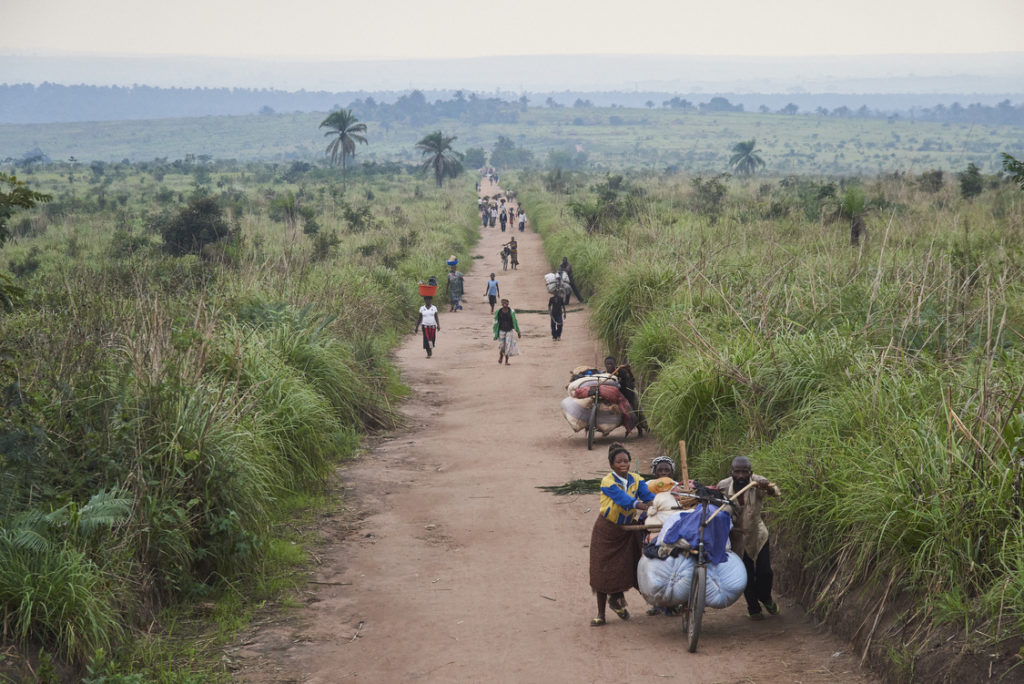 Many of the villagers fled their homes into the bush as violence in Kasai continues. Photo by Sam Phelps/CRS

The crisis expelled 1.5 million people from their homes, half of whom are living in the inhospitable and dangerous conditions of the Congolese bush, too afraid to return home.

Caritas is at work throughout this region, implementing both emergency and long-term projects in an area that few other humanitarian agencies have previously reached. The needs here are great, with 400,000 children suffering from severe acute malnutrition and a landscape devastated by war.

A Caritas emergency appeal is underway this Lent for Kasai, where Caritas and the Catholic Church are helping people to re-start their lives after the terrible ordeals they have suffered.

Condemning the political crisis and violence in Congo, the country’s bishops have issued a strongly-worded statement urging the entire population to take control of its own destiny by peaceful means.

“The Democratic Republic of Congo belongs to all her sons and daughters,” say the bishops, appealing to the international community to aid the political process.

The bishops especially deplore the government crackdown on peaceful Church-led demonstrations on 31 December and 21 January, when security forces fired teargas into churches, shot live rounds into congregations as they fled, and even arrested altar boys. UN peacekeepers reported at least eight dead in the first attack and six on 21 January.

“Why are there so many dead and wounded,” ask the bishops, “so many arrests, abductions, attacks on parishes and religious communities, humiliation, torture, intimidation, desecration of churches, prohibition of prayer? What crimes have these Christians and Congolese citizens committed?”

Pope Francis has also added his personal appeal for the people of Congo, announcing a special day of fasting and prayer for peace on Friday 23 February, with special emphasis on the DRC and South Sudan. He invites all people of goodwill to join in the initiative in their own way.

“I launch a heartfelt appeal that we too may listen to this cry and each, according to his or her own conscience before God, can ask: “What can I do for peace?”.

Caritas asks for your prayers this Lent for the war-affected population of Congo, for your generosity, and for your help in sharing this story. It’s time to break the silence.