Chilling in Mongolia:
A behind the scenes look

It’s hard to sleep by a cow. Your head being level with its backend puts you off. The cow and a few goats are inside because they’re weak from hunger. If they were outside in the minus 40 degrees cold, they’d soon be dead.

The huge hairy dog is out there though, guarding the rest of the 500-strong herd from wolves. My canine-loving colleague, the photographer Katie Orlinsky, protested about this unfairness. I was less vocal. 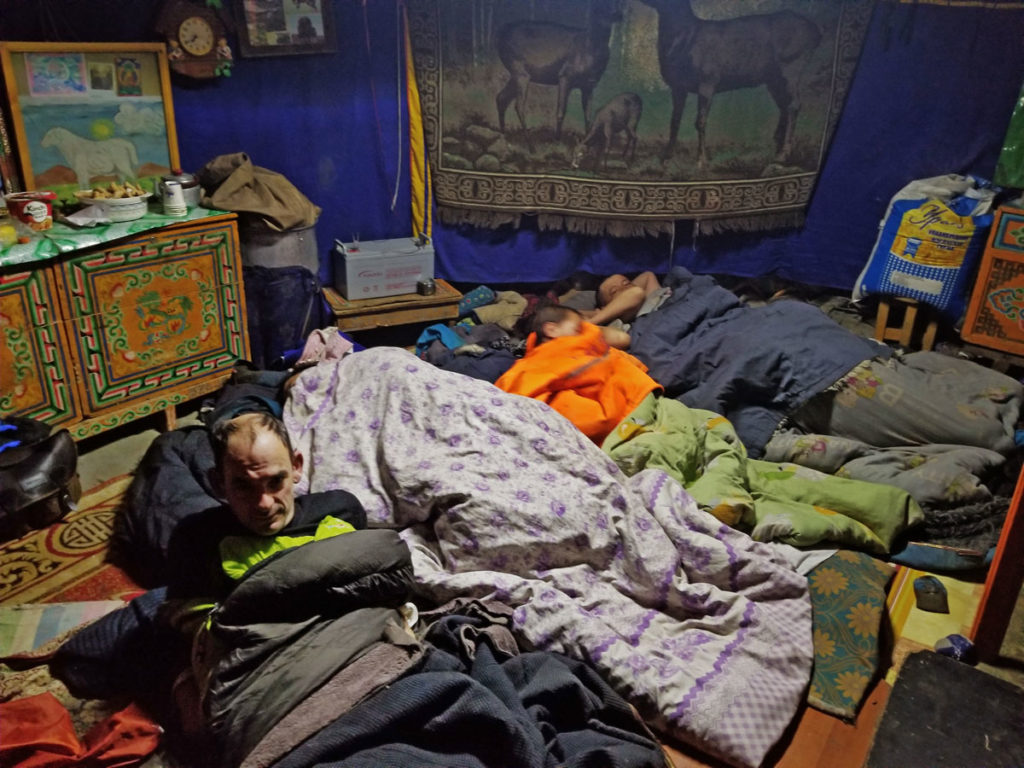 We’re staying in the ger of Davaadorj and his wife Chuluunkhuu. A ger is Mongolian for what foreigners call a yurt. They’re round felt-walled, one-roomed tents that the nomadic herders of the Steppe pack up several times a year as they lead their animals in search of pasture. Literally, ger means home and are so iconic to Mongolia that Caritas Mongolia has incorporated one into its logo.

This one is in a remote part of Western Mongolia. To get here, we’d set off at dawn from Ulaangom the ugly provincial capital of Uvs province. Most of the driving was off road, first through lowlands frozen blue before careening up into the high white mountains.

We arrived by eleven, after perhaps six hours travel, without seeing another soul. We’re greeted as always by a cup of tea. I don’t care for the milky, salty tea, but I do like the Mongolian addiction to hardboiled sweets. We huddled by the warm stove to explain our mission. 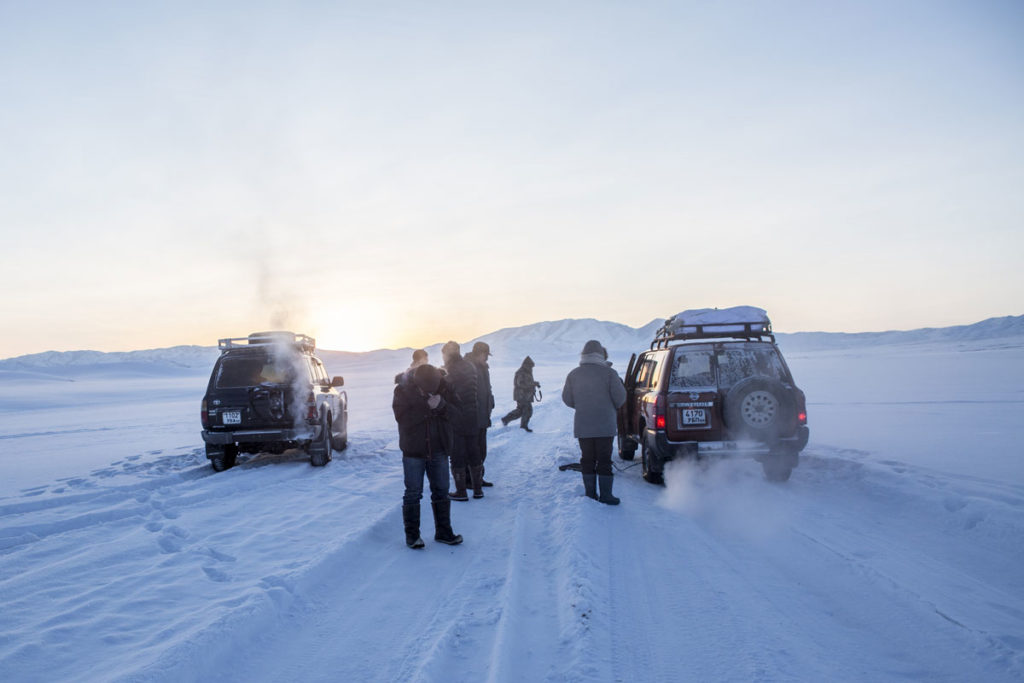 For the last two years, Mongolia has experienced what they call a dzud. That’s when their animals die in huge numbers due to starvation or freezing to death.  A terrible drought last summer and severe cold this winter means the herders face a tough spring.

A dzud used to happen “once every year of the monkey” which I translate as “once in a blue moon”. But they’re becoming more frequent due to climate change and overgrazing, forcing the herders to up ger and migrate to the cities, where poverty and pollution await.

Caritas Mongolia provides fodder, hay and food to the herders to keep their animals alive, but also works in Ulaanbaatar providing kindergartens and skills training to families that have moved from the countryside.  We’re here to tell that story.

Davaadorj takes his animals to pasture shortly after we arrive. He takes Katie with him, atop his horse. It’s no easy task to take photographs. I can take my outer gloves off for 30 seconds before my fingers start to freeze. Using a Smartphone is more tricky because you need bare skin to work the touch screen. And then if you stay out too long your phone and your camera freeze anyway.

They return around six. The animals are locked up. Chuluunkhuu fills the stove one last time with dried dung that’s used as fuel. Then we help prepare the small meat-filled dumplings for supper. They’re made with onions and diced lamb, wrapped in a pasta-like dough, and then steamed with water boiled from snow.

Davaadorj and Chuluunkhuu talk about life, as I teach their two youngest children how to make paper aeroplanes. The couple met at a summer party, married, had children and moved up into the mountains. Every herder I asked doesn’t want to leave but they all want a different life for their children. Most have relatives in Ulaanbaatar and that’s where they want their children to go too.

It’s hard to imagine swapping the vast majesty of the Steppe for the cramped smog of Ulaanbaatar. One family we’d meet there spends nine hours a day combing through the city’s garbage heap and makes $8. Katie described the heap and its human scavengers as a “dystopian deathscape”.

Back in the ger, Davaadorj explained that he’s not much of a fan wrestling, the national sport. He prefers singing and produces a two-pitch harmony somewhere from his throat. It’s a sound shaped by the nature and by centuries of tradition. Then he offers us all Airag, an alcoholic spirit made from fermented mare’s milk. Maybe I would’ve forgotten about the cow and slept better if I had drank more. Instead I just took a few polite sips, not fancying going outside if I needed the loo, what with the cold and the wolves.

This recipe will serve 1 to 2 people. 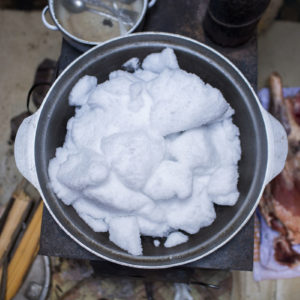 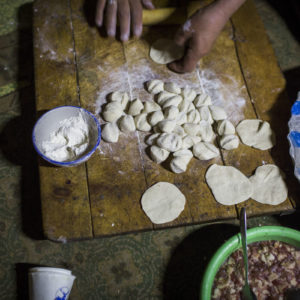 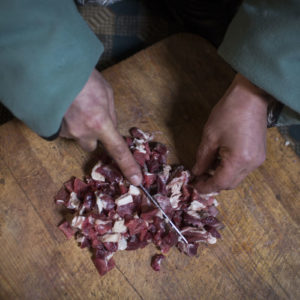 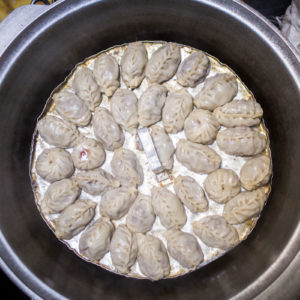